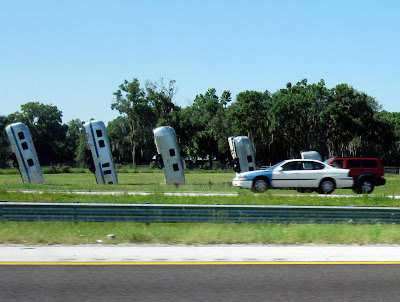 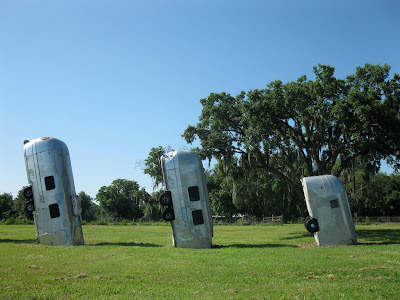 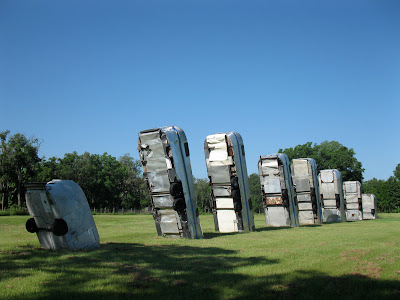 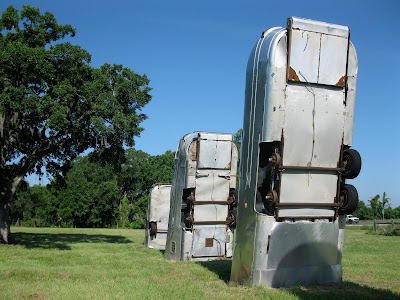 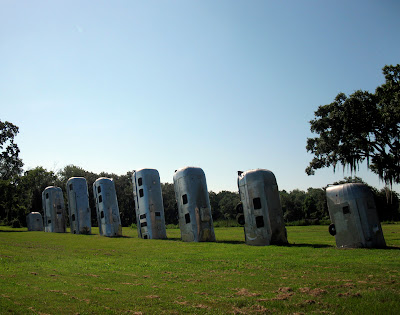 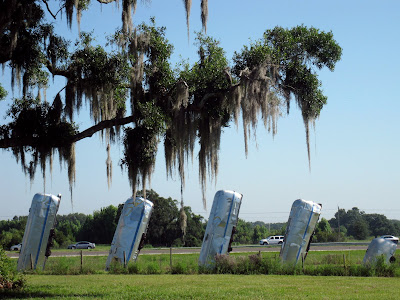 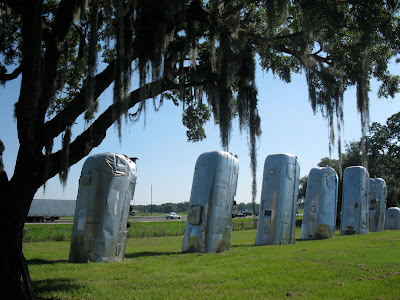 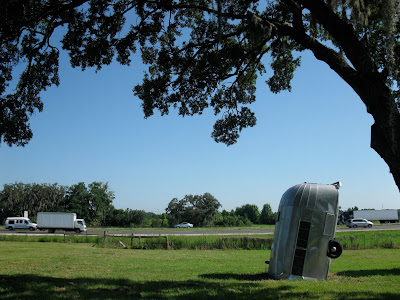 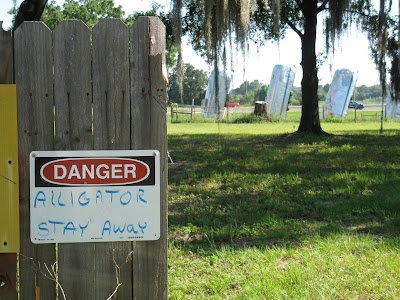 Amarillo, Texas has the Cadillac Ranch. Alliance, Nebraska has Carhenge. And the pleasant central Florida hamlet of Dover has the Airstream Ranch, seven and a half shiny Airstream trailers of different size and vintage upended and partially buried nose-first in a field along Interstate 4, about a half-hour east of Tampa. The brainchild of Frank and Dorothy Bates, proprietors of the Bates R-V dealership (who bill themselves as the largest Airstream dealership in the United States), it was installed on their property on 2007 in honor of Airstream's 75th anniversary (hence the seven and a half). But like all great eccentric roadside attractions, it wasn't without controversy. Seems some of the neighbors hated it and Hillsborough County officials fined the Bateses $100 a day until it was taken down. The Bateses appealed and last February a three-judge panel ruled in their favor and they got to keep their ranch. The Bateses' argument was that it was an artistic expression, not an advertisement, and, while the judges avoided answering whether or not it was art, they did conclude that it wasn't advertising and it wasn't junk, so there it stands. And it's going to get even better: "Now we're going to light it at night," says Mr. Bates. Bravo to the Bateses for their eccentric artistic vision. If you build it, they will come.
Posted by Gunnar and Sherry at 5:45 PM

Great images! I have yet to get a photo of it that close. One of my favorite interstate roadside items in Florida...

It was really great Rick, and the owners are very accomodating. They even give you a little map to get you there conveniently. I loved the Spanish moss, too...very Florida!

Yay! I was waiting for this one!

I think lighting it at night is an excellent idea. We need a bit of Blackpool in Florida.

It's really awesome, Suzanne, and even though it's next to the Interstate, the little back roads you take to get there feel like you're driving through Florida in the 1930s.

I hadn't heard of this particular ranch. I know there is the Cadillac Ranch in Nebraska and the Truck Henge in Kansas, but I wonder how many other henges there really are? Other than...you know...that famous stone one in England.

I've been to the Cadillac Ranch, Carhenge and Foamhenge in Virginia. There is a Refrigeratorhenge out there somewhere, too, but I've haven't been there yet!