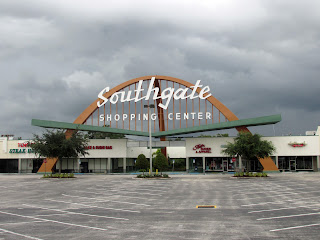 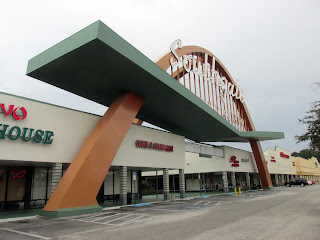 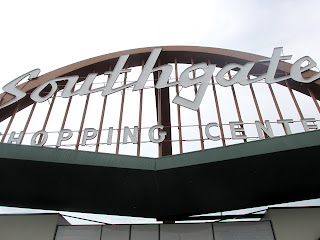 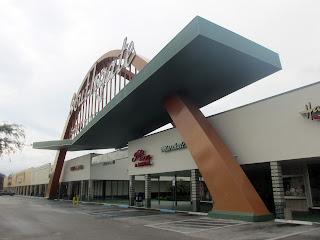 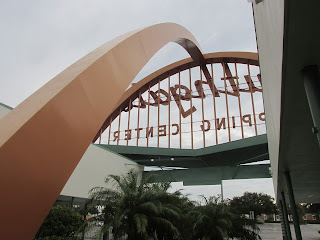 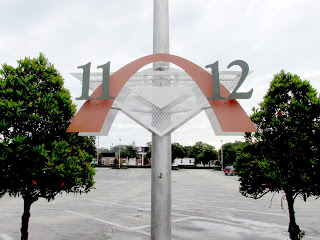 There's a shopping plaza in the central Florida town of Lakeland that's celebrating its 60th birthday this November, and it doesn't look a day over the Eisenhower administration. The Southgate Shopping Center on South Florida Avenue was the brainchild of George Jenkins, founder of the Publix grocery store chain. He figured a plaza with many stores would attract more customers than just a free-standing supermarket, a rather "no duh" idea by today's standards, but revolutionary at the time. The beauty of this location is the fact that that the stupendous parabolic arch with its mid-century modern lettering and style hasn't been updated to something more current and, in most cases of older places being "modernized," made bland. Say what you will about Southgate, bland it ain't. Director Tim Burton thought as much, and he chose the Southgate as a location for his 1990 movie "Edward Scissorhands." It's where Edward, played by Johnny Depp, has his hair salon.

Bravo to the Publix grocery store chain for keeping the retro vibe alive in Lakeland. It's Fat city,  the place to make the scene Daddy-O, and we dig it the most.

Posted by Gunnar and Sherry at 1:27 PM 9 comments: