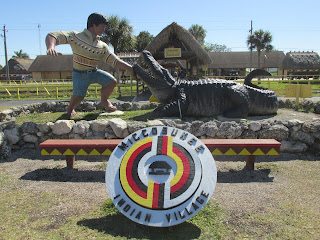 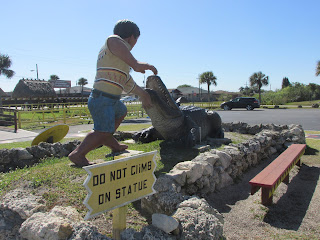 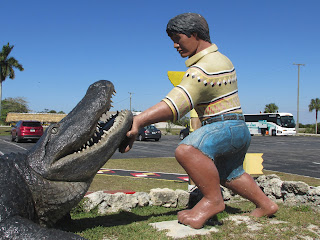 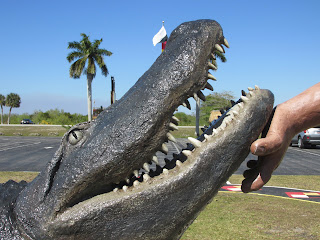 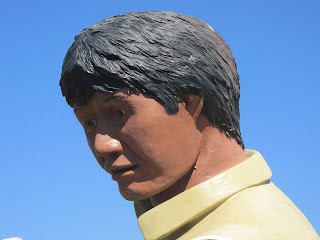 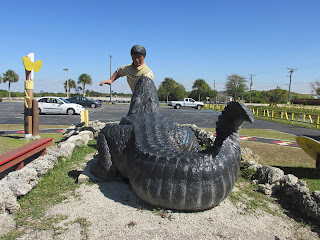 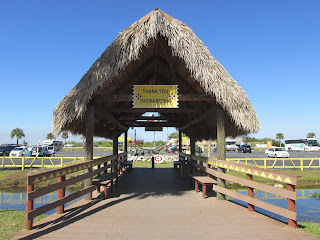 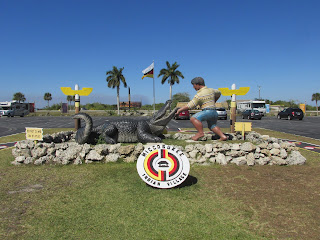 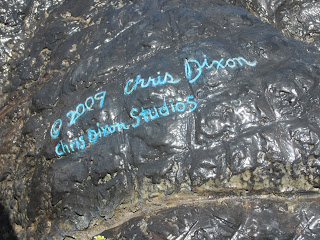 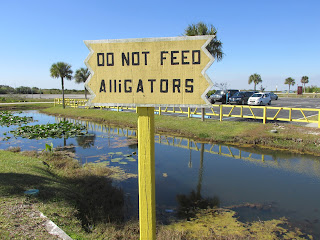 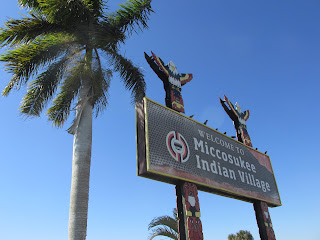 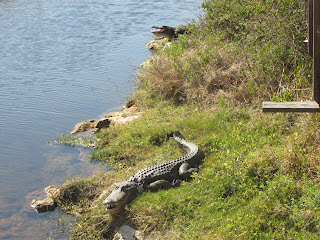 We saw the real deal just down the road apiece.

Route 41 is the old highway that runs east and west along the very most southern part of Florida. It's also known as the Tamiami Trail (that name being a Desilu-type smashup of Tampa and Miami) and runs right through the Everglades. A good deal of this land is owned and run by Native Americans and the Miccosukee tribe has a large development that includes dining, gaming, nightlife, entertainment and other resort-like whatnot. They also have the Miccosukee Indian Village, that features a museum, airboat rides and an old-time Florida tourist staple throwback, alligator demonstrations. We're glad to see them using the word "demonstrations" and not "wrestling" because we're not huge fans of poking at animals mercilessly until they snap at you. We also understand, though, that Native Americans get shafted a lot of the time and need to make a living, so we're happy their website says "no harm or pain is inflicted on the alligators during The Alligator Encounter," an event where visitors are taught "how to respectfully touch and mount a Florida alligator." This is good to know -- if I was going to be touched and mounted by a tourist, I'd want it to be done with respect. The statue depicts a young, husky tribesman with his hand under a frisky-looking alligator's chin, and not in a "coochy-coochy-coo" sort of way. The signature reads that of Chris Dixon of Chris Dixon Studios and 2009. The statue can be seen as you whiz down Route 41 at 60 mph and does cause a double take because of its size and folk-art style, a reaction we get when we see other huge roadside giants. Nice for us eccentric roadside attraction fans that such a recent work of promotion was done in such a retro sort of way. See you later, alligator!
Posted by Gunnar and Sherry at 4:58 PM No comments:

Are the Everglades eccentric? Does a bear ride an airboat on a Coke can? 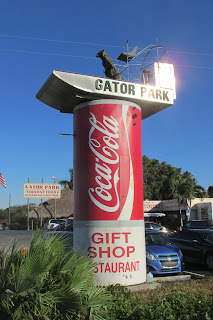 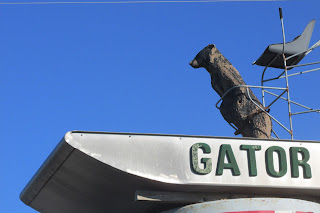 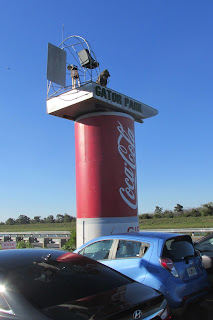 As far as national parks go, Florida's Everglades are more subtle and don't scream crazy-eccentric like Yellowstone or Bryce Canyon, but they are not without their kooky charms. Take, for instance, the sign that beckons travelers to the Gator Park restaurant/gift shop/airboat depot on Route 41 near Shark Valley. An approximately 8-foot tall Coke can sits atop a 4-foot pedestal. But wait, there's more. Cruising the top of the Coke can is a decommissioned airboat driven by a life-sized artificial bear. This is particularly eccentric, since the place is called Gator Park and not Bear Park. It's just the tacky ticket to greet you or bid you farewell to this one-of-a-kind region and must have taken some doing to assemble.

Kudos to you Gator Park. This place floats my (air) boat and to not "pop" in would have been more than I could bear. You really know how to gator done.
Posted by Gunnar and Sherry at 2:06 PM No comments: