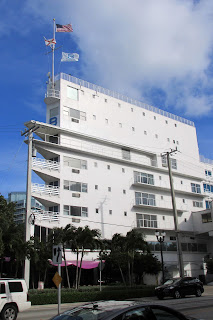 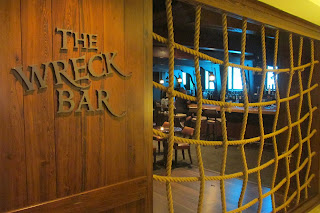 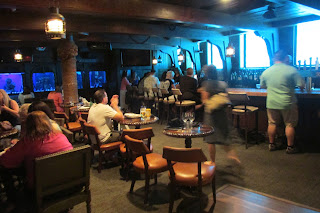 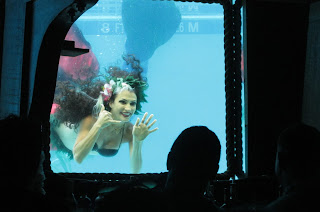 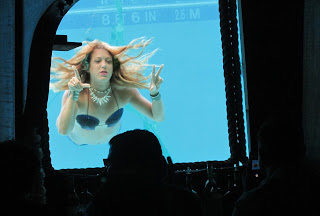 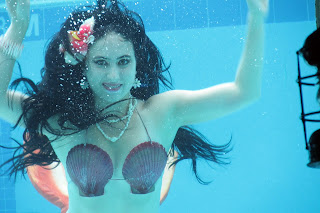 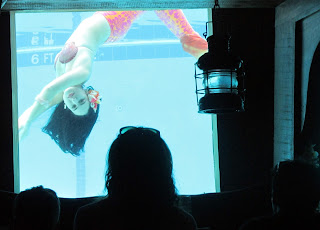 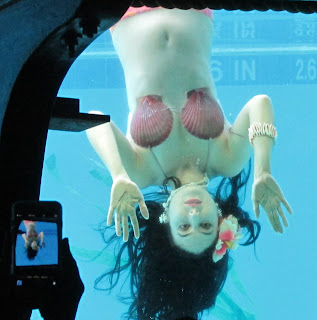 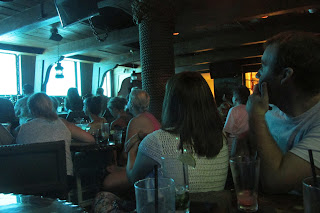 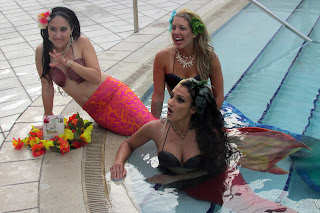 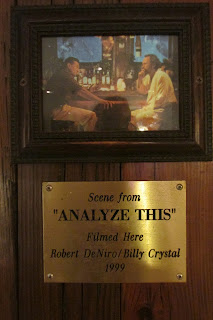 We've already blogged about Weeki Wachee, the spectacular retro mermaid attraction on the gulf coast of Florida, but hold on to your dorsal fin. There's another old-timey live sea nymph show on the east coast of the sunshine state. Every Friday and Saturday, Fort Lauderdale's Wreck Bar inside the B Ocean Resort, a hotel once known as the Yankee Clipper and shaped like a giant cruise ship, puts on a retro-tastic mermaid performance. The Wreck, fashioned after a pirate ship interior, looks out through windows behind the bar at the hotel's pool. It's not uncommon to see hotel guests frolicking and, er,  adjusting themselves in the chlorinated paradise during the non-showtime hours. That all changes at 6:30 on Fridays and Saturdays during the hippest, splashiest happy hour this side of Atlantis. The fabulous Marina Duran-Anderson, or MeduSirena as she's better known, and her pod of Aquaticats, lively gorgeous gals dressed as mermaids, put on a thrilling aquatic performance that would make Esther Williams proud. It takes a lot more than just holding your breath to put on a great 30-minute mermaid performance. MeduSirena and her school of 'maids have to keep in top physical condition and must suffer both sore muscles and the burn of chlorine-drenched eyes (Goggles? On these gals? Not on your nelly). Let's hope they're getting paid more than scale. And the beauty of all of this: the show is free. That's right... not one clam, sand-dollar, fin, doubloon, coconut, fish, (s)quid, piece-of-eight, or frogskin (I've got an internet slang thesaurus and I know how to use it). So if you're in Fort Lauderdale, harken back to a time (the 1950s and 60s) when there was no better way to spend an early weekend evening than by downing a couple of mai tais while watching an alluring mermaid show in a cozy wrecked ship-themed watering hole. It's mer-vana.
Posted by Gunnar and Sherry at 7:34 PM No comments: