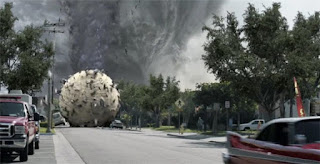 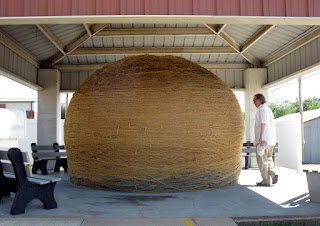 We were in Cawker City under much calmer conditions. 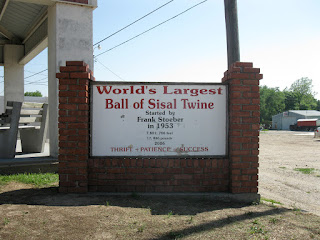 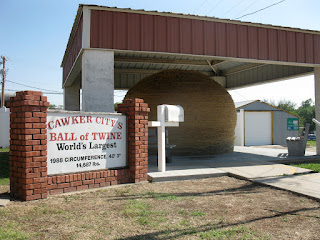 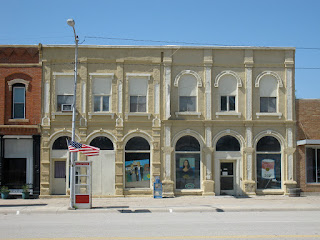 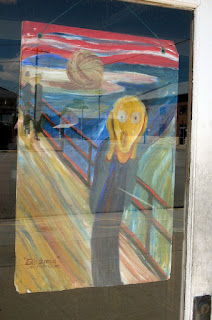 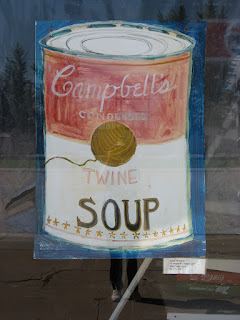 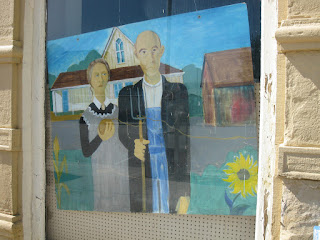 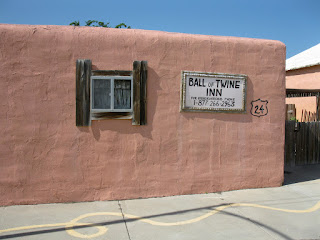 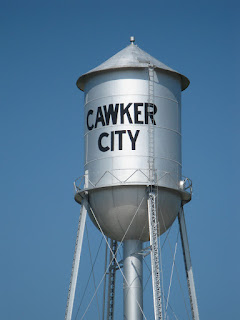 You may have noticed the posts here have been rather few and far between lately, but something just got us off our duffs and back to the old blogging keyboard. While casually partaking in the national pastime/tragedy known as "Sharknado" we encountered an eccentric roadside attraction shout-out that got our noses out of the road atlas and glued to the electronic fireplace aka TV set. In "Sharknado: The 4th Awakens" Fin Shepard (played by the sublime to ridiculous Ian Zierling) and his gang find themselves in Cawker City, Kansas where the inclement weather results in a twine-nado: a shark-infested world's biggest ball of twine that liberates itself from its shed in downtown Cawker City and rolls down the main drag not unlike that big ball in the Indian Jones movie ("Sharknado" never met a movie it didn't like to blatantly steal, er, pay homage to). Fin stops the ball by grabbing a loose string and, well, tying it up so it won't roll any more. Unfortunately, this is after the ball takes out, among others, Paul Shaffer, who has apparently fallen on hard times since David Letterman retired and is doing a live (final) performance in town.

We give a rating of five out of five concrete potatoes to the Sharknado gang for including Cawker City in their masterpiece. Here's our original Cawker City post from a few years back:

I've often used the phrase "the world's biggest ball of twine" as a generic label for any really eccentric roadside attraction that makes an awesome feat out of something mundane. It wasn't until recently, though, that I actually got to see one of the actual world's biggest balls of twine (there's more than one, depending on who you believe), which makes its home in the small north central Kansas town of Cawker City. A Mr. Frank Stoeber, a local farmer, started the twine ball with odd bits in 1953 and within four years he had a ball that weighed 5,000 pounds and stood 8 feet tall. In 1961 he gave the ball to Cawker City and at the time of his death in 1974 the ball was 11 feet tall and contained 1.6 million feet of sisal twine (sisal being an agave plant that yields a stiff fiber). To keep the ball growing and its place in the record books, Cawker City holds an annual Twine-A-Thon every August where the public is invited to add odd bits of twine to Mr. Stoeber's overgrown baby (string and yarn are prohibited and rules are strictly enforced). Today, the ball sits under an open air gazebo (its second after outgrowing the first) complete with park benches to meditate on its magnificence. As of September 2009, the ball weighed over 9 tons, has a 40-foot circumference and over 1500 miles of twine -- enough to reach either coast from the heartland of Kansas, or wrap up an awful lot of brown paper packages.

And as if that wasn't enough, Cawker City did something even more wonderful. In the windows of the melancholy downtown abandoned storefronts are parodies of art masterpieces such as The Mona Lisa, The Scream and American Gothic, all containing balls of twine. Local artist Cher Olsen has painted over 40 of these gems that delight with every passing glance, making Cawker City one of the eccentric roadside wonders of the world. To twine own self be true.
Posted by Gunnar and Sherry at 6:31 PM 2 comments: