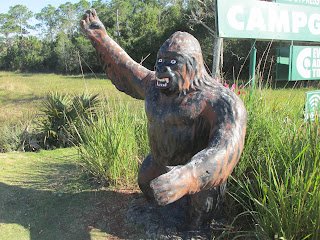 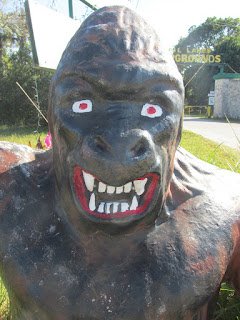 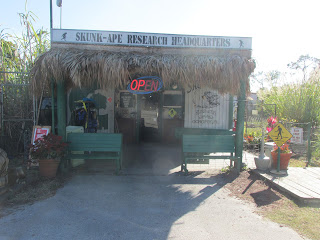 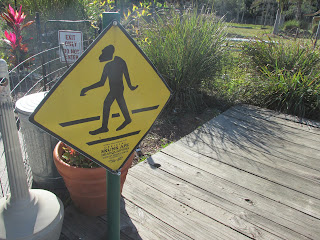 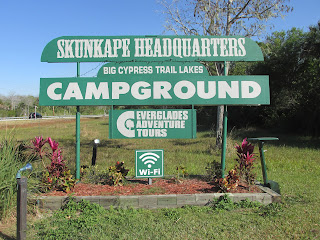 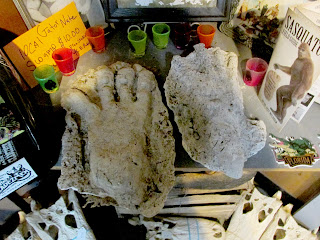 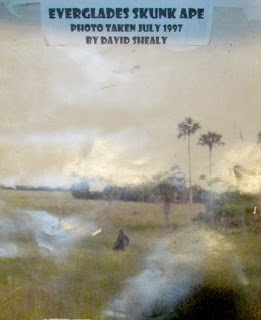 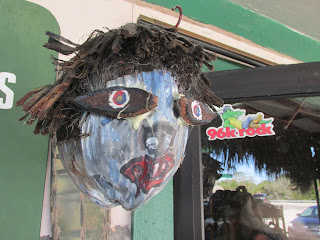 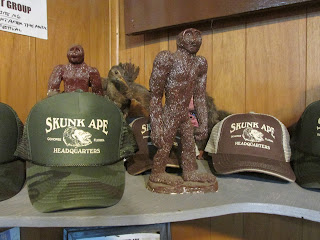 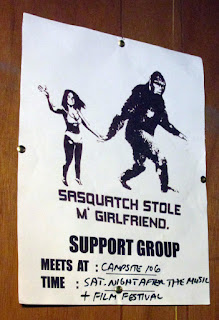 If you thought the Pacific Northwest had a monopoly on mysterious, elusive, camera-shy, hairy, smelly, 7-foot tall, 350-pound bipedal mammals that look like tall guys wearing gorilla suits in shakily-shot videos, you'd be wrong. The Florida Everglades has its own Yeti-like dweller (or at least a legend about one) and there's a place you can learn all about it. The Skunk Ape Research Headquarters sits on a campground about an hour west of the Gulf coast of Florida on Route 41 in tiny Ochopee. There you can learn of its habits and how best to spot one (their website reports 7-9 of them live in the Everglades), and you can also pick up a souvenir or two along the way. The place is run by a Mr. Dave Shealy, the world's leading authority (okay, he's the only one) on skunk apes, so named for their aroma of rotten eggs and methane. The National Park Service denies such creatures exist, throwing the a-word, authenticity, in Mr. Shealy's face. He counters with his concrete casts of skunk ape footprints and photographic evidence of the hairy fellow strolling across an Everglades marsh, not to mention a healthy dose of anger at the government in general. His photo looks very much like the Patterson-Gimlin 1967 film of Bigfoot in Northern California. We like to believe Mr. Shealy's subject is a Pacific Northwest snowbird residing in a South Florida Sasquatch retirement community. Ask him about his grandkids.
Posted by Gunnar and Sherry at 8:01 AM No comments: