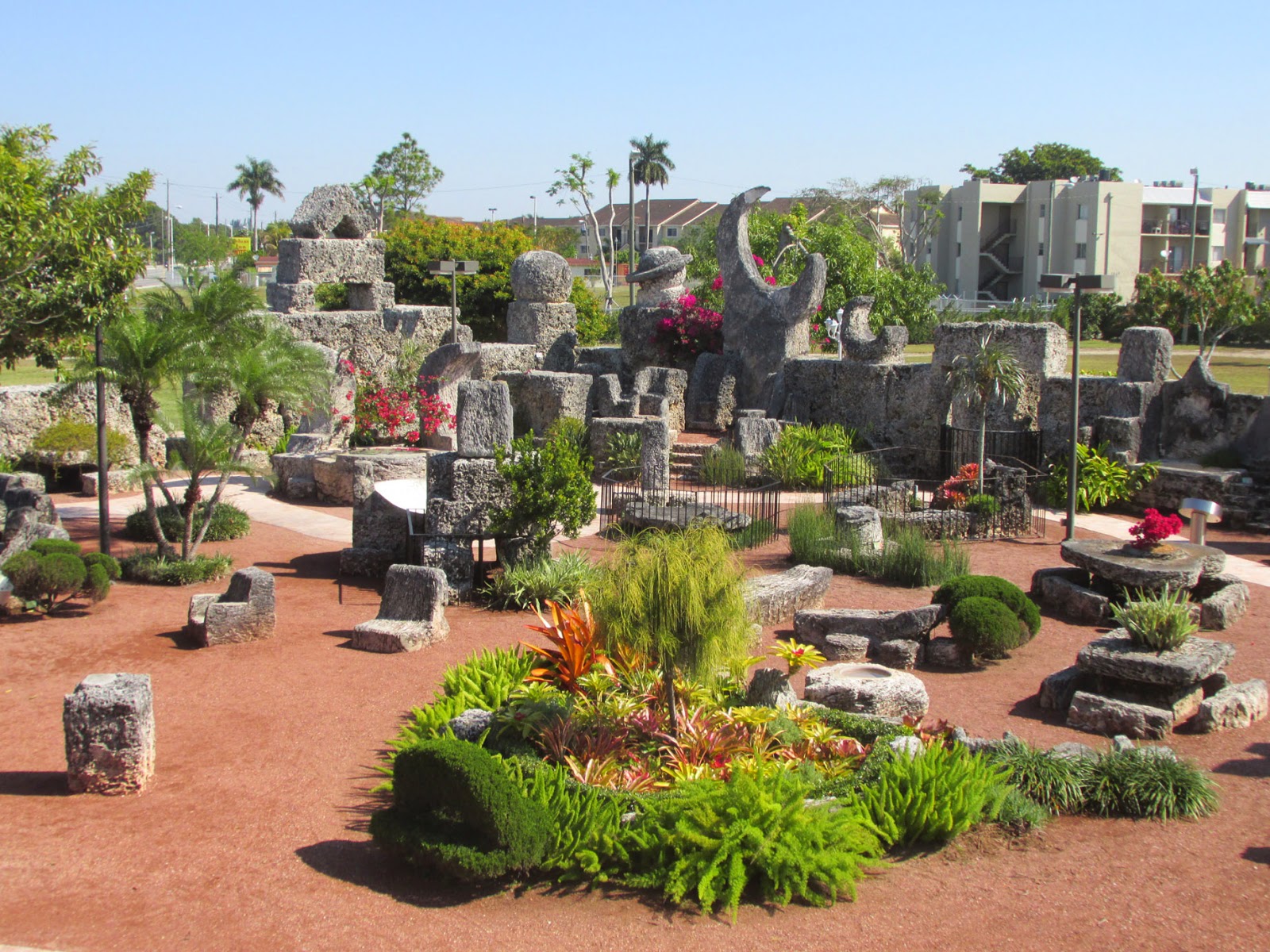 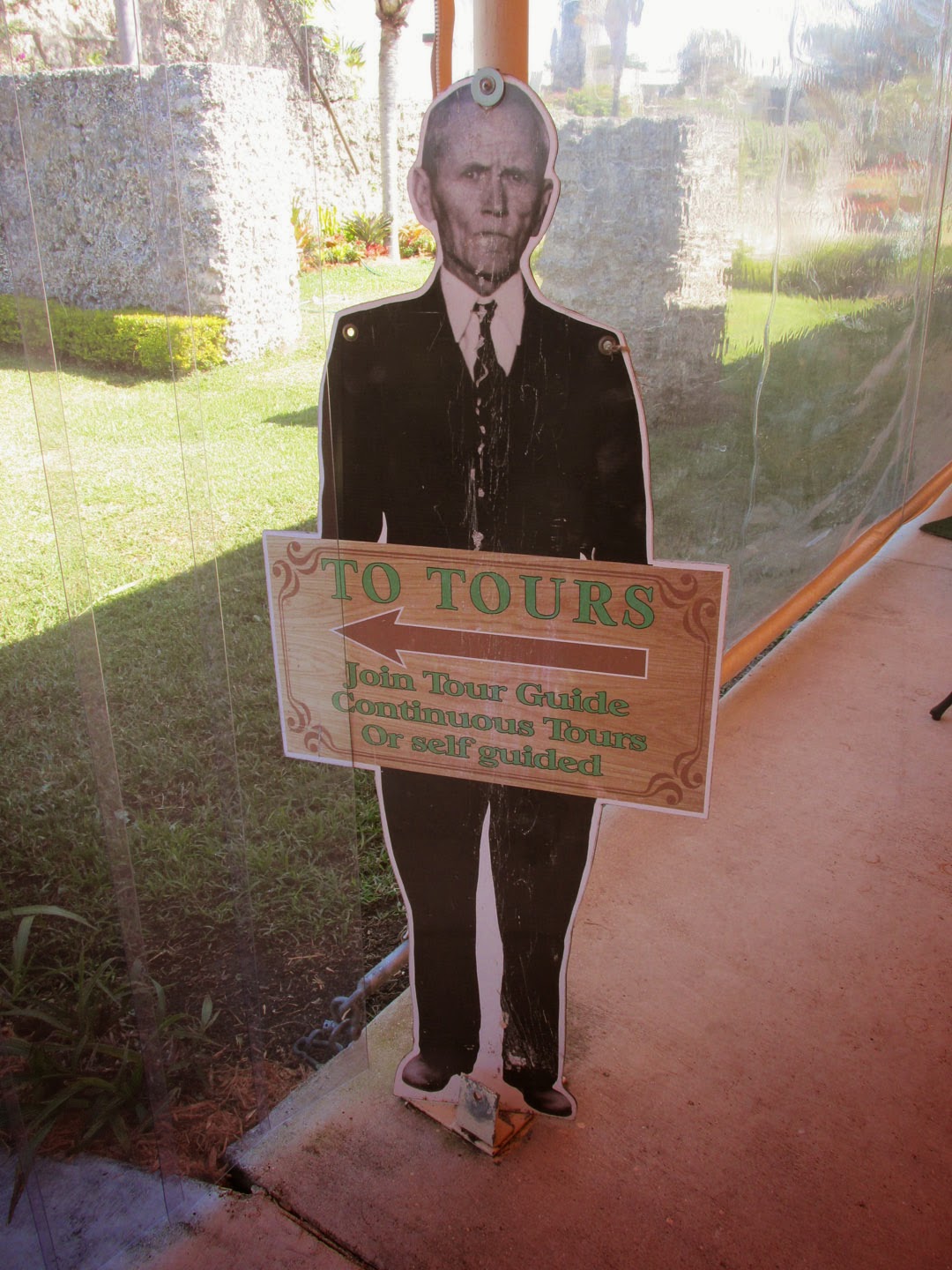 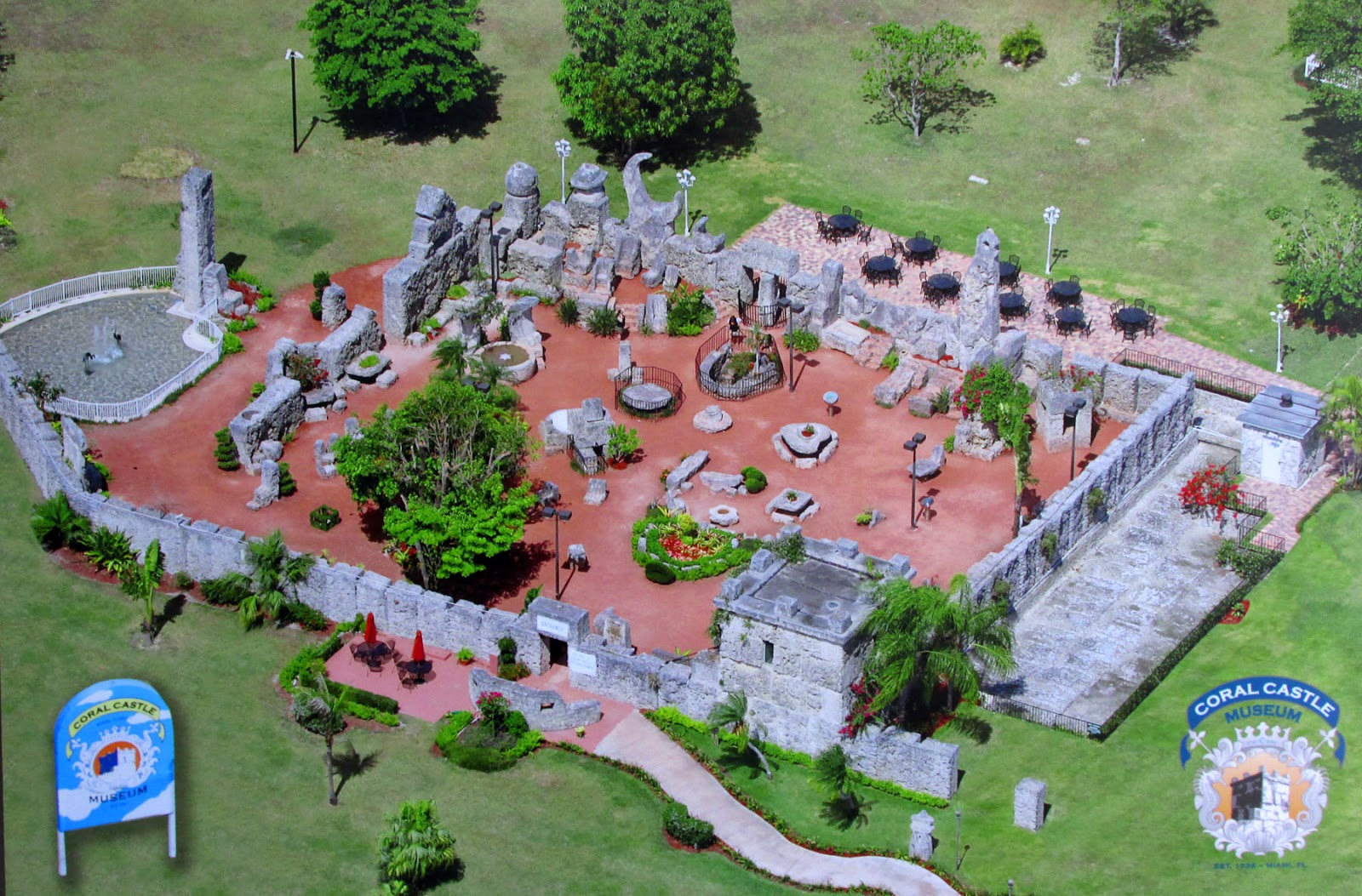 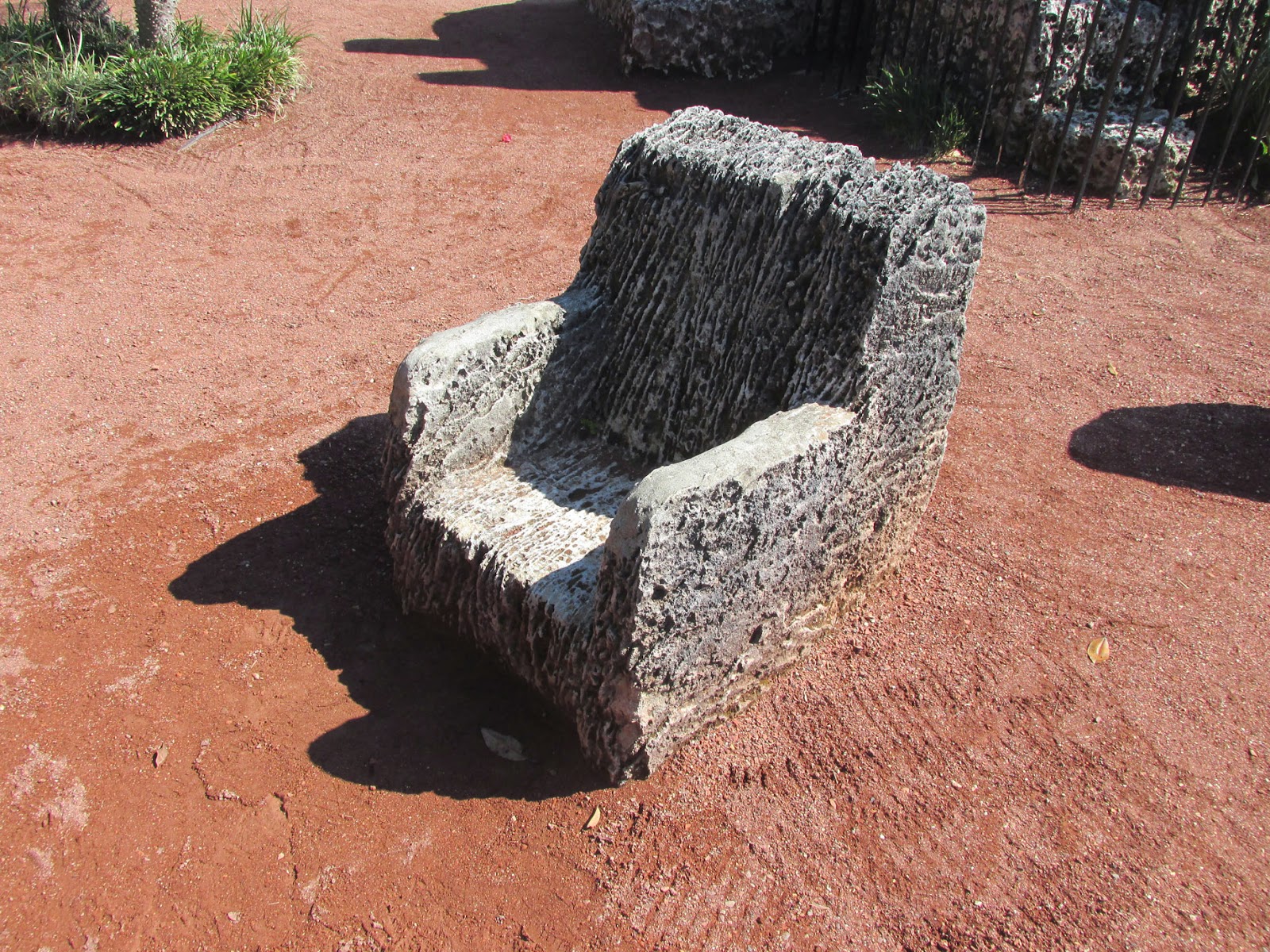 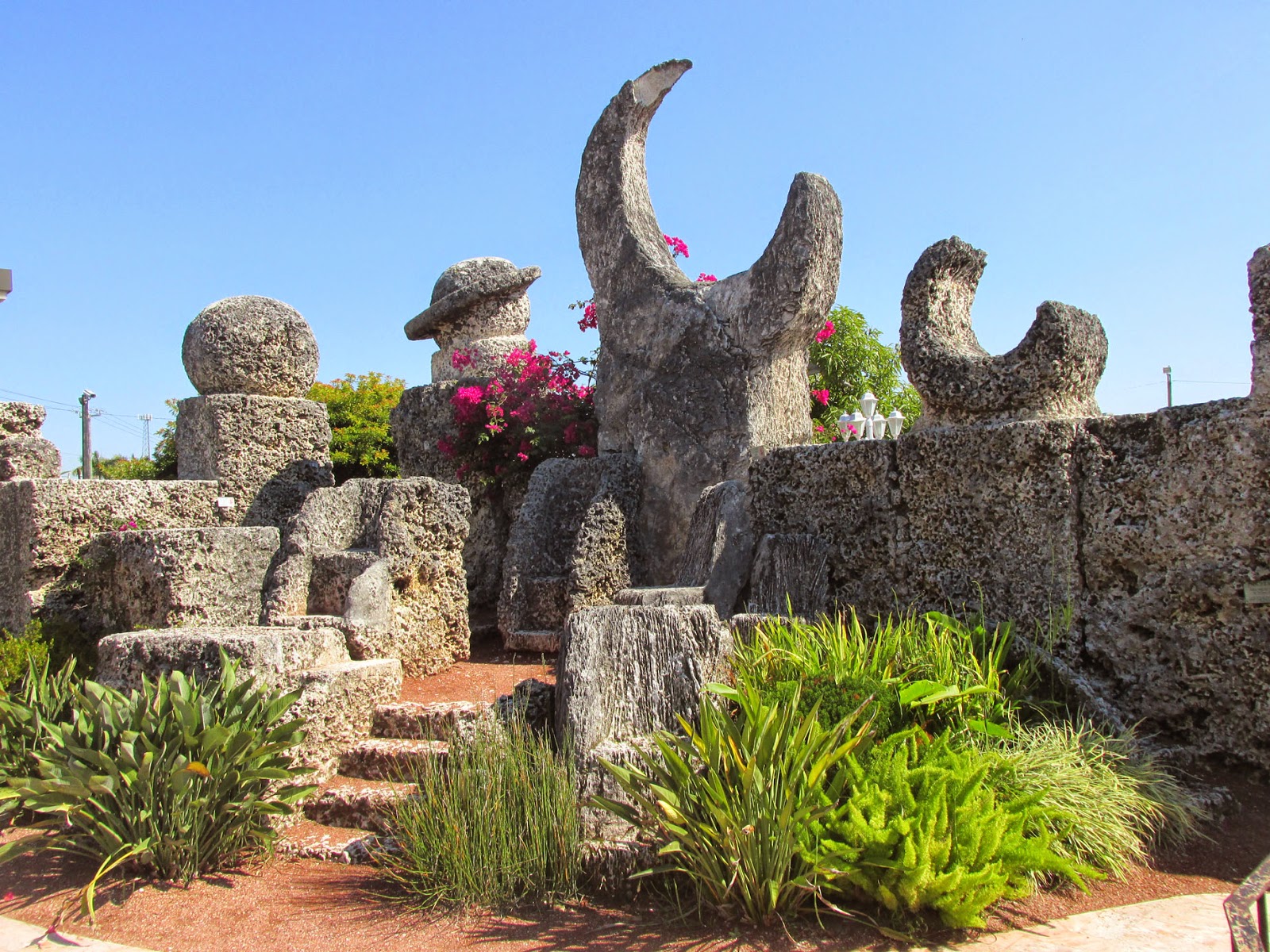 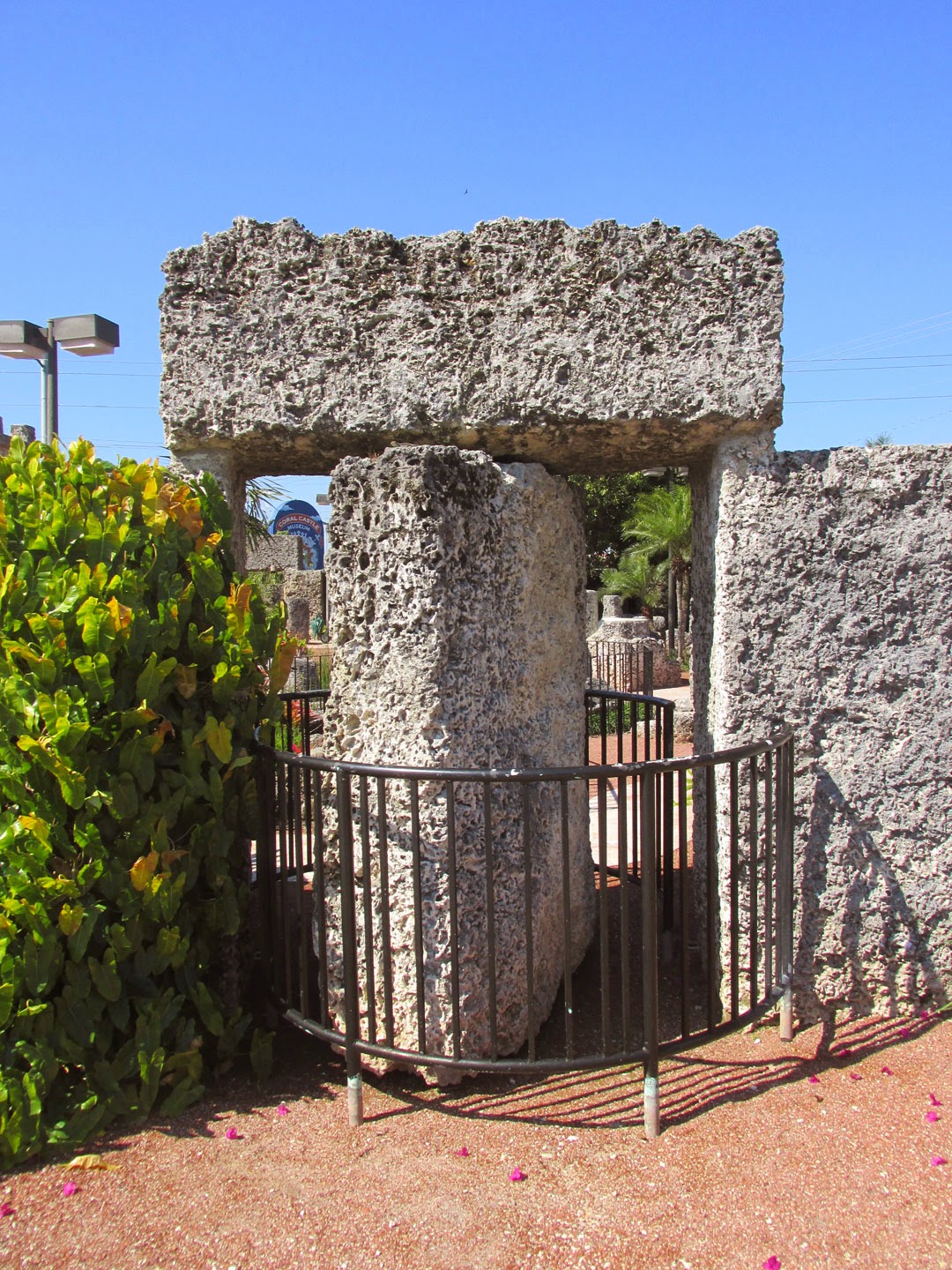 This 9-ton gate moves with one finger. 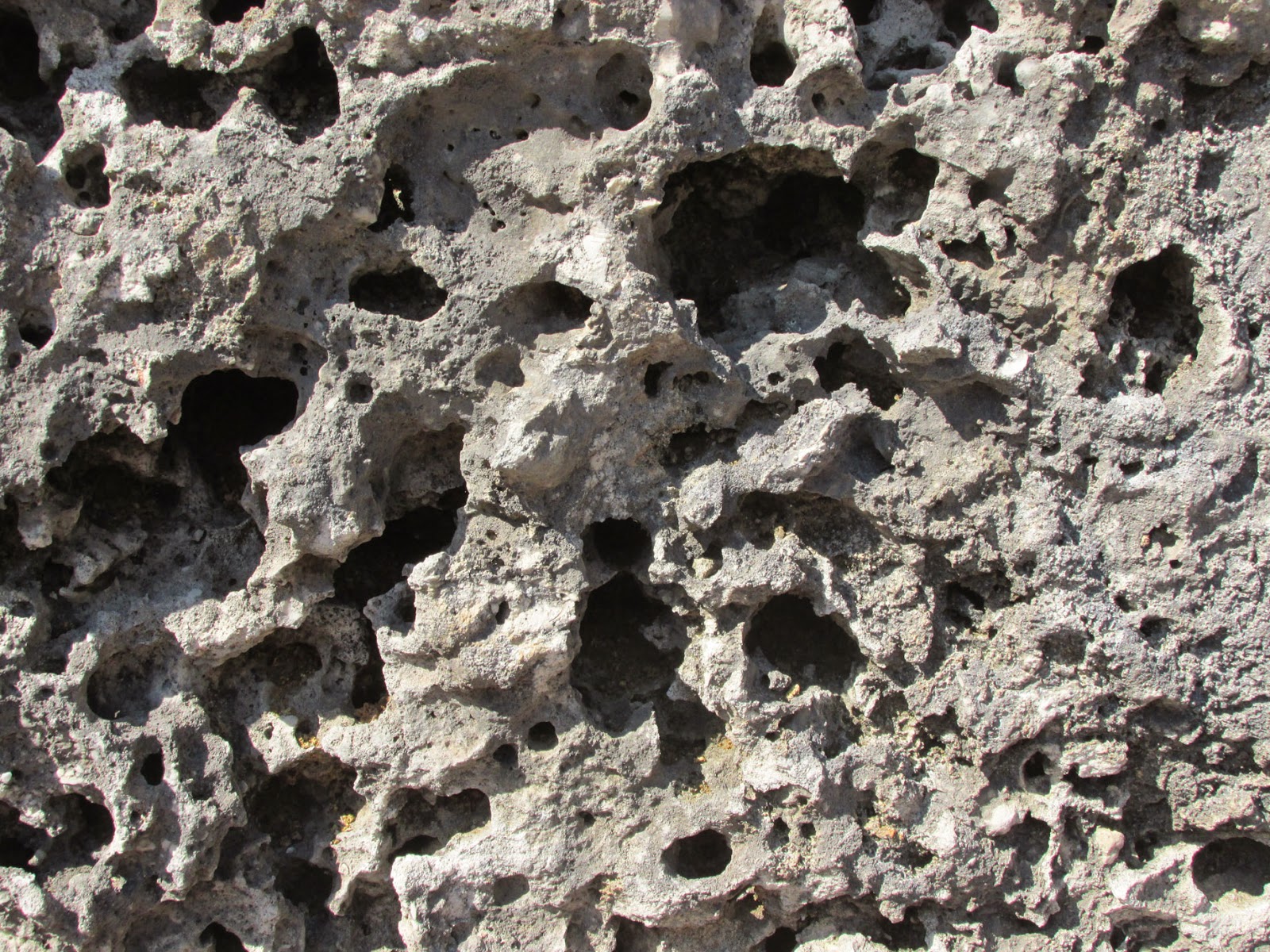 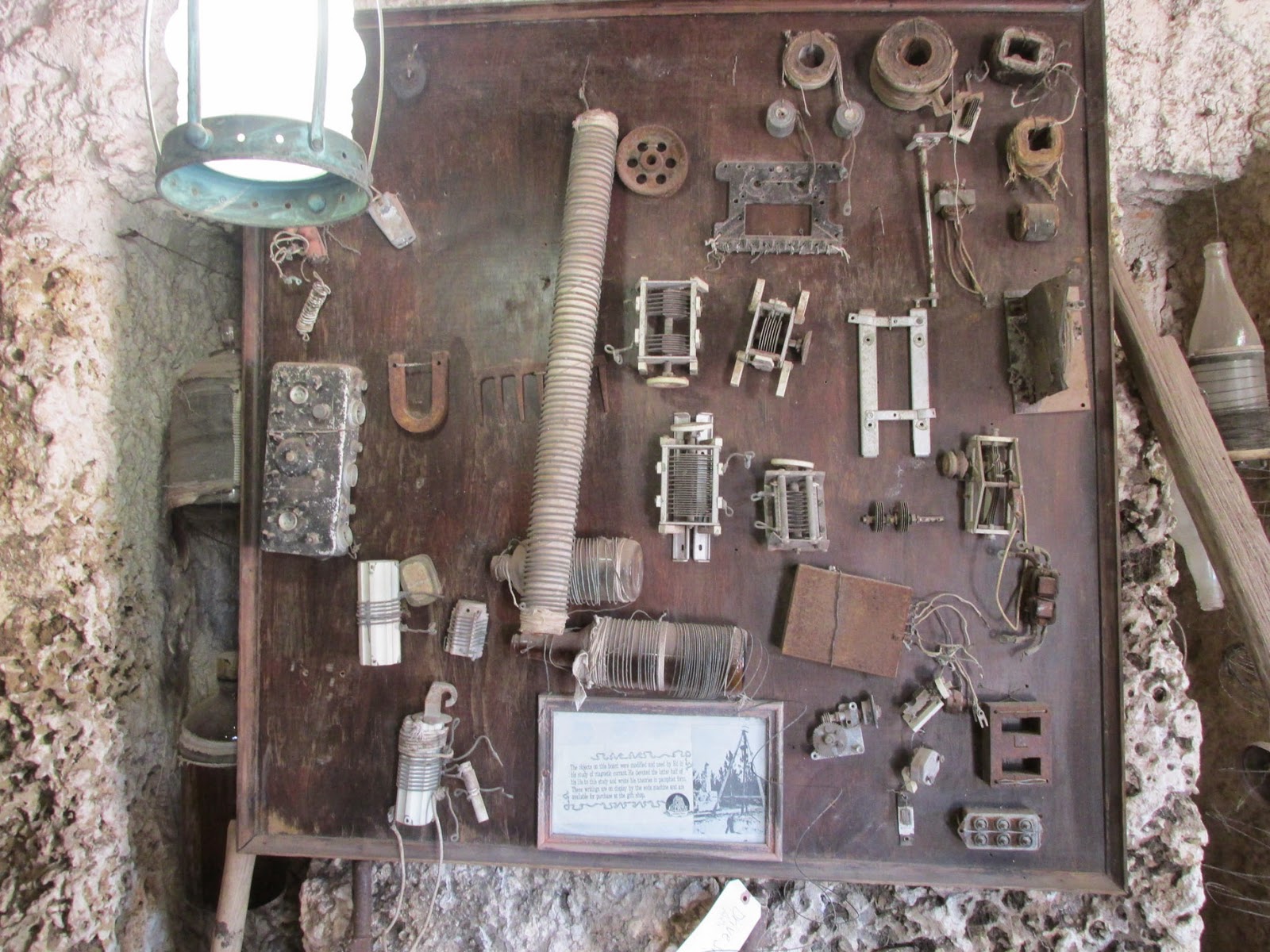 Ed's homemade tools...that's all he used. 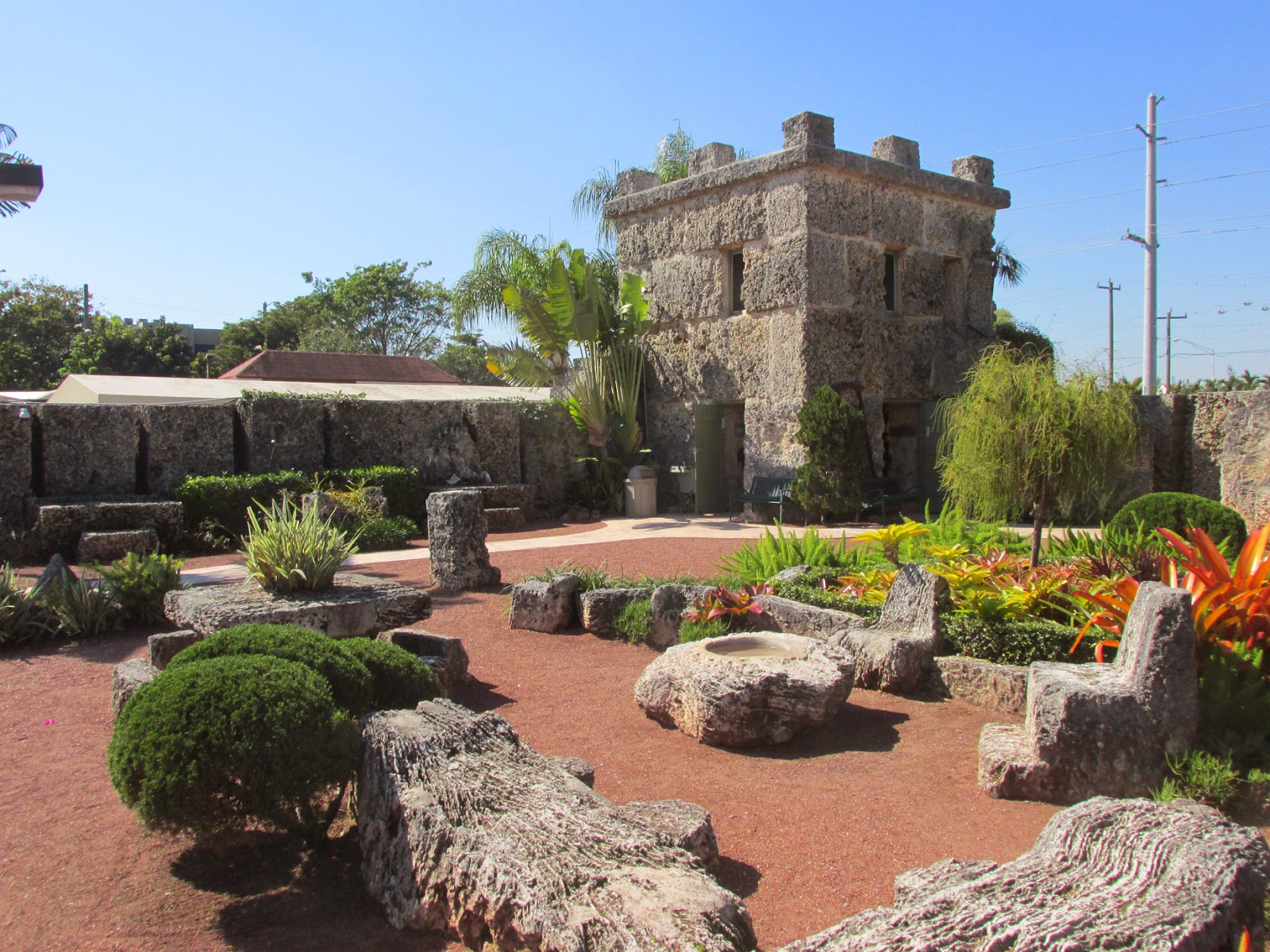 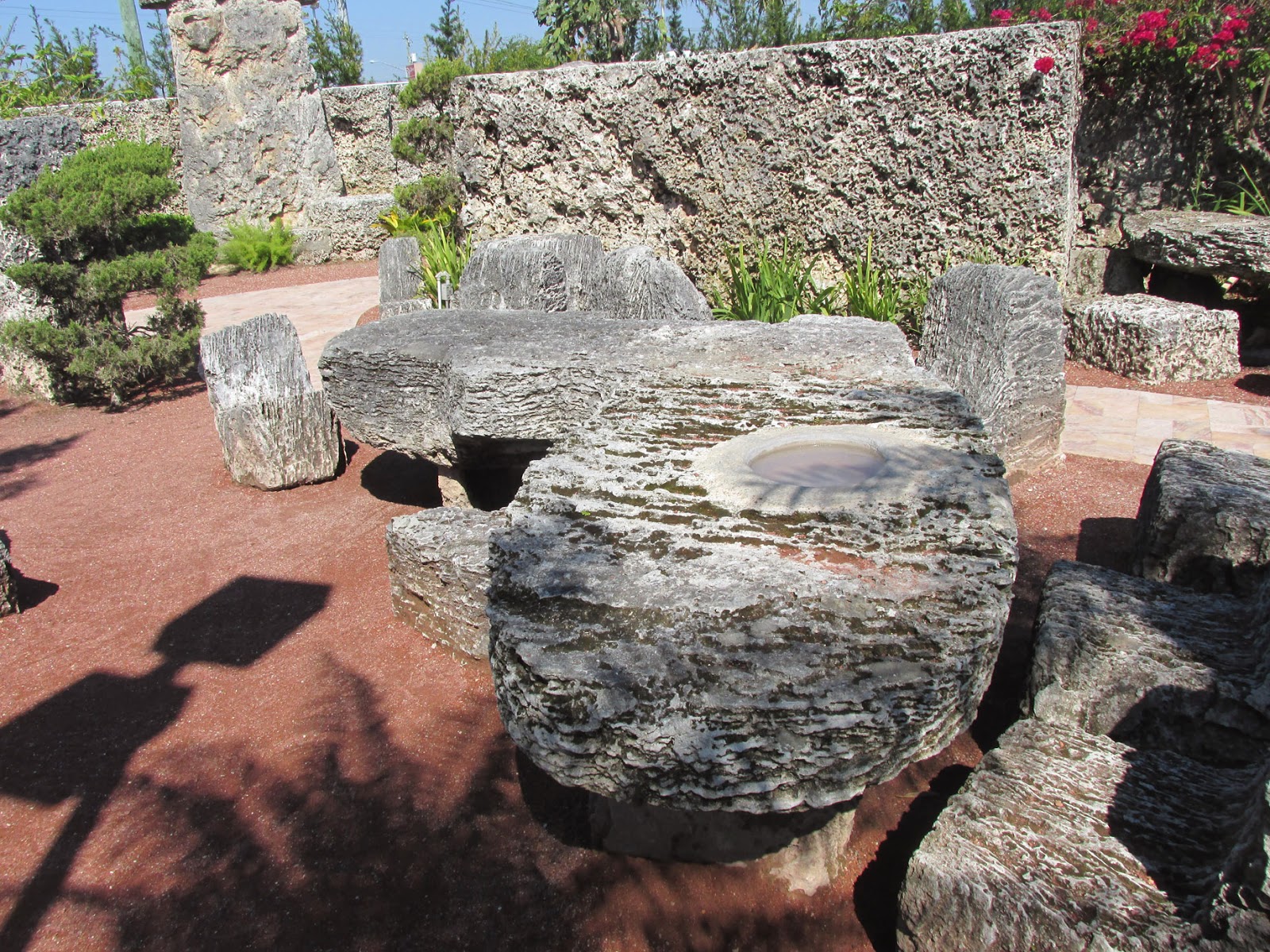 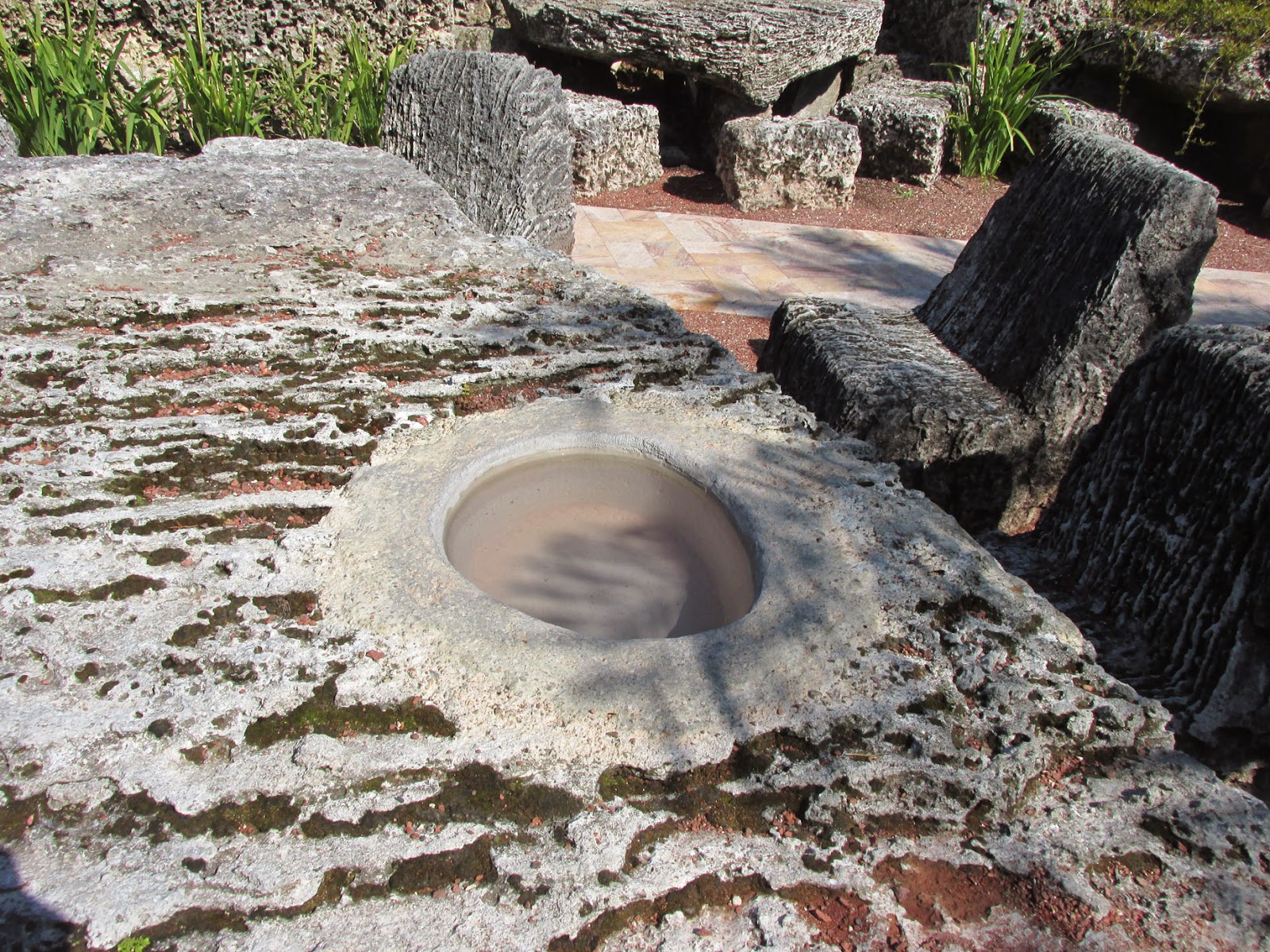 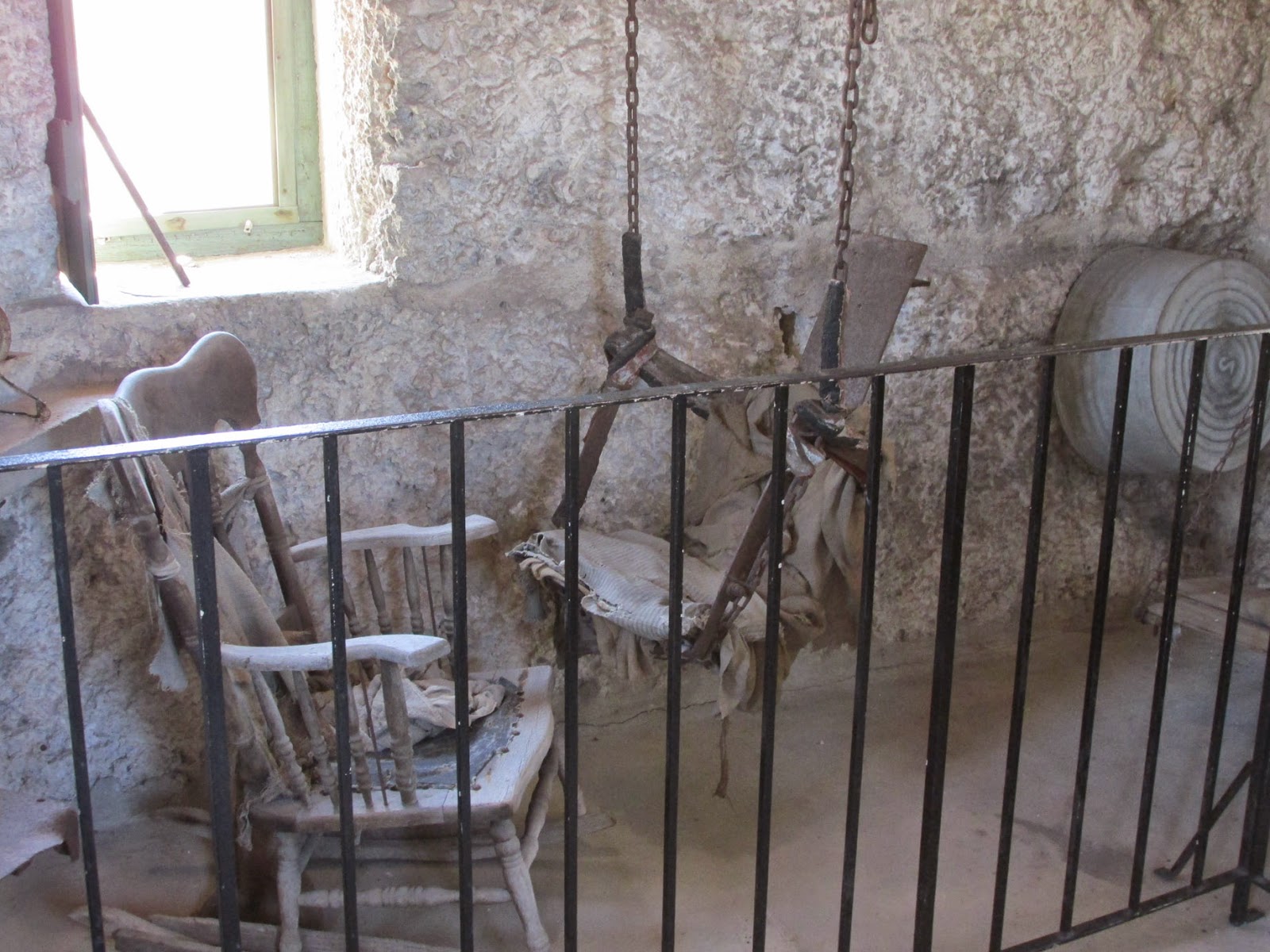 Ed's living quarters...a bit medieval-looking, if you ask me. 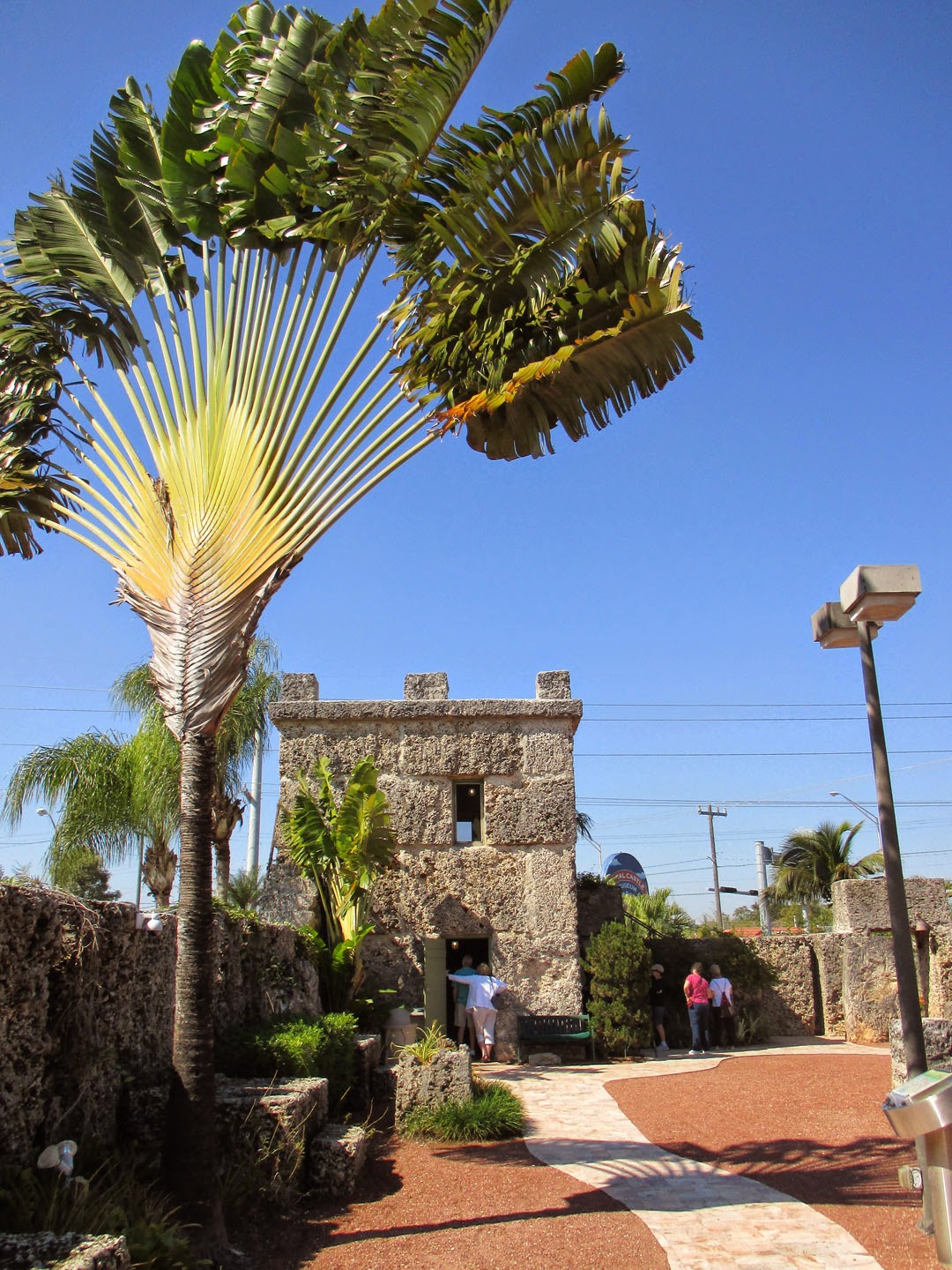 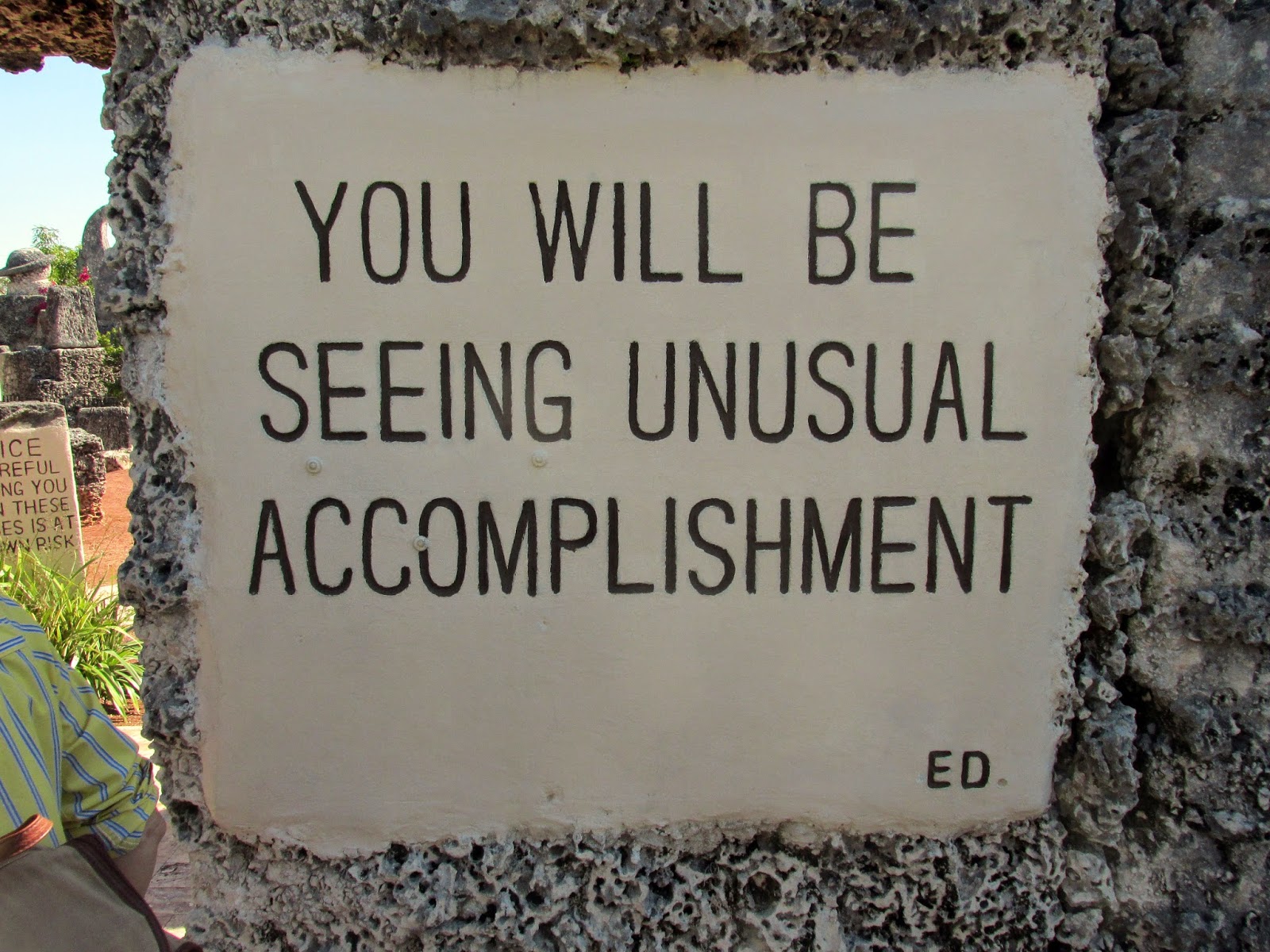 Yes, yes you will.

Ed Leedskalnin was an immigrant from Latvia born in 1887 who lived in Canada, California and Texas before moving to southern Florida to help get over a case of tuberculosis. When he was 26, he became engaged to marry his true love, 16-year-old Agnes Scuffs. She left him just one day before the wedding and, like the Taj Mahal guy, he devoted the rest of his life to building a shrine dedicated to his lost love, only Ed's material of choice was coral stone, and unlike the Taj Mahal guy, he built it all himself. Unlike coral from the sea, coral stone is incredibly dense and heavy and how a 5-foot, 100-pound man with a history of respiratory illness could spend from 1923 to 1951 building the amazingly complicated structures you see today by himself with only homemade tools has remained a mystery on the level of Stonehenge and the great Pyramids of Egypt. There is a two-story castle-shaped structure where Ed lived very spartanly, chairs, tables, planet sculptures and even a 9-ton gate that moved with the touch of one finger. Ed, who never got past the fourth grade, said he knew the secrets of how the pyramids were built and since no one ever saw him building anything (he worked at night by torch), many believed he had supernatural powers. He used to charge 10 cents for tours and sold pamphlets, all the while adding more structures to his obsession. And since the Coral Castle is in the town of Homestead, it's even more miraculous the place was one of the few spared the devastation of Hurricane Andrew in 1992. Ed died in 1951 at the age of 64 and the place has changed hands a couple of times over the years. Today, it is a museum open every day with tours and a swell gift shop. So, make the trip...you'll be bowl-Ed over, dumbfound-Ed and you won't be disappoint-Ed.

Posted by Gunnar and Sherry at 7:45 PM No comments:

A little something to keep you posted: The country's smallest post office of Ochopee, Florida 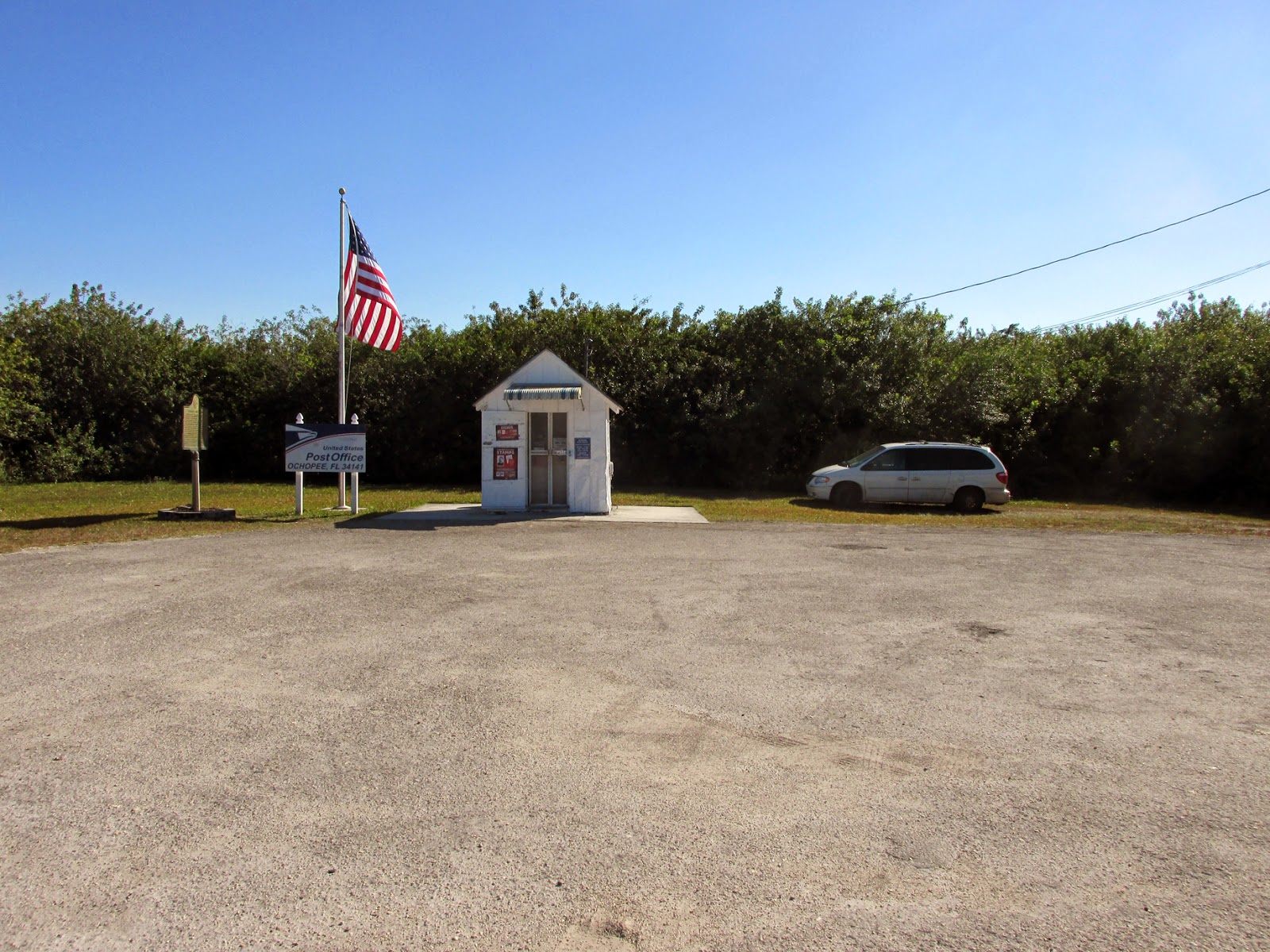 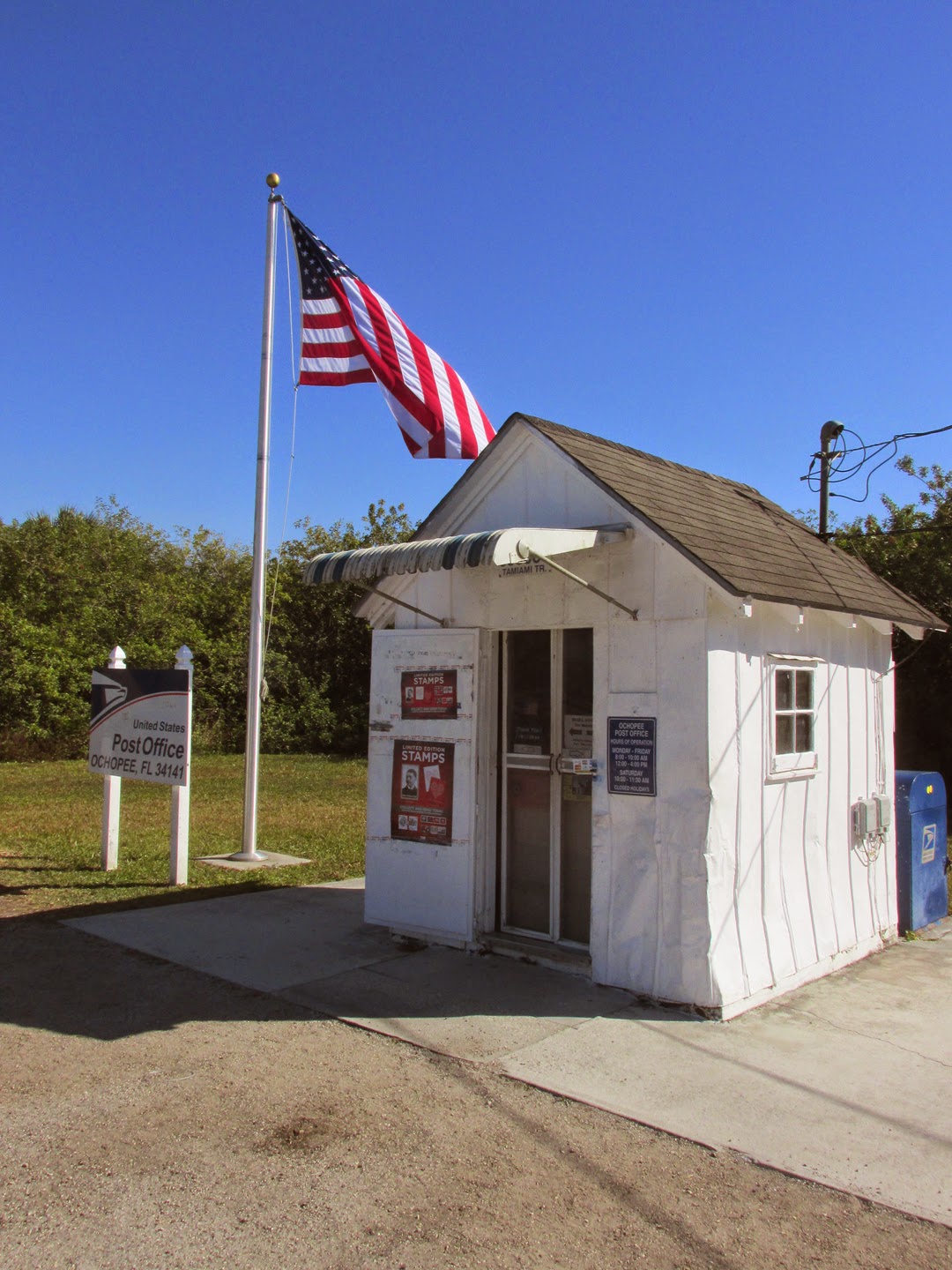 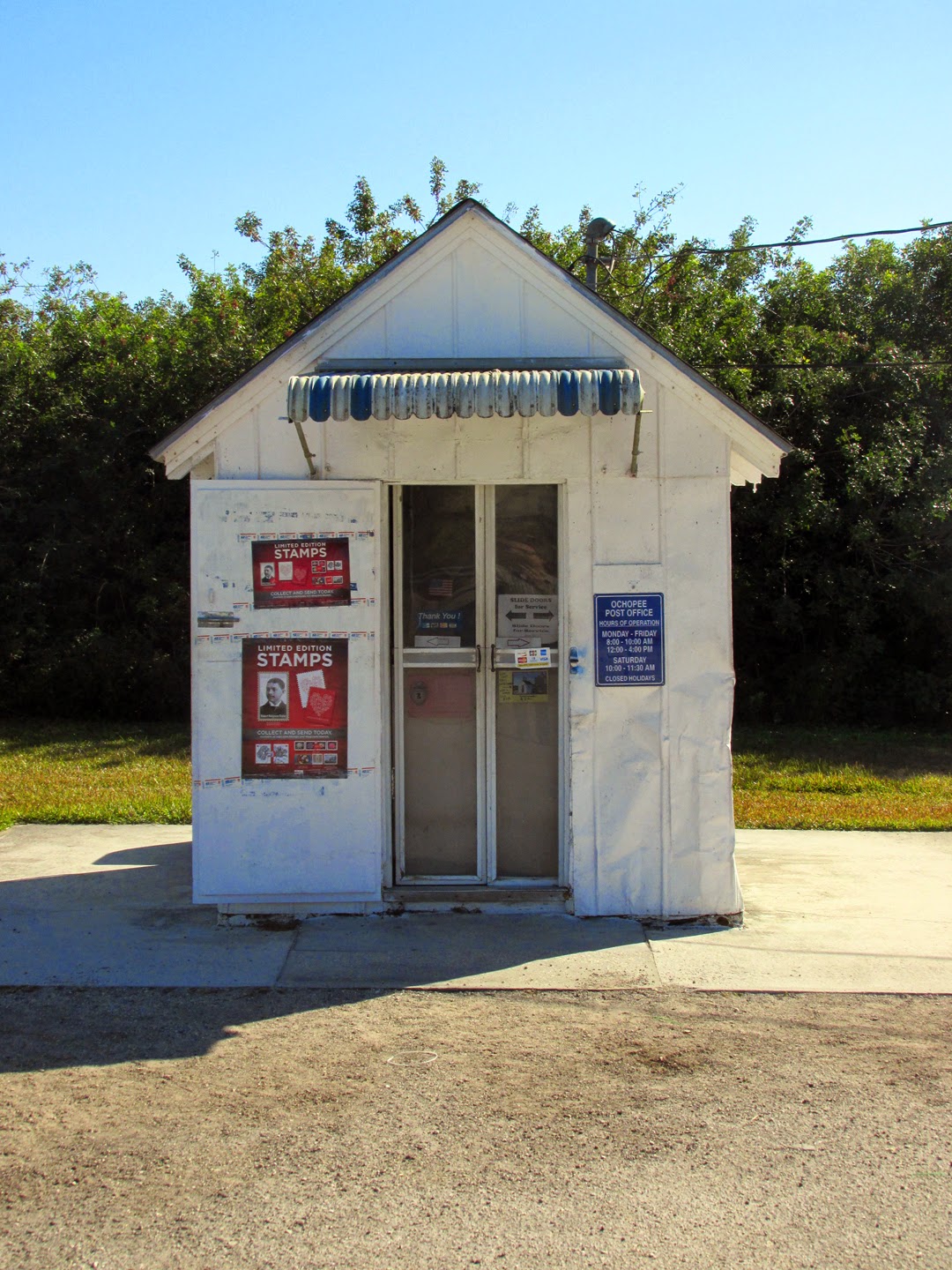 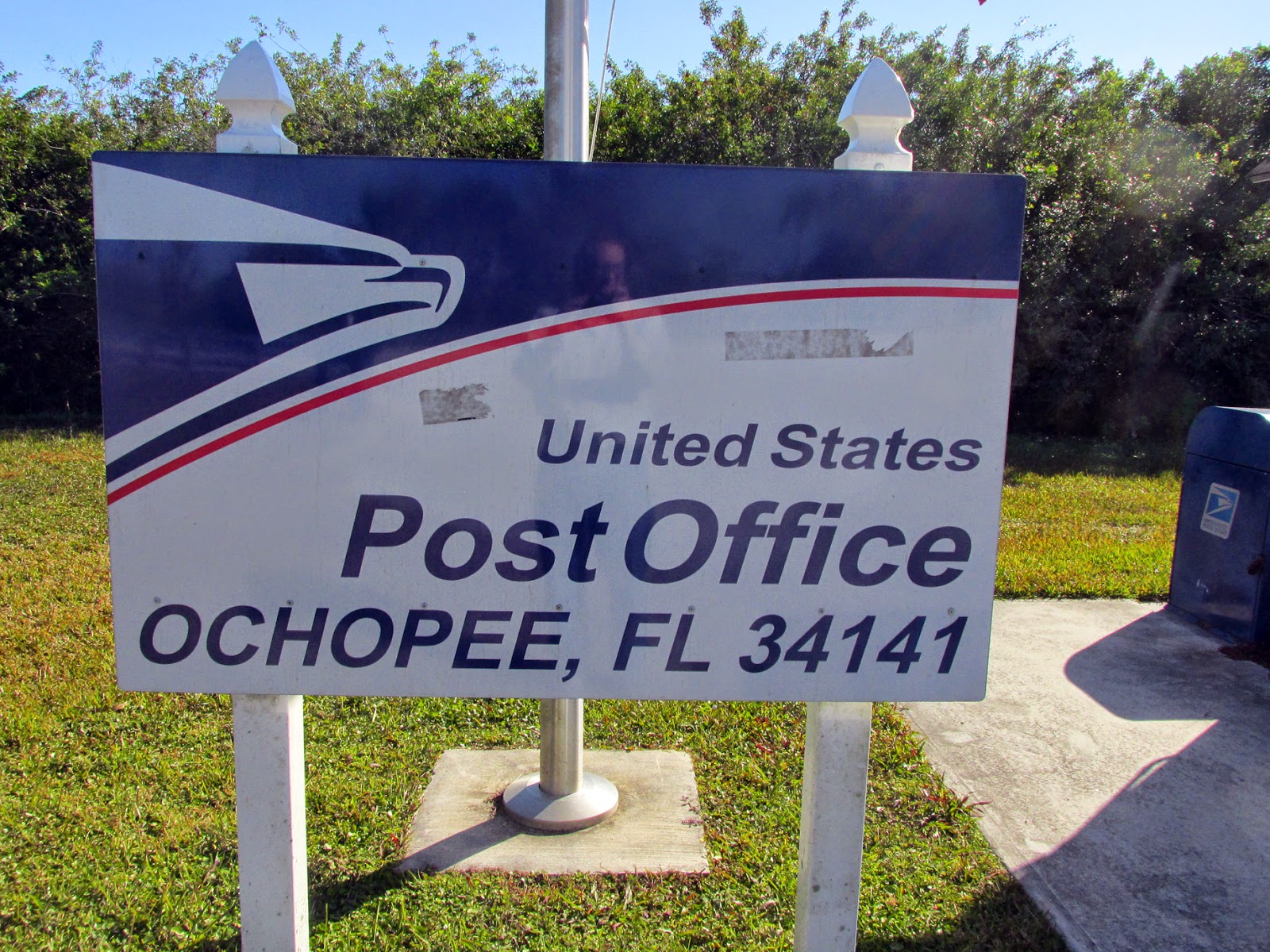 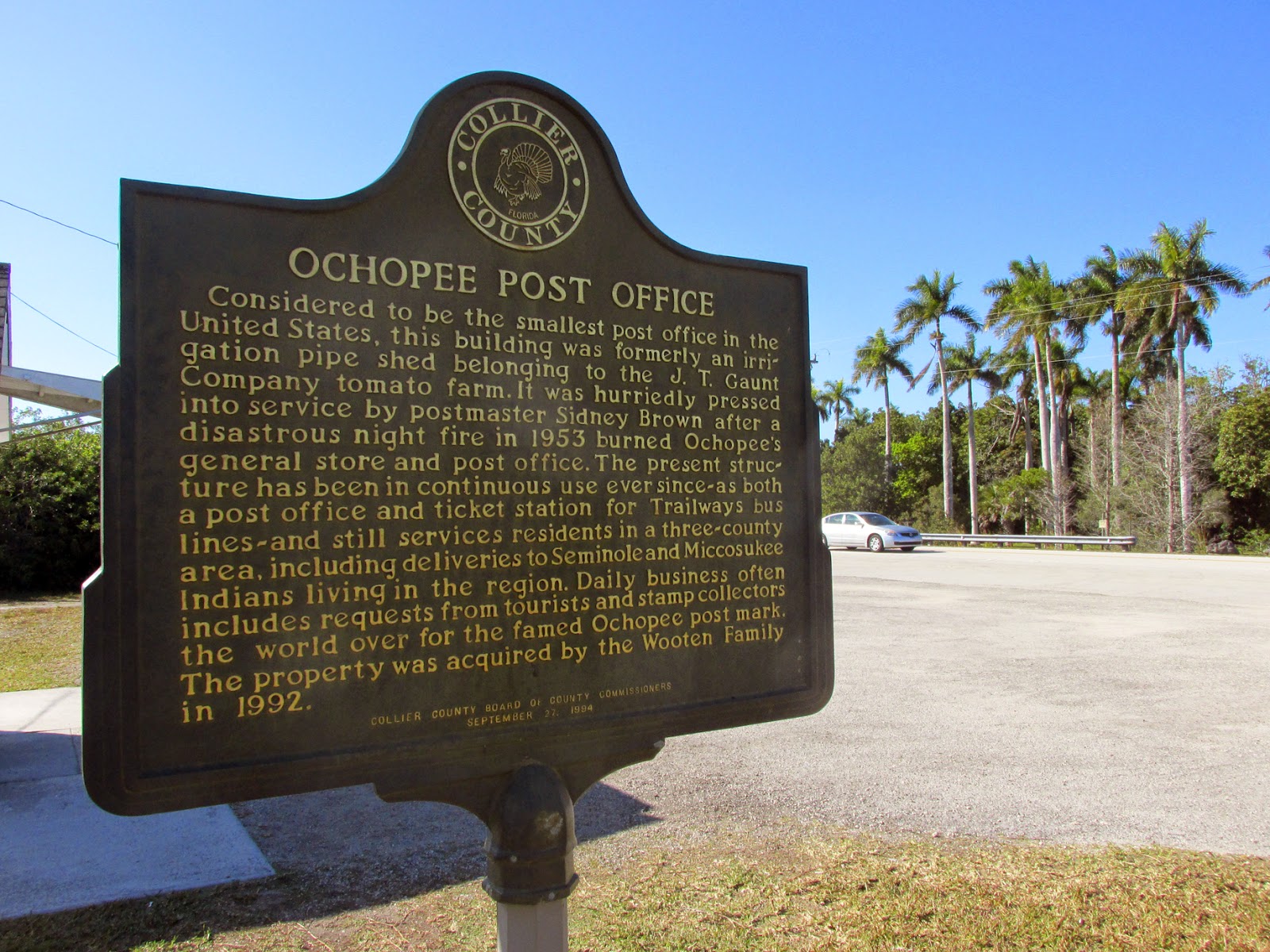 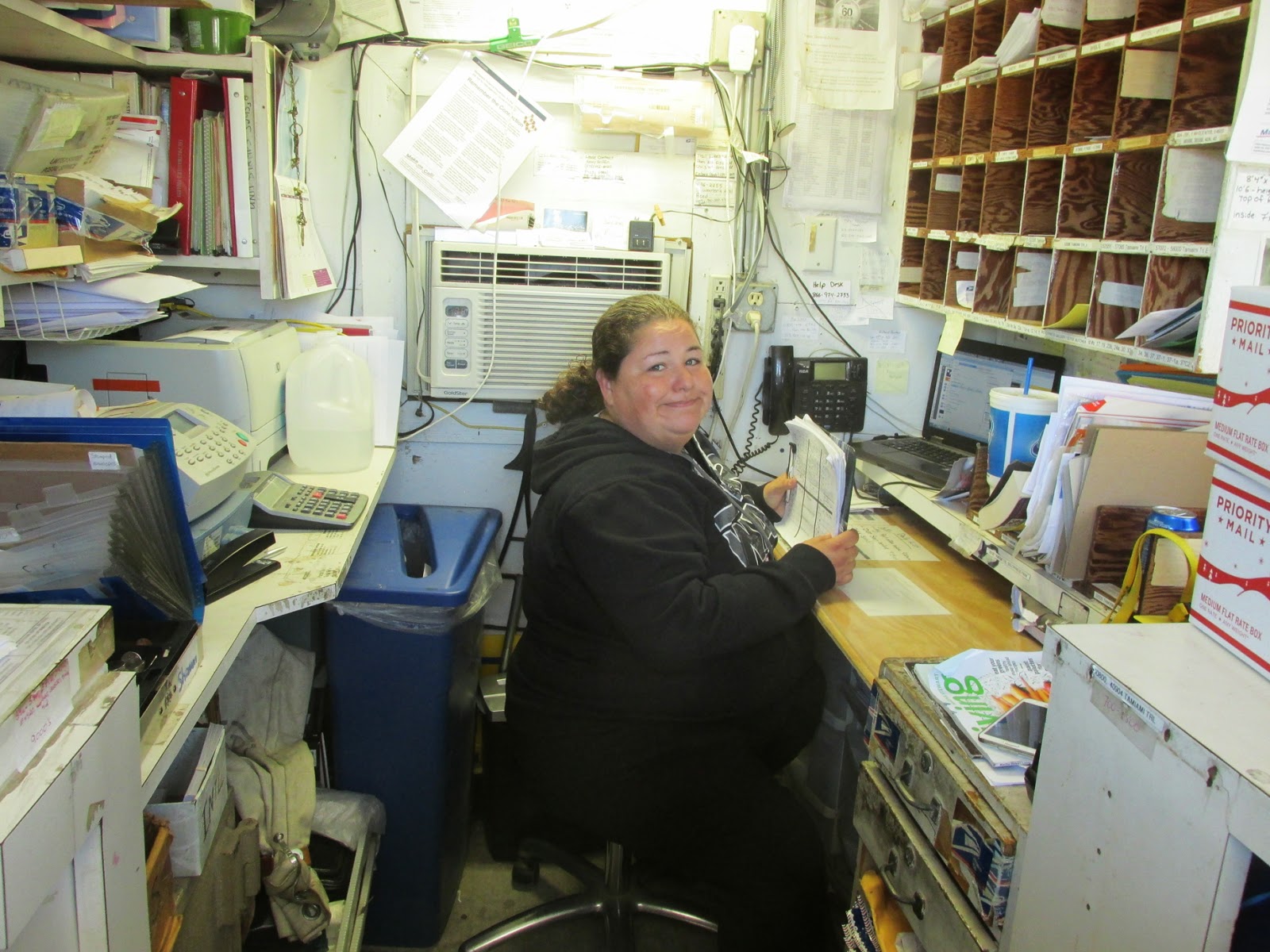 Postmaster Shannon Mitchell, at your service 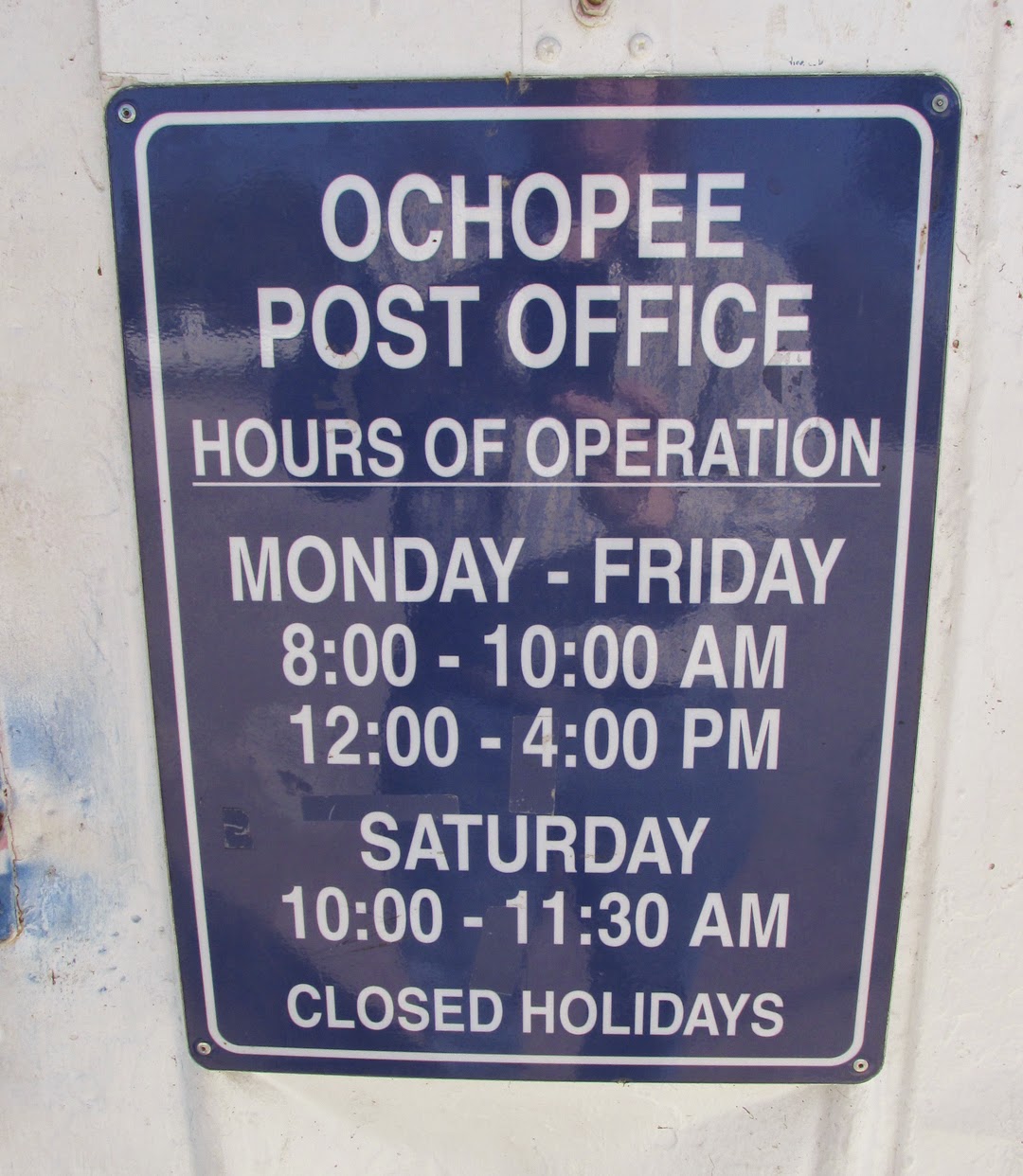 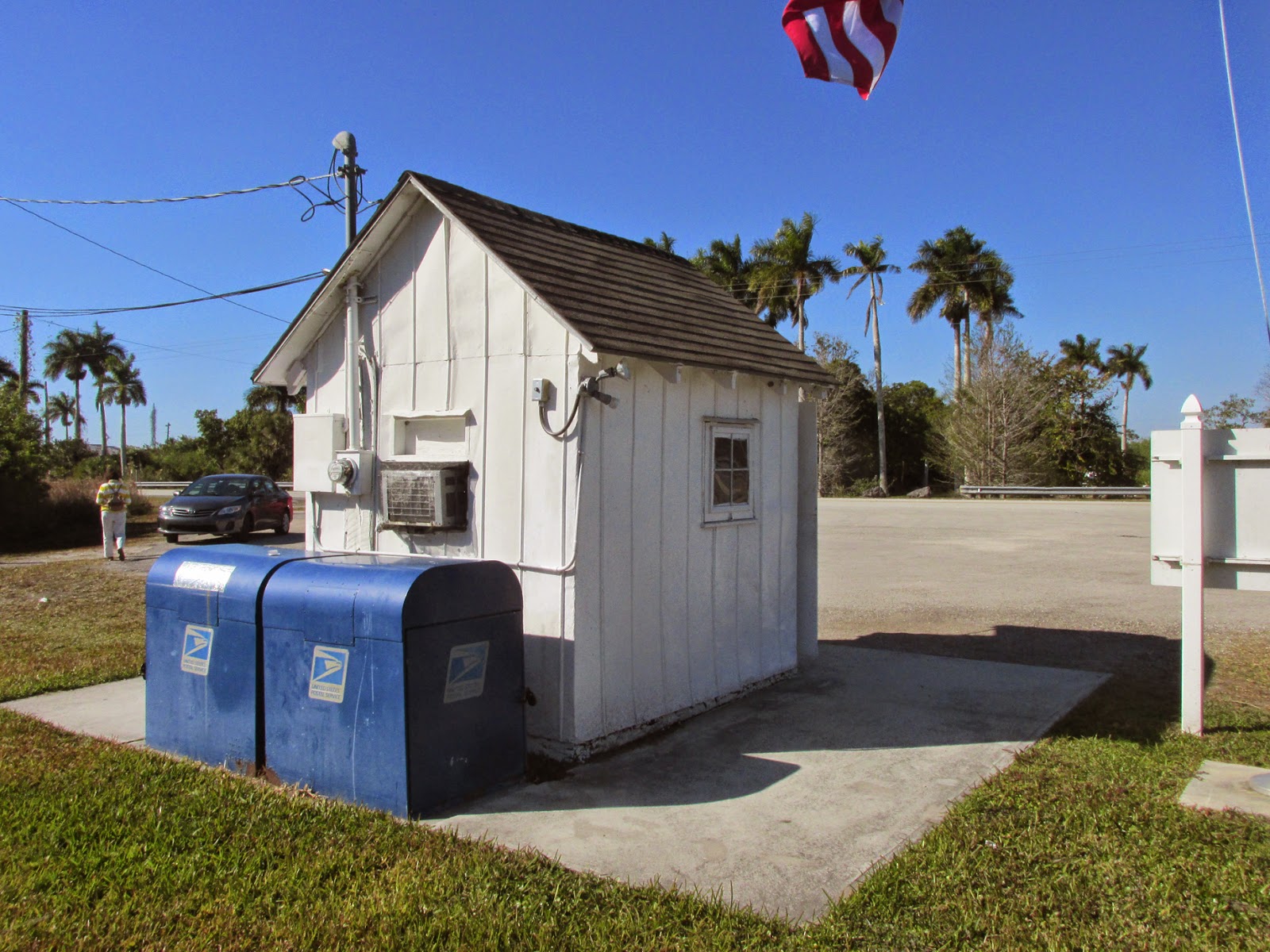 One of the friendly neighbors along the mail route

There is a glorious 264-mile stretch of Florida's old Highway 41 that runs from Tampa to Miami that is, appropriately enough, known as the Tamiami Trail. Predating the Interstate, it's still dotted with old fashioned tourist attractions and the kinds of oddities we eccentric roadside attraction fans pine for, not the least of which are real, live alligators you can see from your car window along the roadside canals. The Everglades stretch of the Tamiami is also the home of a magnificently unexpected roadside treat: the smallest post office building in the entire USA. In the early 1930s, the tiny town of Ochopee, about 36 miles southeast of Naples (Florida, not Italy, silly) was settled as a tomato farming community and once had a general store with a post office inside it on Route 41. In 1953, a fire destroyed the building, but quick-thinking postmaster Sidney Brown removed the postal records before they were damaged and set up shop in a nearby undamaged 7 x 8-foot shed formerly used to store irrigation pipes and hoses and the post office has remained there to this day. It's just large enough for one postal employee to sit and tend to the postal matters at hand, which include processing mail for a 132-mile mail route across three counties, and taking care of walk-up customers and curiosity seekers. We were lucky enough to catch postmaster Shannon Mitchell hard at work. She cheerfully answered our inane questions (Where do you use the rest room? Across the street at Joanie's Blue Crab Restaurant. How long have you worked here? Nine years. You must like all your coworkers, don't you? nyuk, nyuk, nyuk.)  She sold us a commemorative postcard with a one-of-a-kind cancellation for the low, low price of a dollar, too. Lots of tourists drop by to take pictures to make their friends back home envious, which does our hearts good and just goes to show you that good things really do come in small (postal) packages.
Posted by Gunnar and Sherry at 8:53 AM No comments: