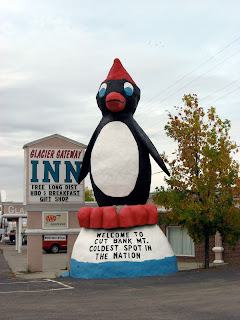 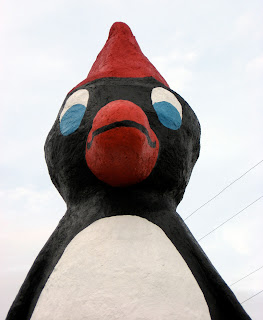 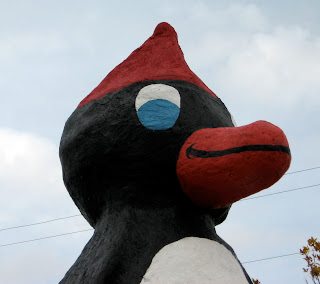 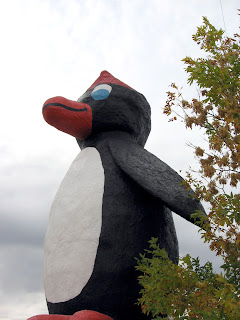 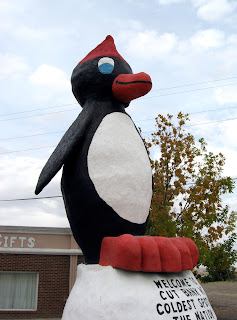 As we were heading east through Montana on a road trip in 2006, we passed through the small town of Cut Bank and encountered one of those spontaneous roadside attractions that make these kinds of trips well worth the ride: something that claims to be the world's largest something or other, in this case, a penguin.
According to howstuffworks.com, to commemorate its hometown's status as the coldest town in the United States, the town of Cut Bank constructed this concrete penguin in 1989. It looks much older, though, more like it was built in the 1930s. At 27 feet tall and a solid five tons, it beckons to passersby from its spot in front of the Glacier Gateway Inn, a furniture-shop-turned-motel. The penguin talks (when its speaker works), bleating out the slogan, "Welcome to Cut Bank, the Coldest Spot in the Nation!". We were unaware this was a multimedia display, however, so we did not hear the narration, but it was impressive just the same. If big penguins are your thing, Cut Bank awaits you. For more fascinating facts about Cut Bank, you can read about it in black and white here: http://www.answers.com/topic/cut-bank-montana?cat=travel
Posted by Gunnar and Sherry at 2:28 PM 1 comment: 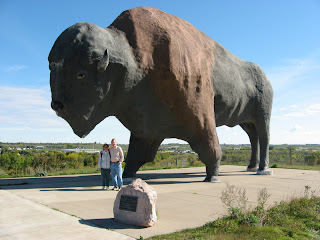 They've got the world's largest buffalo in Jamestown, North Dakota... 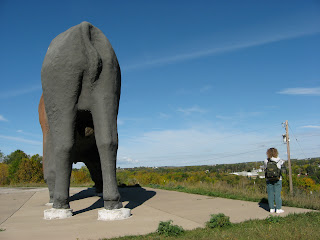 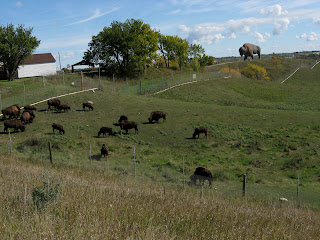 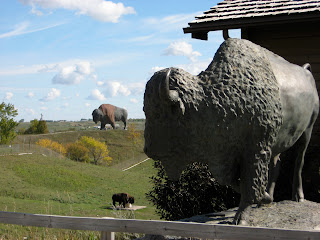 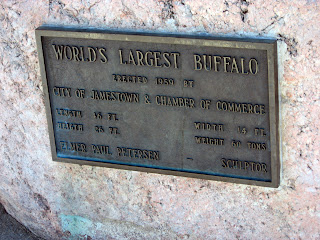 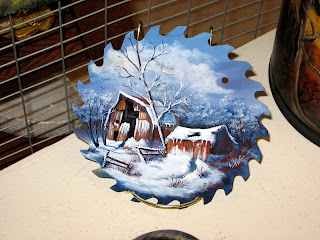 They had a great gift shop in Jamestown when we were there in 2006. Loved these painted saw blades... 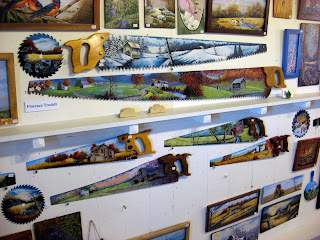 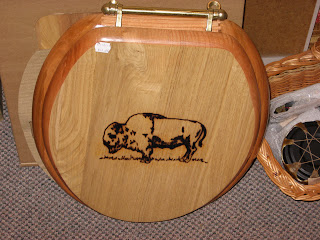 ...and who wouldn't want a commemorative buffalo toilet seat? 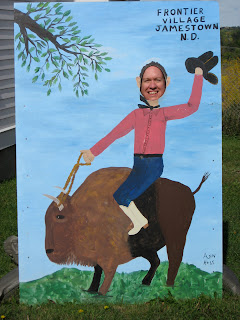 Of all the painted boards with holes in them that I've stuck my face through, I like this one the most.


North Dakota is the land of eccentric roadside attractions. About 100 miles from Salem, home of Salem Sue, the world's largest Holstein cow, sits the town of Jamestown and the world's largest concrete buffalo. Unlike Sue, this fellow is nameless. I suppose if Clint Eastwood's character didn't need a name in "The Good The Bad and The Ugly," this guy doesn't need one either. He stands 26 feet tall, 46 feet long and weighs 60 tons. According to the town's website, he was built in 1959 and was the vision of Harold Newman, a local business owner. Eventually a little frontier village was added to attract tourists and now Jamestown boasts 100,000 visitors a year. It just goes to show you that if you build the world's biggest something or another, they will come. The buffalo stands majestically, waiting for tourists to be photographed next to him to impress the folks back home. But wait... there's more! They've got a buffalo museum with real buffalo grazing next to it and a gift shop with just about anything you could want with a buffalo on it. My favorite was the toilet seat. And the skies are not cloudy all day. Read more about Jamestown here: http://www.jamestownnd.com/
Posted by Gunnar and Sherry at 4:46 PM No comments: 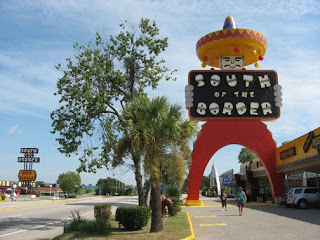 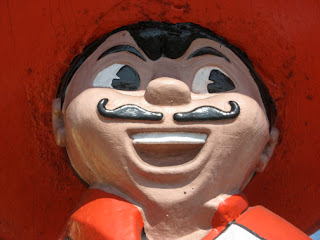 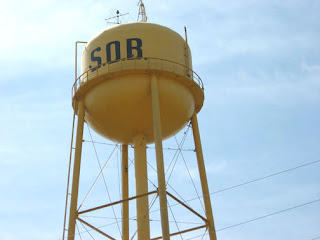 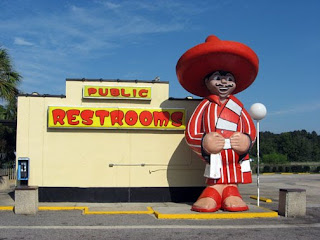 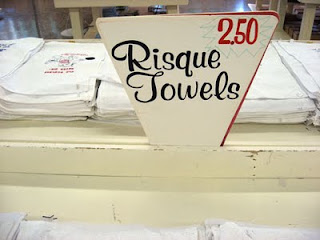 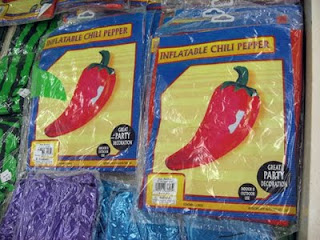 We're still getting over a little touch of ill health so here's another rerun post of one of the eccentric roadside all-time greats: South of the Border in Dillon, South Carolina. Click here to read our previous posts.
Posted by Gunnar and Sherry at 6:53 AM No comments:

I saur them standing there: The Pee Wee dinosaurs of Cabazon, California 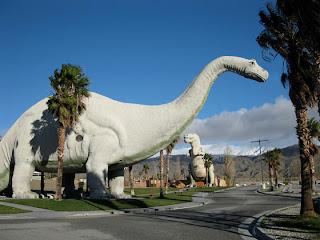 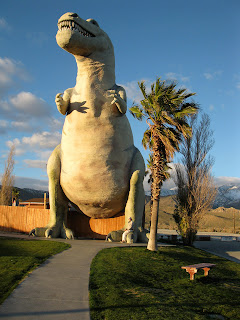 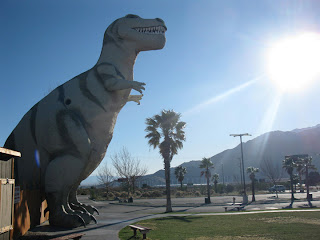 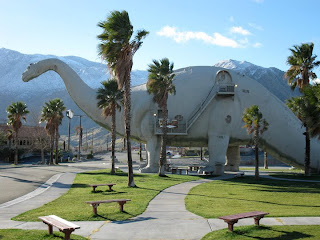 We've been a little busy and under the weather lately, so here's a rerun post of one of our all-time faves: the dinosaurs of Cabazon, California seen in the movie "Pee Wee's Big Adventure". Click here to read all about 'em.
Posted by Gunnar and Sherry at 11:22 AM 1 comment: