And they're off: Horsing around at Louisville, Kentucky's Churchill Downs 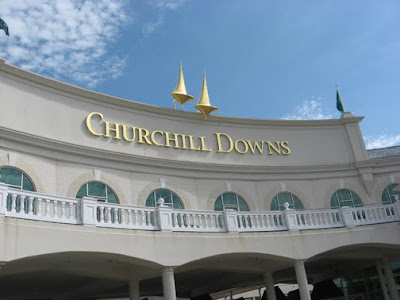 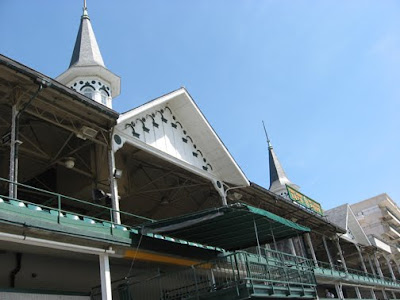 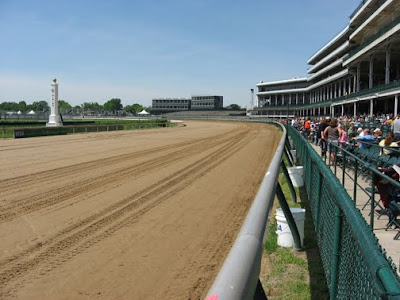 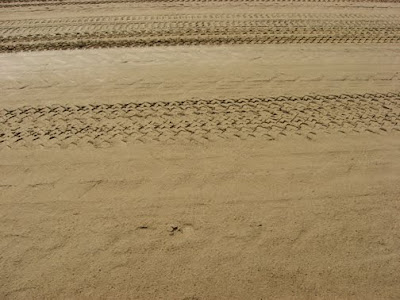 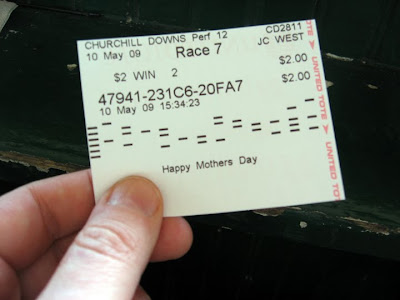 We happened to visit on Mother's Day.
Nothing says "I love you Mom" like a $2 bet on Glow Worm in the fifth. 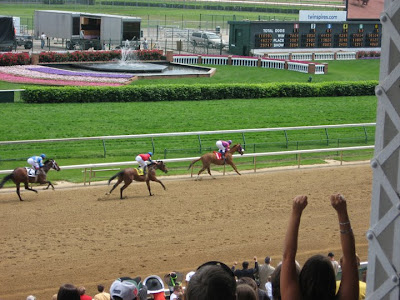 Our horse came in last. 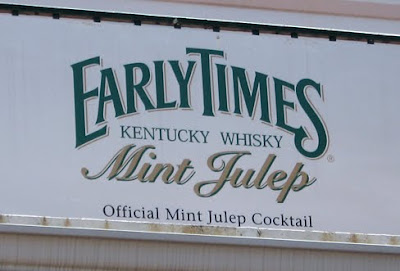 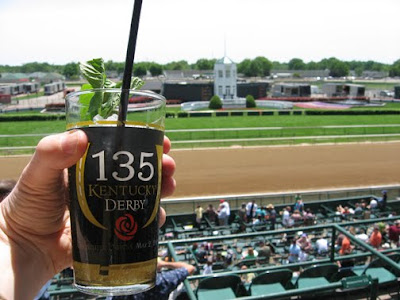 You can't visit Churchill Downs without having a Mint Julep
(unless you don't drink or you don't like Mint Juleps). 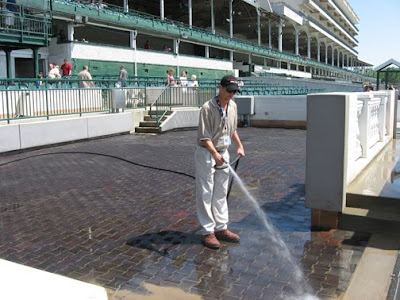 This is the Winner's Circle, where the horses get that big bunch of roses put around their necks on Kentucky Derby day. This picture also reminds me of a gag from The Benny Hill Show. 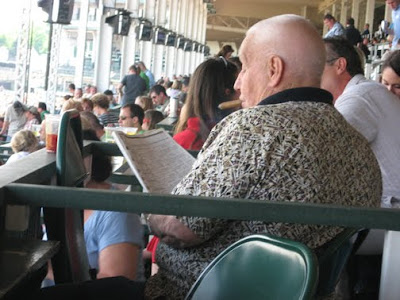 "Hello, Central Casting? Send up a guy who looks likes
he spends a lot of time at the race track." 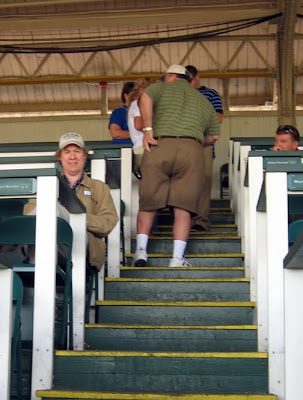 Here's a picture of me and a guy with a big rear end.
(That's me on the left.) 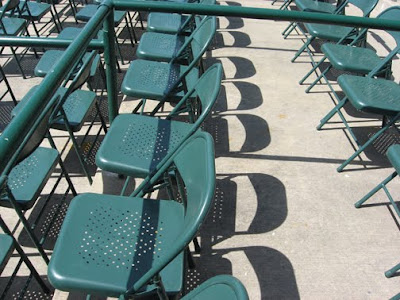 These seats go for $500 on Kentucky Derby day.
They were $2 when we were there.

They really do play that little horseracing fanfare tune
before each race.

People in Kentucky take their horses seriously. After all, they've got the most famous horse event in the world. And as far as big sporting tournaments go, the Kentucky Derby is one of the more eccentric. Run since 1875, it's the oldest continuing sporting event in the USA, and it's been at Louisville, Kentucky's Churchill Downs race track since 1937. Unlike the Super Bowl or the World Series, spectators in the stands wear extremely nice clothes. Women's hats alone are a sport unto themselves, with their own parade that follows the race. And what's the official drink of March Madness? Gatorade? Please. The Kentucky Derby has the genteel Mint Julep, a harsh-until-you've-had-a-few libation of mint, Kentucky bourbon, sugar and water. The race only lasts a couple minutes, "the most exciting two minutes in sports" as it's known, so the event is all about anticipation. TV reporters spew forth facts and figures and heart-tugging stories about plucky horses and their come from behind owners and jockeys for hours before the race, only to have some horse they completely ignored steal the show.

We visited Churchill Downs on a beautiful May Sunday, which also happened to be Mother's Day. Maybe because of that there were a lot of nicely dressed families in attendance. We took a great guided tour which got us right up to the track which was sandier and muddier than expected, reminding me of the Seinfeld horseracing episode with the line "His father was a mudder. His mother was a mudder."
It's nice to see all the racetrack cliches come to life before your eyes. A portly but nattily attired trumpeter plays that familiar horse racing fanfare before each race. He waits in his own special little house until just the right time, comes out, plays the tune, and then goes back inside until the next race. I like that.
We couldn't leave without placing a bet, so we decided to put $2 on the horse with the longest odds. The guy at the betting window said number 4, no wait, number 2, so number 2, Aggressive Adventurer, it was. Let's just say we won't be retiring from our gambling winnings. Aggressive Adventurer came in last. Number 4 won, though. The weed of gambling bears bitter fruit.
Posted by Gunnar and Sherry at 2:43 PM

Yes, we had a blast. It's a great cheap place (if you don't gamble) to spend a day and people watch.