Baker, California: World's tallest thermometer, aliens and much, much more 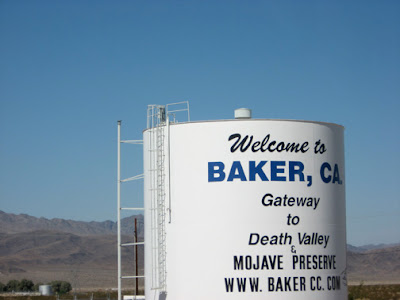 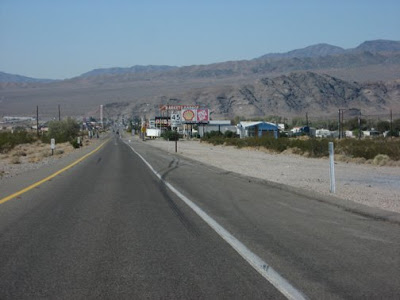 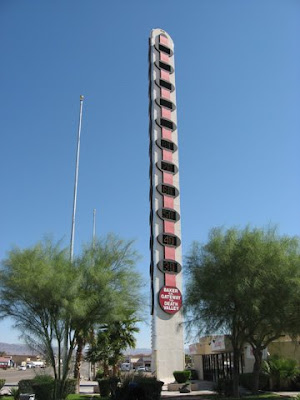 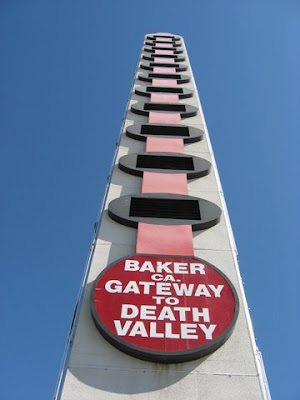 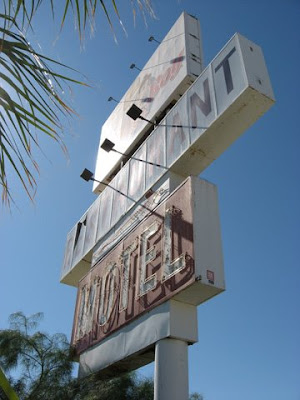 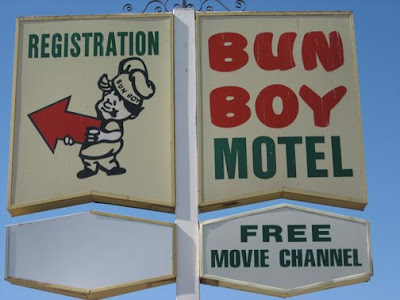 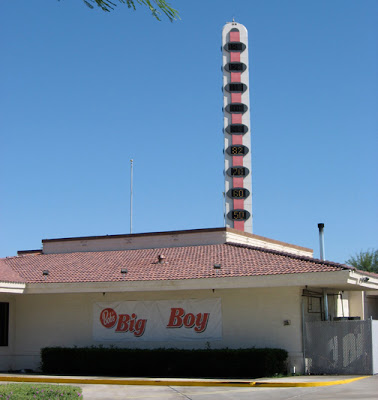 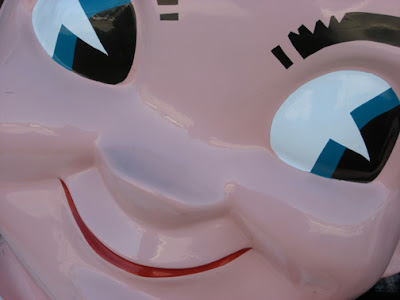 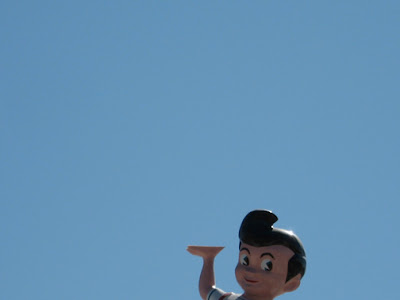 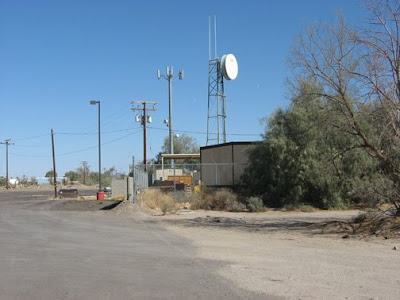 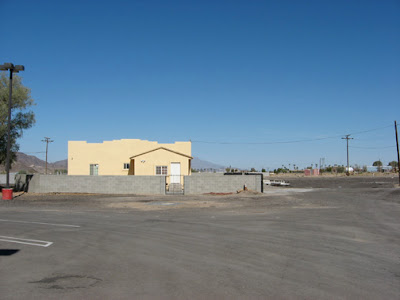 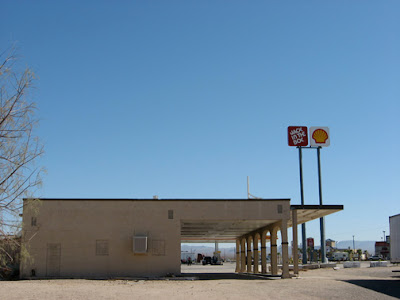 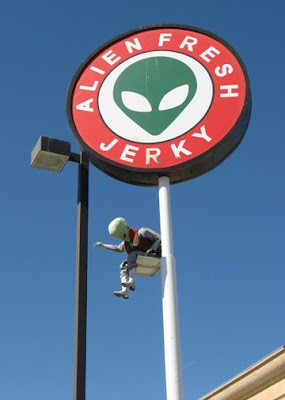 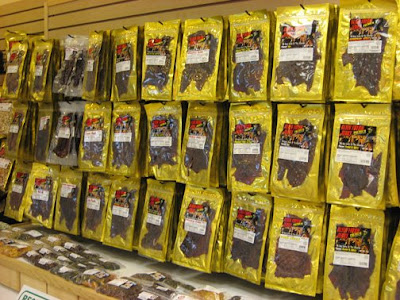 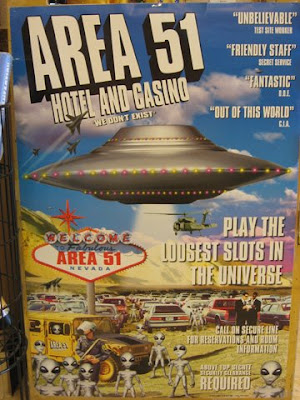 We drove from Las Vegas to Los Angeles on our last trip and stopped for gas in the sleepy little hamlet of Baker, California. What a wonderful little town this is, all dusty and rustic with remnants of roadtrips of days gone by. It sports bonafide eccentric roadside attractions including the world's tallest thermometer. It's 134 feet tall and its height commemorates the hottest temperature ever recorded in the USA: 134 degrees Fahrenheit, measured in nearby Death Valley in 1913. Baker bills itself as "the gateway to Death Valley" which, let's face it, is pretty big, gateway-wise. There's a Big Boy restaurant which apparently used to be a Bun Boy restaurant, as the Bun Boy sign still remains. I'd love to know about the Big Boy/Bun Boy brouhaha, if anyone can enlighten me. There's also an Alien Fresh Jerky store, because when you think of extra-terrestrial beings, the first thing that comes to mind is jerked meats. They've got more kinds of jerky here than there are U.S. Government-UFO cover up conspiracy theories (or something like that). Baker also offers some lovely western mundane scenes. These are some of my favorite parts of roadtrips: overlooked melancholy sites no one really pays any attention to. I find them inspiring. So a big tip of the hat to Baker: it was a pleasure to make your acquaintance.
Posted by Gunnar and Sherry at 4:28 PM

I like stopping here too. Although the last time through the thermometer looked rather shabby, and it had large Big Boy lettering along the side of it. I hope they fix it up soon! Great blog by the way. I love this kind of stuff.