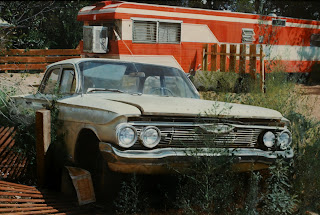 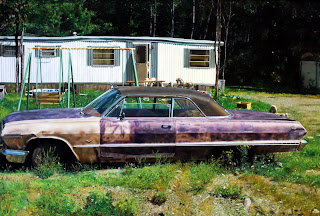 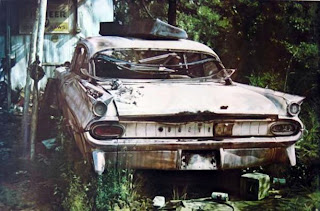 And now, my homage to the master:
"Blue and White Ford Wagon in Field" 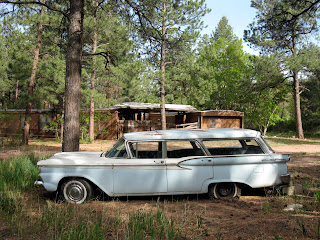 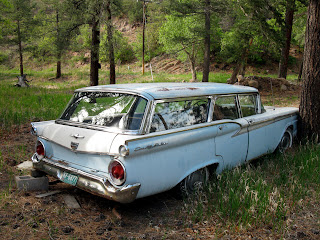 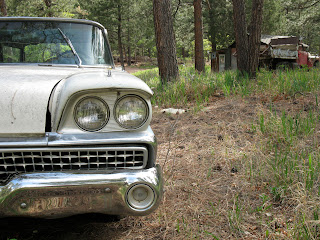 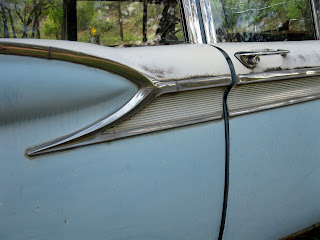 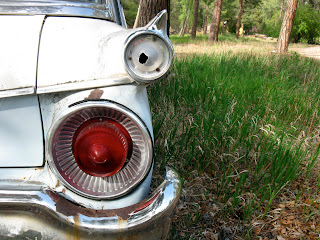 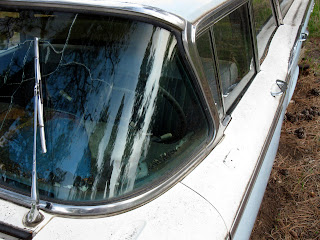 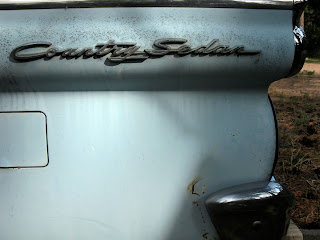 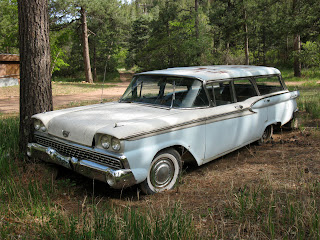 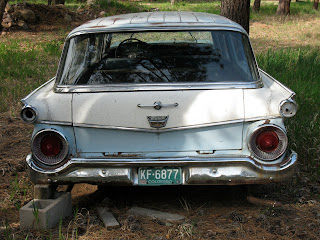 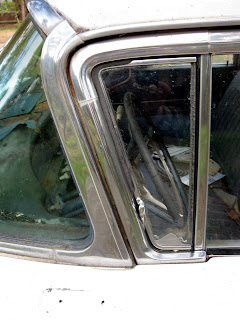 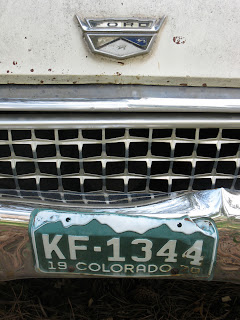 John Salt (1937-) is an English painter who hit it big in the early 1970s with his photo-realistic paintings of decaying automobiles rotting away in fields, trailer parks and urban streets. His paintings have always spoken to me, not only for their magnificent technical craft but also for the mundane and poetically lonesome vibe they send out, depicting once-gleaming possessions of pride and status, now pathetically discarded and left to rot among weeds and debris. As I gaze out the window on long road trips, I'll often think to myself, "there's a John Salt painting". One of the most spectacular John Salt moments I've encountered happened at a campground in Colorado Springs, Colorado. The wonderfully eccentric May Museum of Natural History in The Tropics, which we've blogged about before, is on the property, and off in the distance among the Colorado pines and tall grass sits a comatose 1959 Ford Country Sedan station wagon. I actually remembered seeing this sad beauty on a previous road trip to the museum nine years earlier and was delighted to see that it was still resting in its same spot, full of melancholy ambiance.

If you're ever in the Colorado Springs area, Mr. Salt, your chariot awaits.  (Check out a nice video about the great artist here)
Posted by Gunnar and Sherry at 3:17 PM

and here I was thinking I knew all about the roadside type photorealists, and I had never heard of mr salt. And as anyone who has seen me eat knows, I love salt! Thanks for the tip, G!