Meet the beetles: Colorado Springs' May Museum of Natural History of The Tropics 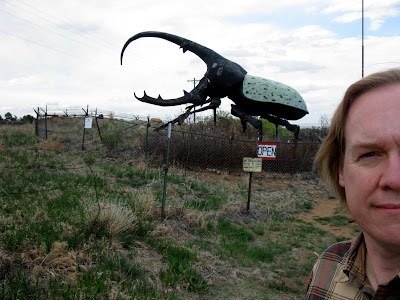 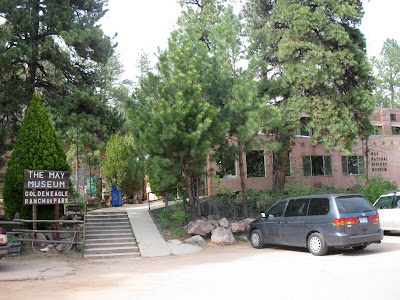 The May Museum sits on the property of the Golden Eagle Ranch Campground and RV Park. 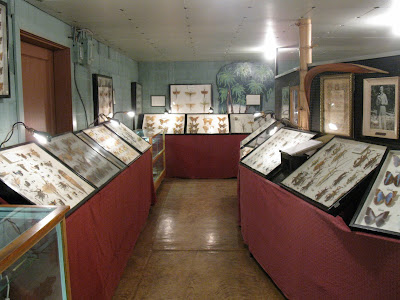 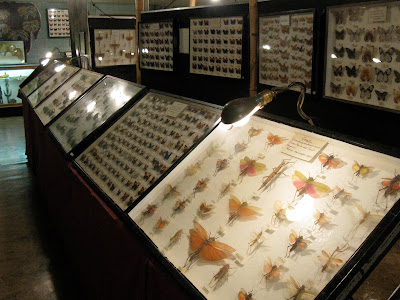 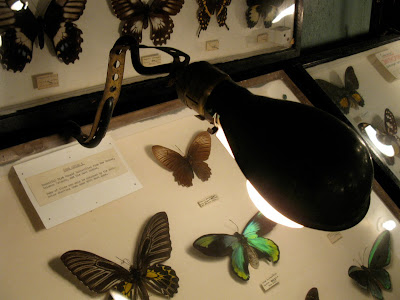 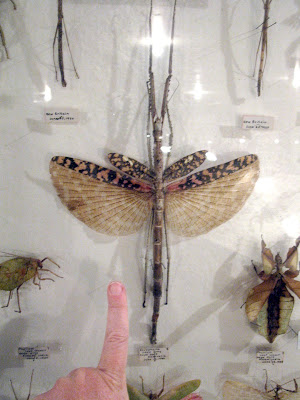 An Acrophylla Titan from Australia (that's my finger there for scale) 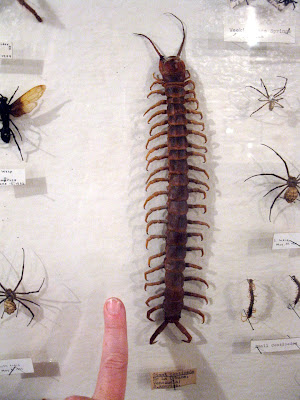 A giant centipede from Venzuela 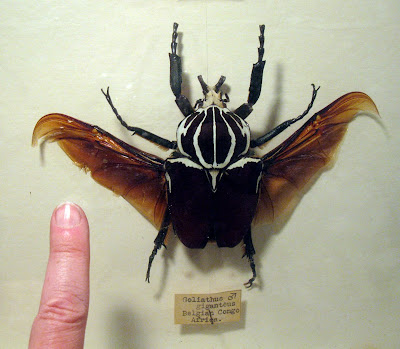 A Goliathus Giganticus from the Belgian Congo 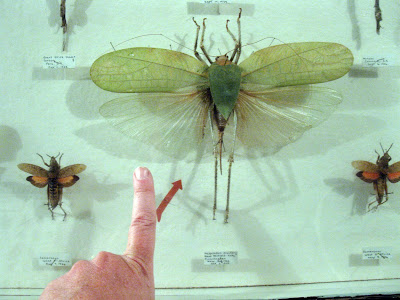 A Megalodon moth from New Guinea 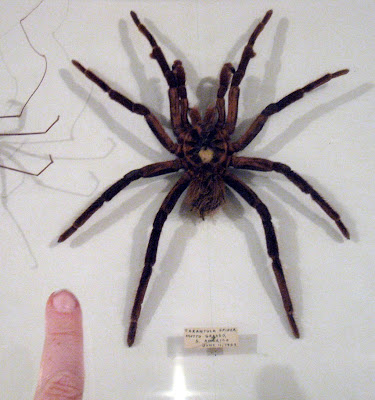 A tarantula from South America 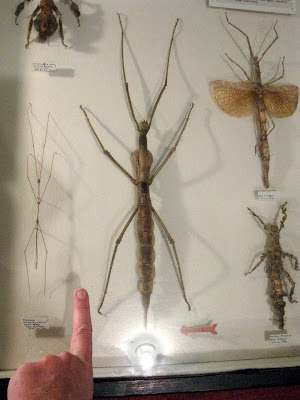 I can't read the label on this one...let's just call it Biggus Stickus. 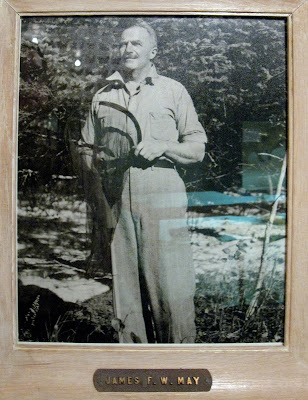 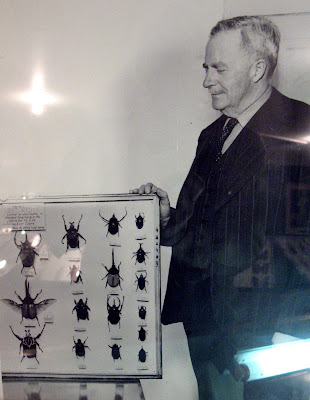 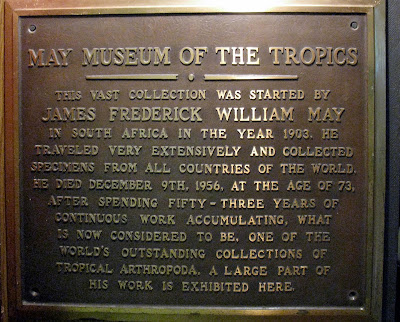 Nine miles southwest of Colorado Springs, Colorado in a campground about a mile off of Route 115 sits something totally unexpected and decidedly eccentric: a Smithsonian-worthy natural history collection of 8,000 exotic insects from the far reaches of the planet. James F.W. May was an adventurer and travelled the world at the turn of the century. He passed along the "bug" for bug collecting to his son John, who was only eight when his father died of yellow fever. John amassed a collection of over 100,000 invertebrates and in 1952, he built a museum to house the collection on the family's ranch in Colorado. Today, the museum looks like it hasn't been modernized since opening: labels written by hand and old-fashioned typewriter accompany the vast selection of wild and weird creepy-crawlies encased under glass and craning lamps. The rustic Colorado locale belies the alien origins of these arachnids: there are moths from Madagascar, beetles from Borneo, cockroaches from the Congo and tarantulas from, er, somewhere beginning with a T. And, as if that wasn't already enough, they also have what eccentric roadside attraction fans pine for: a world's biggest something-or-other...in this case, a giant, Godzilla-sized Hercules Beetle next to their sign on the highway. A couple of very nice ladies that work there told me they get a lot of school groups coming through and who can blame them...there are more insects than you can shake a stick bug at and it's a place where you'll really get the most bang for your bug.
Posted by Gunnar and Sherry at 11:42 AM

It's nice to find a site you can trust.Visit Critterriddertexas.com this site was recommended by a friend so I tried it.They provide a Rodent Control Austin Animal Control Texas,Bee Removal Austin and Wildlife Removal Austin at affordable price.Their service was great.

Bee Removal Austin? Is that you? How are ya, ya crazy bastard!