Salty and sweet: Salty the giant seahorse of Mattapoisett, Massachusetts 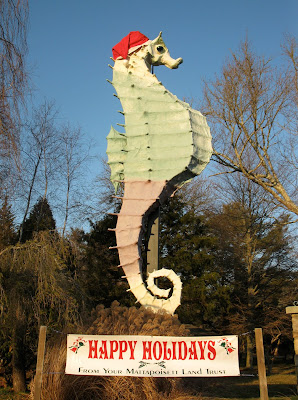 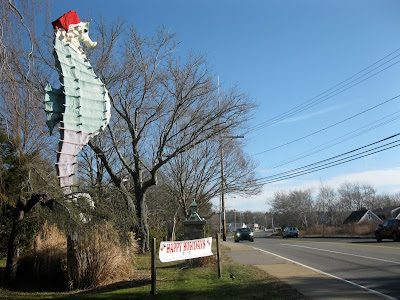 Salty the Seahorse greets all who drive down Route 6 in Mattapoisett, Massachusetts. 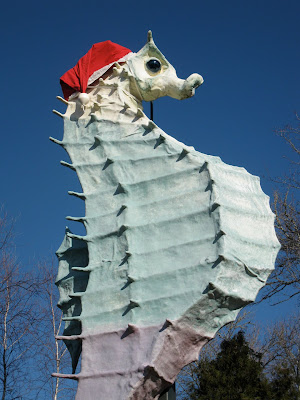 He was wearing a jolly Santa hat when we stopped by the other day. 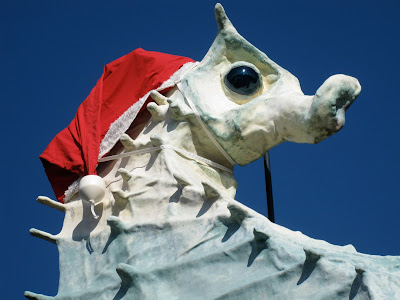 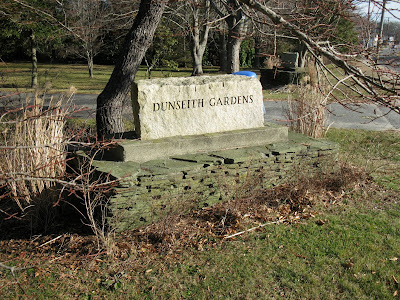 A Mr. Henry Dunseith had a home and gift shop on 3 and a half acres in Mattapoisett and he left the land to the Mattapoisett Land Trust in 1988. 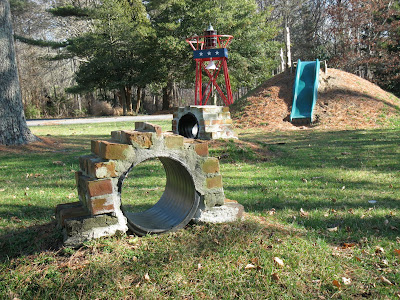 The park features what look like remnants of a former mini-golf course... 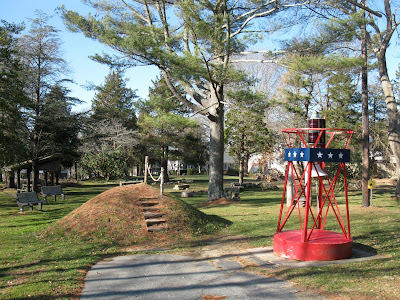 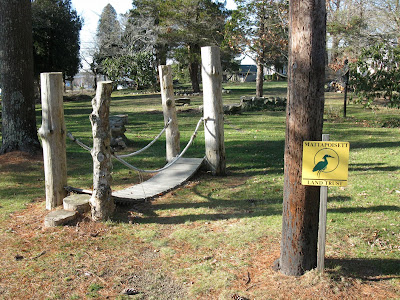 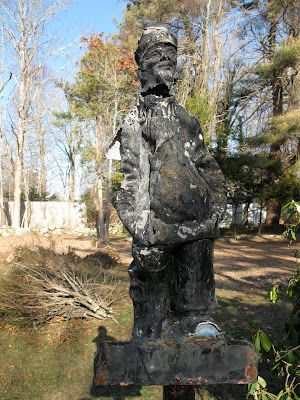 ...including this cheery fellow. 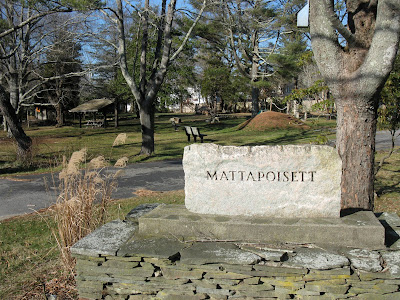 We're always delighted here at Eccentric Roadside when a community goes to great pains to save a classic roadside icon that could have just as easily been dumped in the eccentric roadside boneyard. Such is the case with Salty the Seahorse, who for years was much loved by the good folks of the pleasant south Massachusetts coast town of Mattapoisett. In the mid-1950s, a Mr. Henry Dunseith had his home and a gift shop on a plot of land on busy Route 6. To bring some attention to his business, he had a 38-foot seahorse erected on his land by a Mr. Theodore Tetreault. The seahorse became a beloved landmark of locals and tourists alike and when Mr. Dunseith passed away in 1988, he willed his 3 and a half acres of land, his buildings and the seahorse to the Mattapoisett Land Trust. The buildings were too dilapidated to restore and they were razed. The notion of doing away with the seahorse was considered, too, but local fans intervened and instead it got a makeover, to go along with the efforts of local garden club members, arborists and Boy Scouts who turned Mr. Dunseith's land into a beautiful playground, picnic area and nature area. The land is on the busiest intersection in town and a fortune could have been made by selling the land to a fast food chain or muffler shop, but the Land Trust stuck to Mr. Dunseith's wishes and a beautiful, quirky and unique park sits there today, reminding passers by of Mattapoisett's nostalgic tourist past (good on you, Land Trust). The park was dedicated in 2000 and a contest was held to name the seahorse-with-no-name (I think I've been through the desert on one of those). Salty was chosen and that's how he's known today (thank you, Gerry Rosser). An especially cool feature of the park are the remains of what must have been a mini-golf course, including a star-spangled buoy, wooden bridge and other loony-link hazards, now overtaken with grass, making it a nice, quirky homage to its retro road attraction past. Of course, you may want to take that with a grain of Salty.
Posted by Gunnar and Sherry at 11:17 AM

Oh very cool! I love that Seahorse - and am so glad they're keeping him in good shape. I can't help but wonder what his eyeball is made out of? Don't forget to check out the Duckpin Bowling at the Bowl-Mor just across the street!

Salty is adorable ... good on Mattapoisett for adopting him :)

Thank you for featuring our most famous resident. We are proud of our efforts to preserve Henry Dunseith's legacy, but we could always use more help. - G.P.Johnson. Pres. MLT

Here's another one of your photos in that puzzle -- lower right. He punched up the color a little but the branches, shadows, etc. are definitely yours:
http://www.whitemountainpuzzles.com/Roadside-Marvels-Puzzle-1000-Piece-Puzzle-White-Mountain-Puzzles/productinfo/1320PZ/