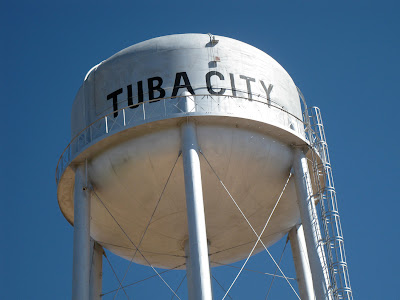 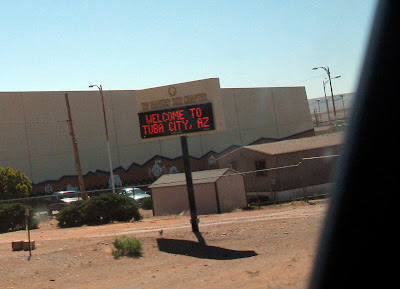 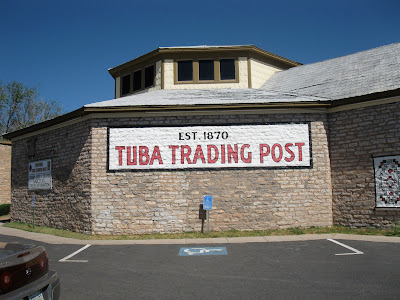 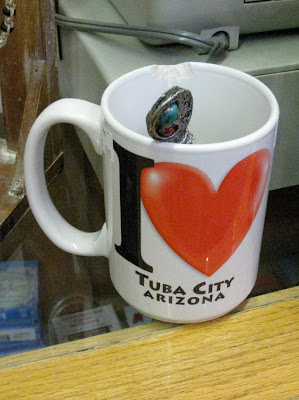 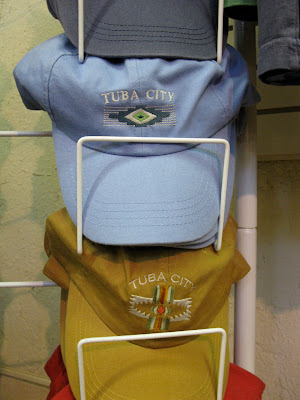 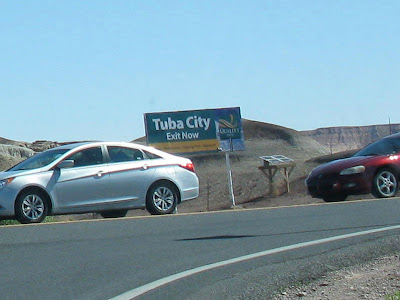 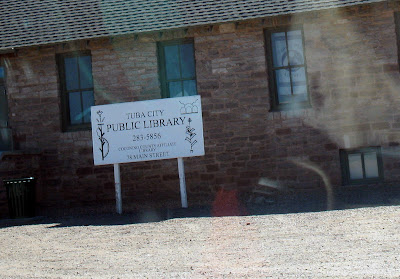 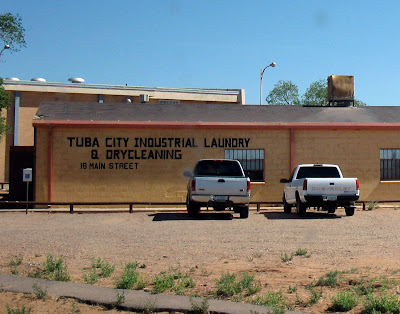 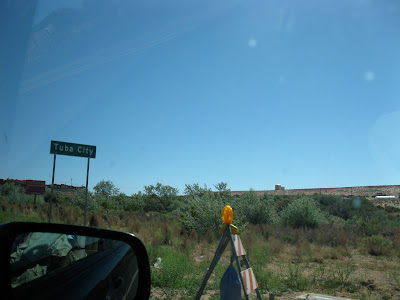 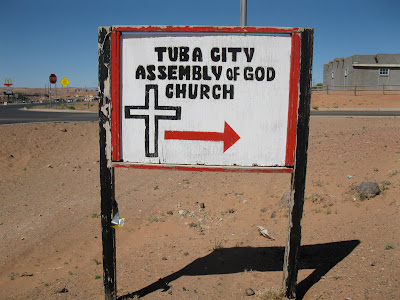 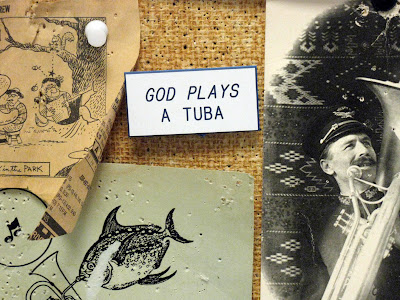 My old tuba teacher Tucker has this outside his office door at the University of Akron. I always thought God played the bass clarinet. 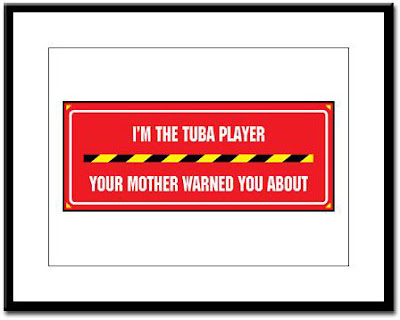 You can order this fine framed print from Cafe Press. Makes a great present for friends and loved-ones.

As a former tuba player (1972-1988), I took great interest in the fact that if we planned it just right, we could pass through the town of Tuba City, Arizona on our way from the Grand Canyon to Four Corners on our last trip. Would there be tuba concertos blasting from the taverns and concert halls? Would there be statues on the town green of Wilhelm Friedrich Wieprecht and Carl Moritz, who, in 1835, were granted a patent for their Berlinpumpen tuba? Would the gift shops be bursting with chocolate tubas, nerf tubas and tuba toothpaste?

It seems Tuba City gets its name from Tuuvi, the great Hopi leader from Oraibi in today's Arizona. Seems Tuuvi City was too much of a mouthful so it became Tuba City when it was named by the Mormons in 1872. Kinda like Paul McCartney making "Hey Jules" into "Hey Jude". So, while there is an abundant amount of Hopi art and artifacts, there's nary a brass bass horn in sight. Not even a fiberglass Sousaphone.

And if all this is putting you in the mood to hear a little tuba music, and who needs an excuse for that, then check out this link from the International Tuba Day people. If you ask me, every day is Tuba Day.
Posted by Gunnar and Sherry at 4:36 PM

I'm confused... No one plays the tuba in "Hey Jude". Lots of brass, yes, but I don't think I hear a tuba. Oh, I see, one has nothing to do with the other. Sorry, I forgot what site I was on. Never mind.

Bill, I believe there's an early bootleg version of "Hey Jude" from the Beatles' Maharishi period called "Hey Tuba". They thought better of it when the pot wore off.

Tuba City is also home to the Navajo Code Talkers Museum. The Navajo developed a code based on their native language that was never broken, and saw very effecitve use during Iwo Jima (800 messages sent/received without error). If you're at all interested in WW II, the Marines, or military history, this museum is well worth your time.

Thanks for the tip. We went to a Code Talkers museum of sorts in a Burger King out west. Is that the one you mean? I took pictures back in 2011 and it would make a good post.