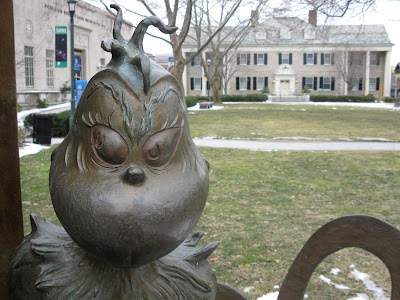 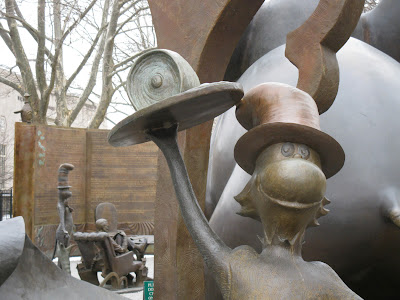 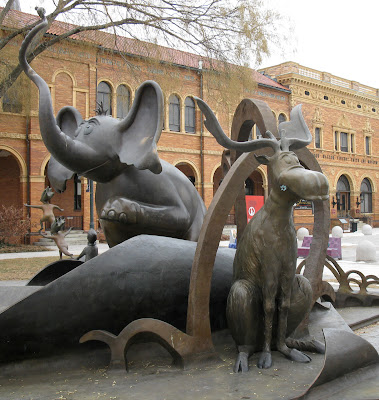 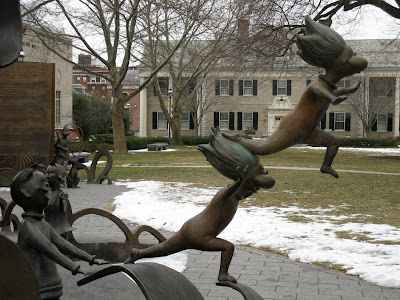 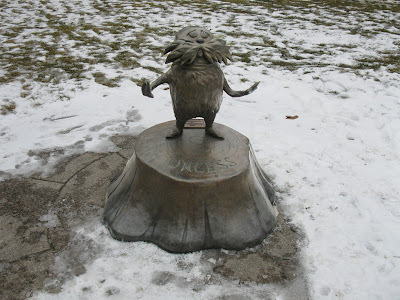 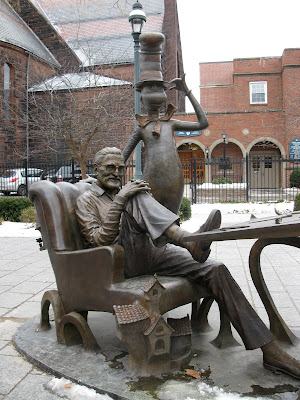 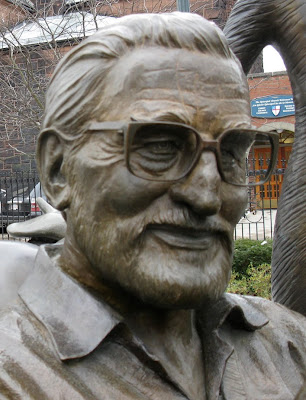 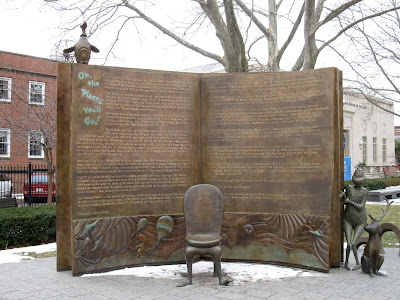 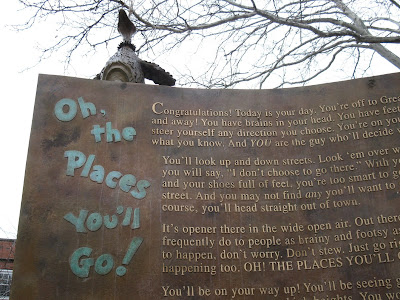 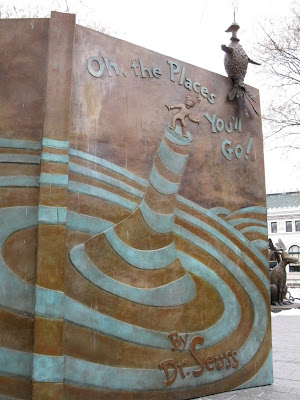 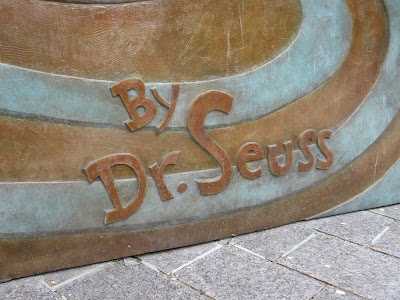 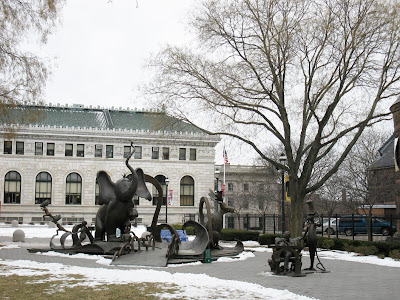 Everybody comes from somewhere, and Springfield, Massachusetts was lucky enough to be the birthplace of iconic children's book author Theodore Geisel, better known as Dr. Seuss (Seuss was his middle name and his mother's maiden name). Ted was born in Springfield in 1904 and lived there until he went to college. His hometown was the influence for some of his books, too, including his first, And To Think That I Saw It On Mulberry Street (and aspiring authors should take comfort in knowing that even the great Dr. Seuss was rejected 27 times before finally getting his first book published). After an early career as a cartoonist and advertising artist, he went on to write and illustrate 44 books including the classics The Cat In The Hat, Green Eggs and Ham and Horton Hears A Who. And, I don't know about you, but it just wouldn't be Christmas in our house without Dr. Seuss' How The Grinch Stole Christmas. In 2002, Springfield did their native son proud by opening the Dr. Seuss National Memorial Sculpture Garden in the courtyard green of the Springfield Museums at the Quadrangle, a group of four outstanding science, history and art museums. Seuss's own step-daughter, Lark Grey Diamond-Cates, sculpted life-sized bronze depictions of Seuss's most beloved and lovably peculiar characters, including Thidwick the Big-Hearted Moose, the Grinch and Sam I Am. There is also a likeness of Geisel, sitting at his drawing table with the Cat in the Hat looking over his shoulder. It's fun to walk around and admire these eccentric characters, assembled here with love and respect. As the good doctor once said, "If you never did, you should. These things are fun and fun is good."
Posted by Gunnar and Sherry at 11:13 AM

Fantastic! A reminder that there is always a child inside and that fun might be right around the corner.

WAY WAY AWESOME! I don't think you'll ever be able to top this one!

I was interested to see your post since my three year old loves Dr. Seuss. In fact, we just checked-out The Cat and the Hat from the library today!

Great photos...I hadn't heard of the memorial garden until now.

Thanks for stopping by Sarah!