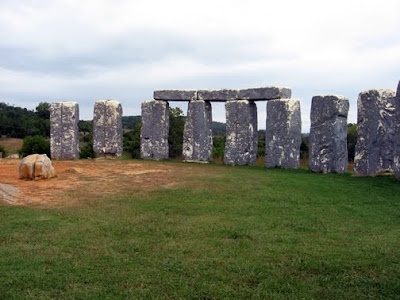 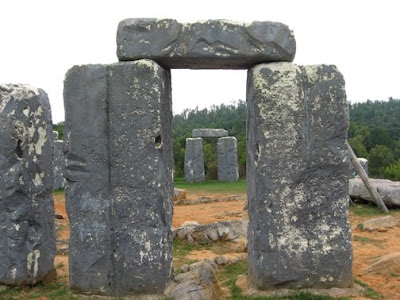 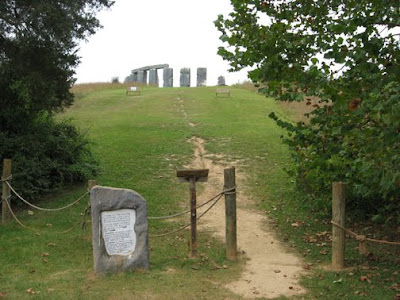 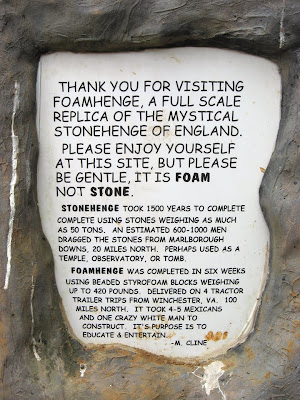 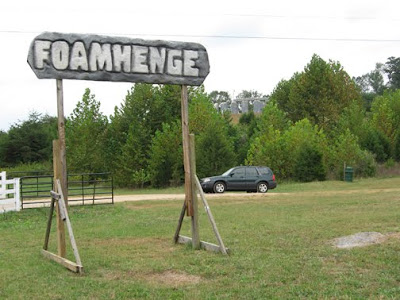 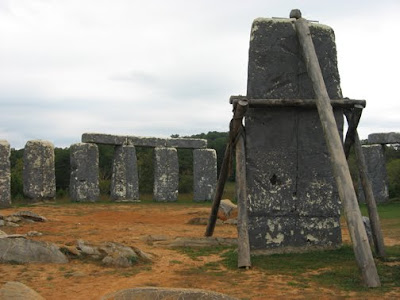 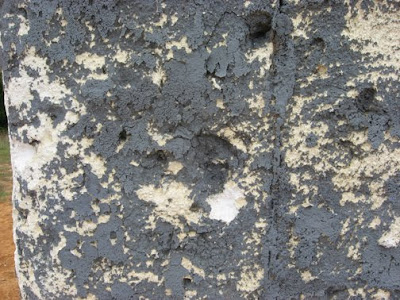 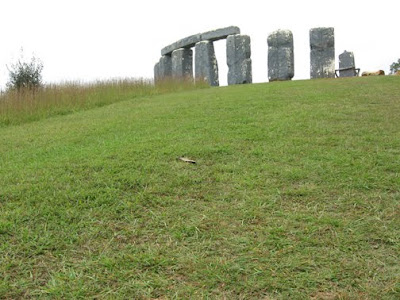 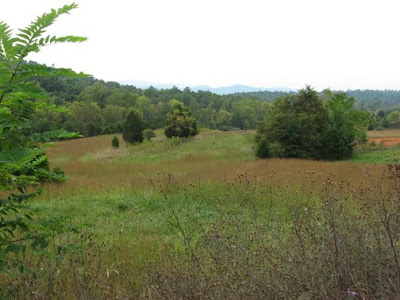 You get a nice view of the Blue Ridge Mountains. 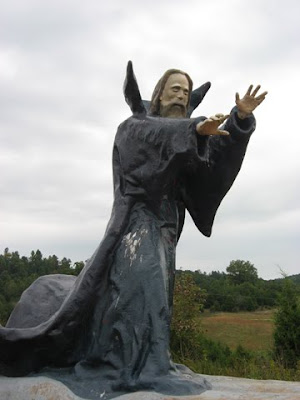 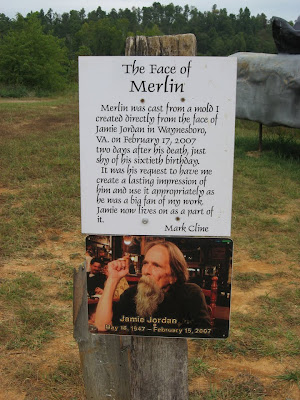 Sculptor Mark Cline based his statue of Merlin on his late friend Jamie Jordan. 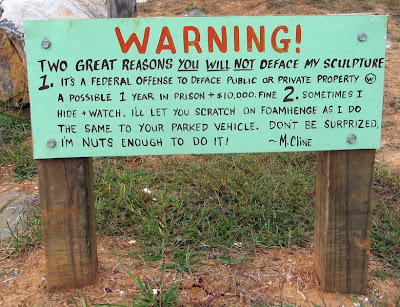 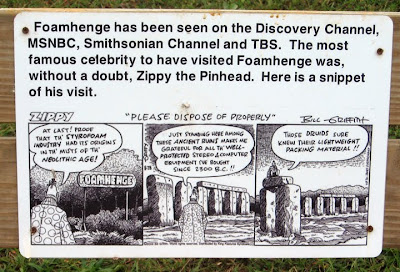 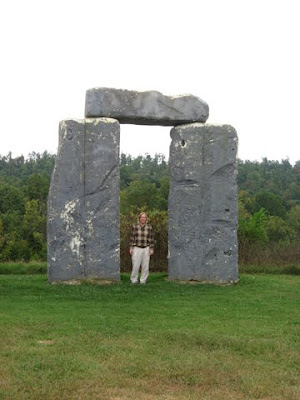 This is me at Foamhenge... 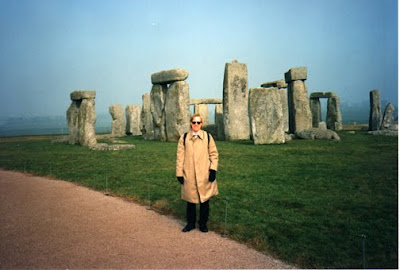 ...and me at the real deal. Pretty good resemblance, I'd say. 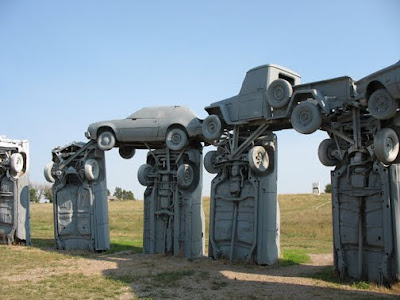 Foamhenge isn't quite as wacky as Carhenge but it's still pretty awesome.
The town of Natural Bridge, Virginia has a built-in roadside attraction, 20 stories of solid rock carved by the fingers of nature, that is so impressive, they named the town after it. The Bridge is quite impressive and definitely worth seeing, but it pales in comparison to the eccentric man-made wonder just down the road that is Foamhenge. That would be a replica of the famous Druid stones of southern England's Salisbury Plain made out of styrofoam by eccentric wunderkind Mark Cline. As the visionary behind Virginia attractions The House of the Living Dead, The Scare Witch Project, and Professor Cline's Time Machine, he worked out a deal with the town to put up his creation on a Route 11 bluff overlooking the pretty Blue Ridge Mountains in 2004. Great pains were taken to get each stone as exact as possible by consulting English experts. The "stones" are anchored to the ground by pipe and concrete and do require periodic upkeep and replacement, but they really have the feel of the actual place. Cline offers two theories of the real Stonehenge's origin: ancient workers using miraculous ingenuity, or the magic of Merlin, complete with a statue of the sorcerer based on the death mask of a friend. Having been to the real Stonehenge in England and Carhenge in Alliance, Nebraska, we can say Foamhenge left a foam-idable impression. Check out these sites for more in-foam-ation: roadsideamerica.com and enchantedcastlestudios.com
Posted by Gunnar and Sherry at 12:29 PM

Strange, if you look closely, you can that Gunnar is made of styrofoam, too.

Haha! Just like the townsfolk of Rockridge in "Blazing Saddles"!

oh that's so going on my map! thanks for the info!

Yes, Betty...as far as styrofoam Druid ritual stone replicas go, it's one of the best!