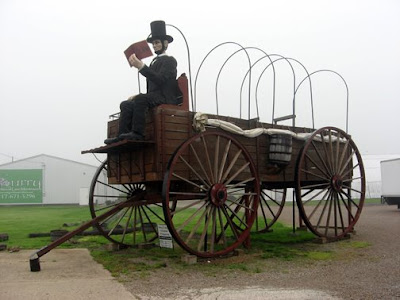 The world's largest covered wagon, although it appears to be more of a convertible here. 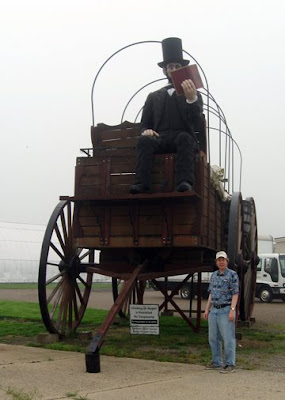 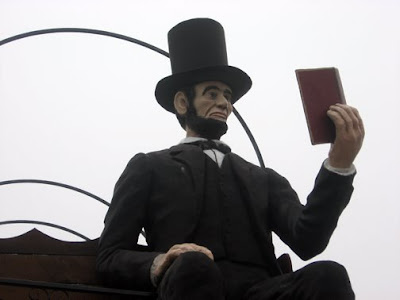 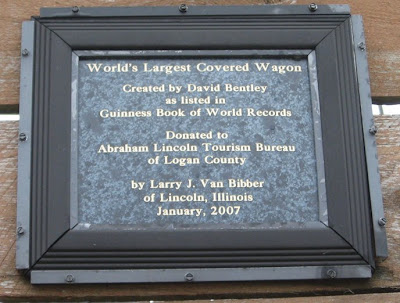 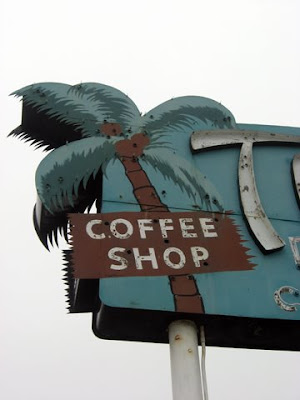 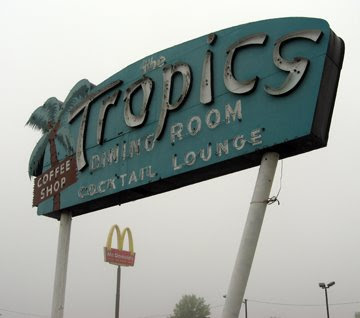 The Tropics appeared to have gone out of business when we were in Lincoln. It wasn't for lack of an extra cool sign, though. 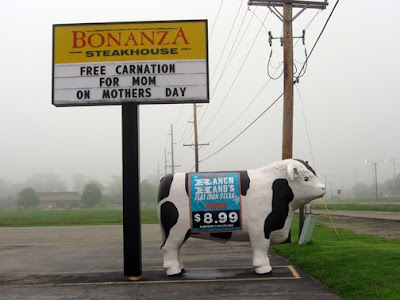 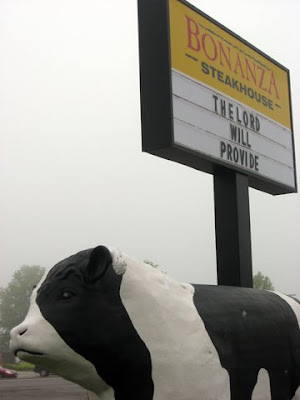 The Lord will provide.
You can't have a town named Lincoln in the state of Illinois without a big tribute to Old Abe and Lincoln, Illinois has lulu. It's the world's largest covered wagon, driven by the railsplitter himself. I don't recall if Lincoln ever actually travelling by covered wagon from my high school history classes but what-the-hey, this is pretty awesome. It's also on Route 66 (on the corner of Woodlawn Road), which is nothing but cool, too. We got there early on a foggy morning after spending the night at the Super 8 across the street. Abe is lovingly rendered in a grotesque folk art motif and sits on a prominent plot next door to a lawn mower dealership. The site weighs five tons, is 40 feet long, 12 feet wide and 24 feet tall and is in the Guinness Book of World Records. Abe is seen reading a law book, which seems appropriate since he practiced law in this very town. He was obviously ahead of his time in the reading-while-driving department, too. In the same neighborhood were some pretty cool signs too. Overall, this is a great eccentric roadside attraction, but know what would have been even cooler? A giant Abe Lincoln driving a giant Lincoln Continental. That would be Abe-ove and beyond, but nobody asked me.
Posted by Gunnar and Sherry at 10:19 AM

Looked a bit foggy, but I think it makes the images more surreal!