Moor dead than alive: The Saltair Pavillions of Magna, Utah 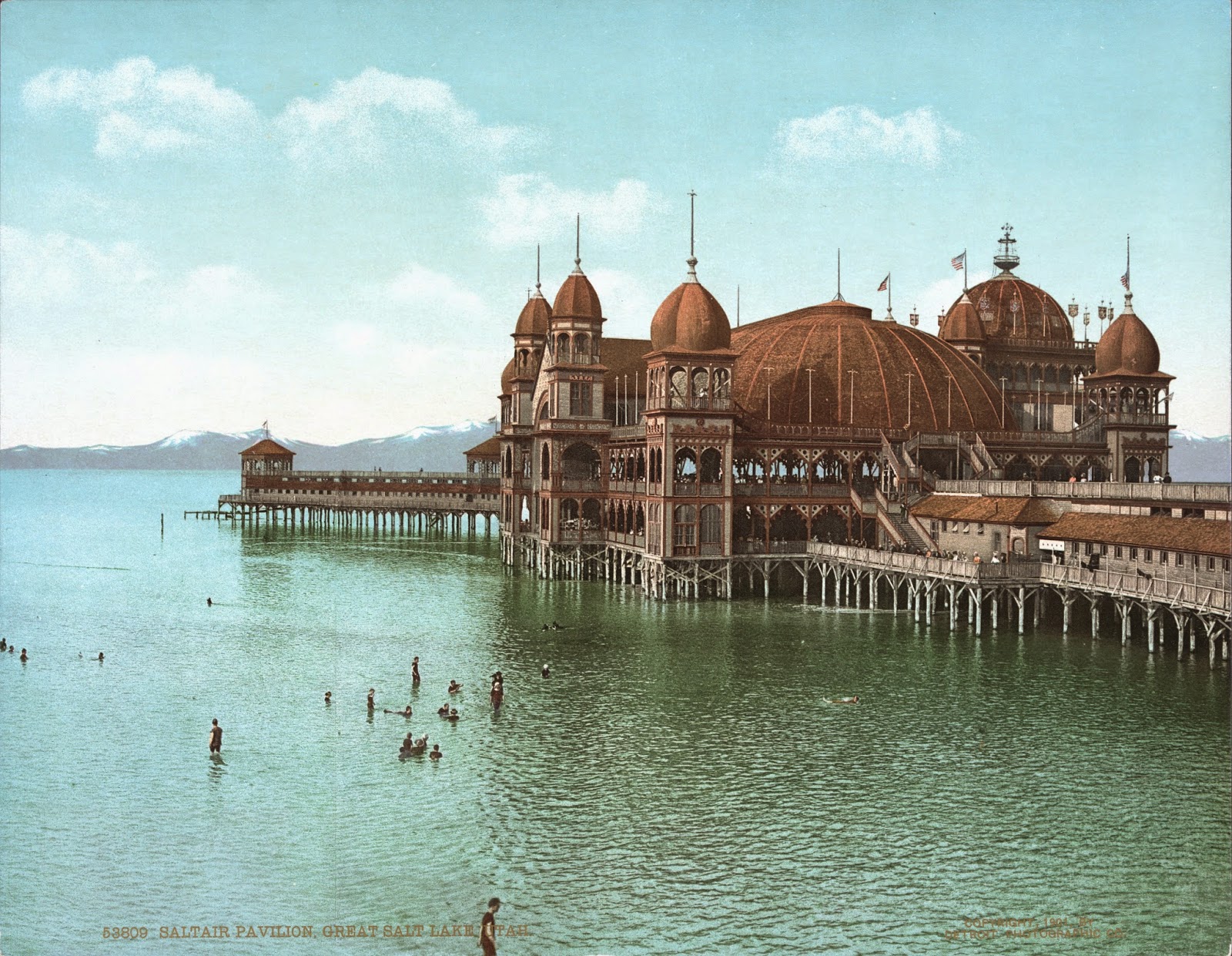 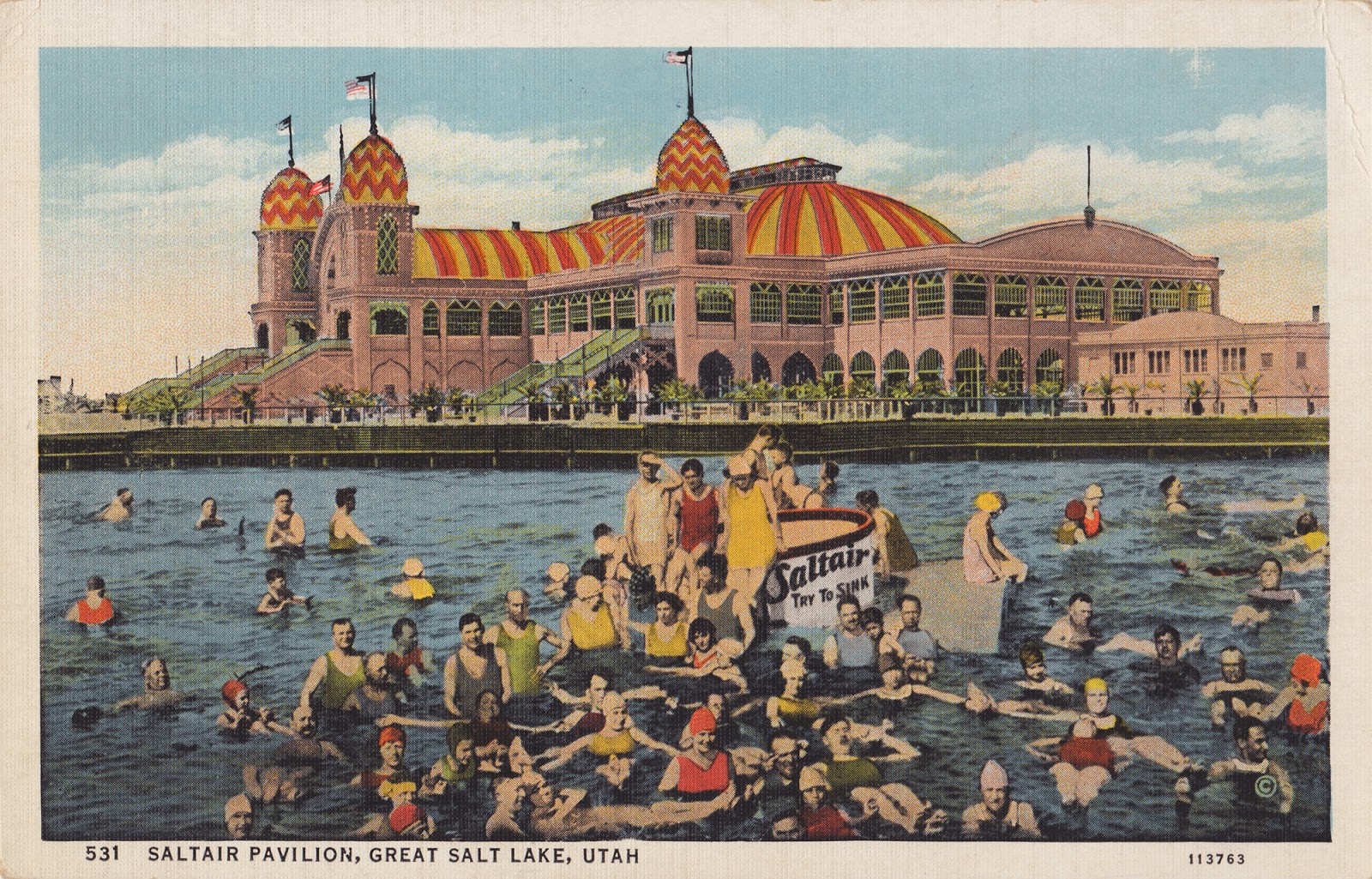 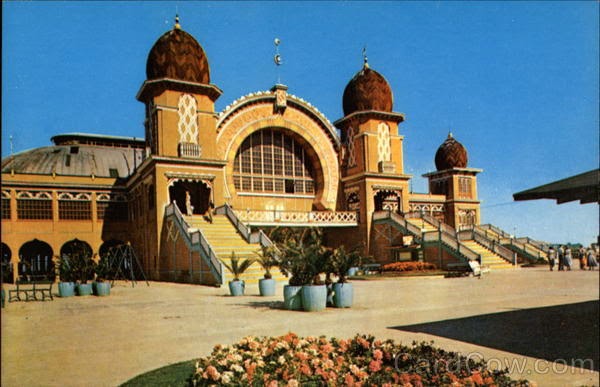 Pavillion II, probably around the 1950s 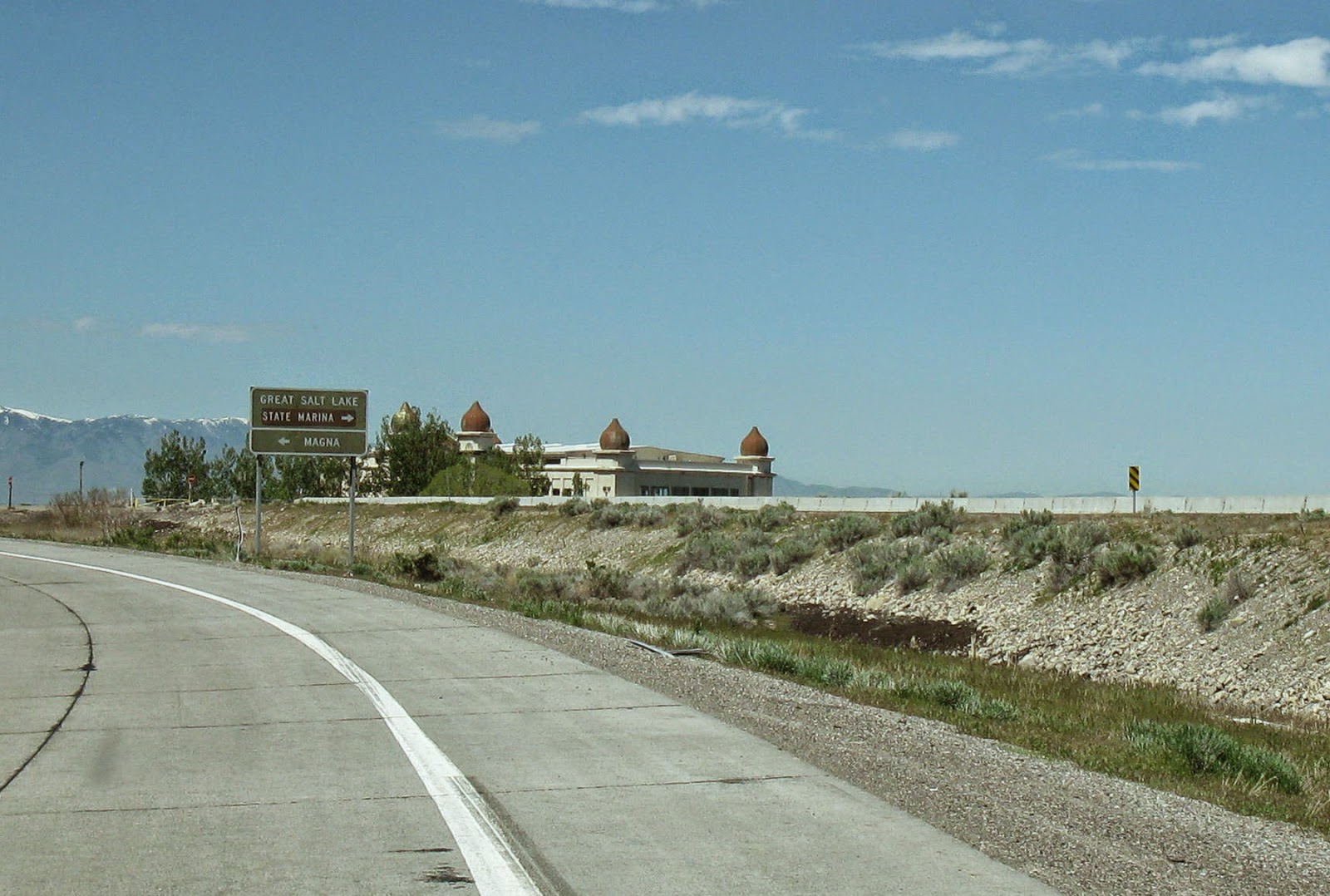 Today's Pavillion III, on a lonely stretch of I-80 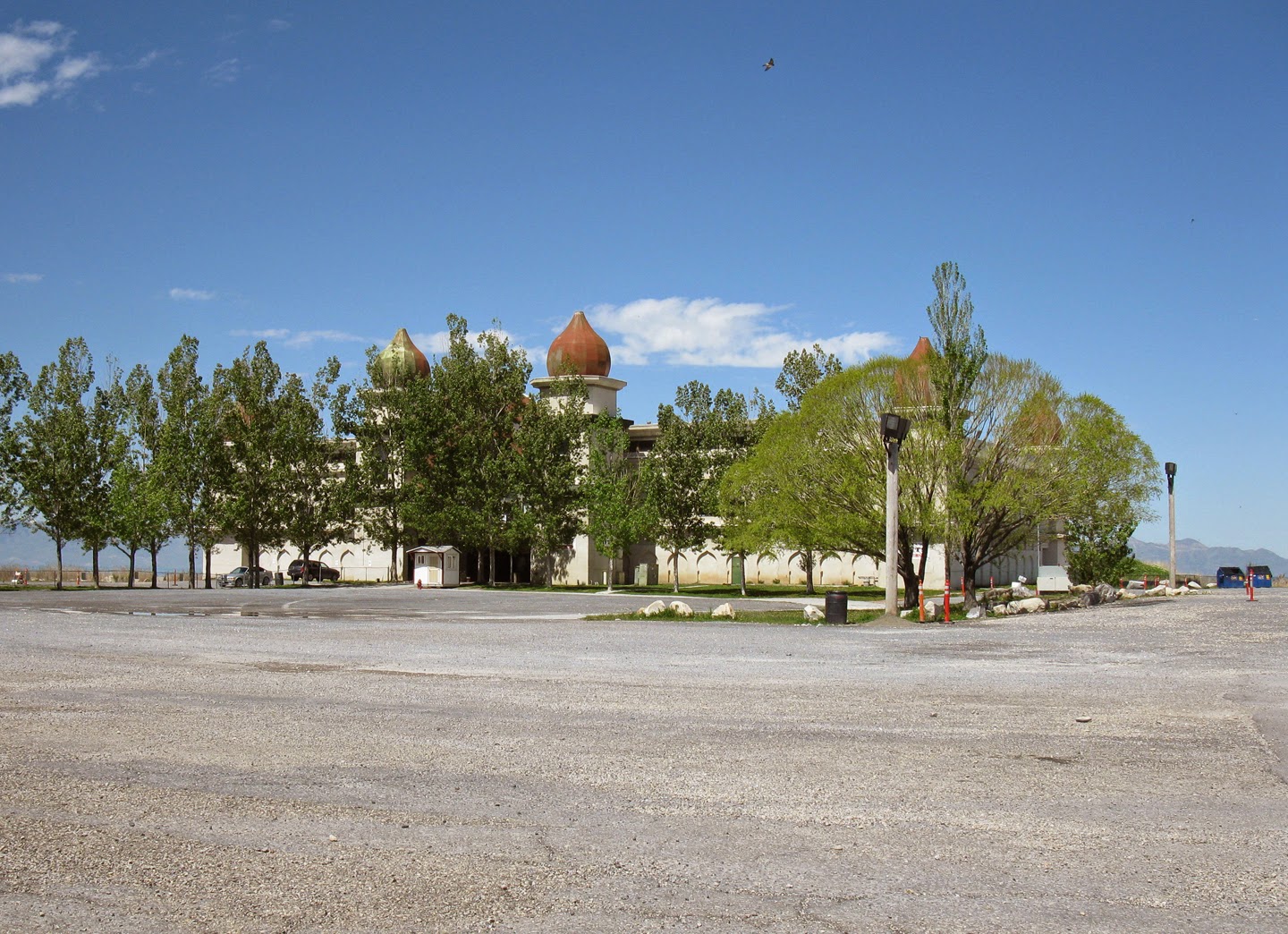 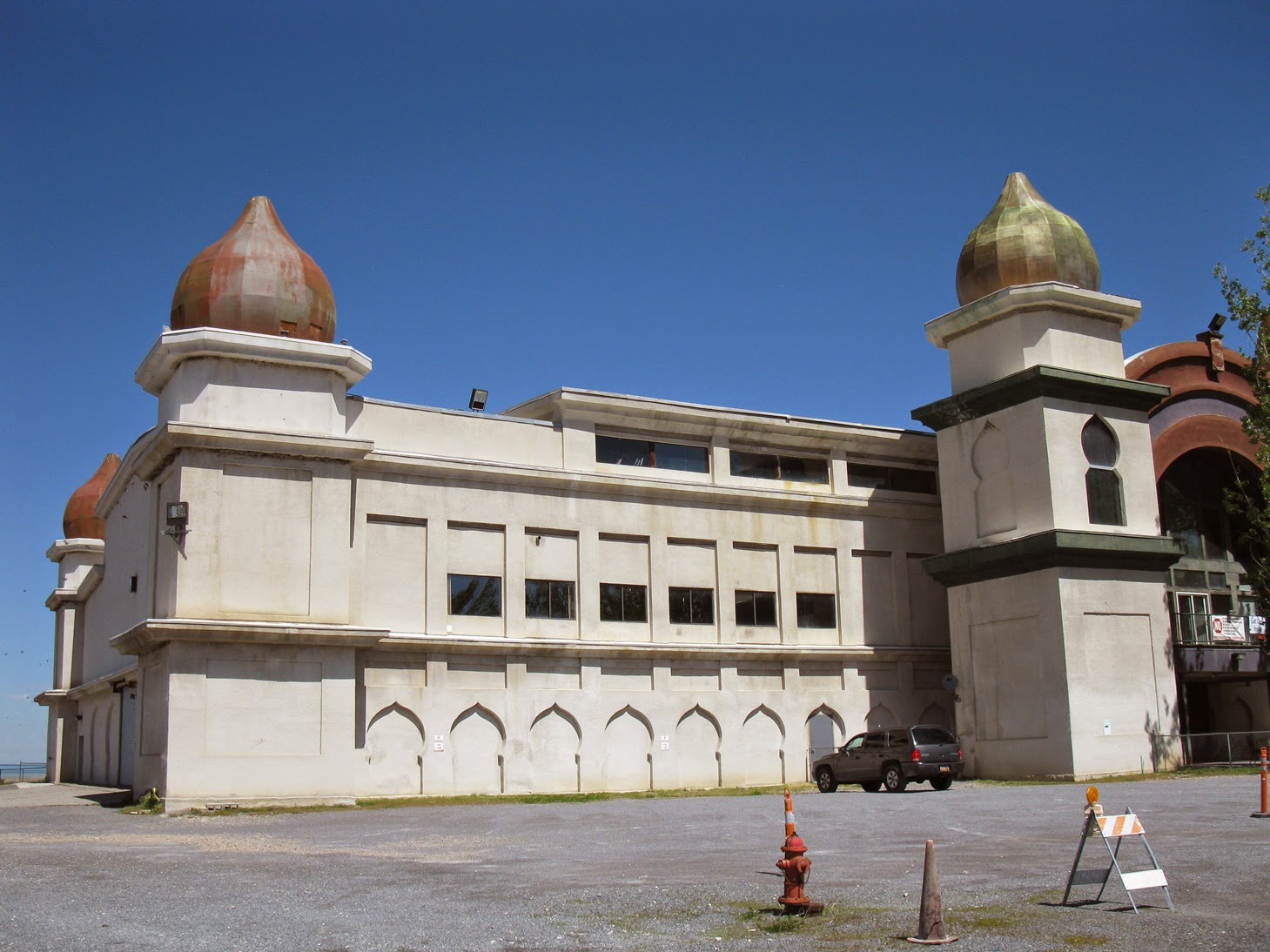 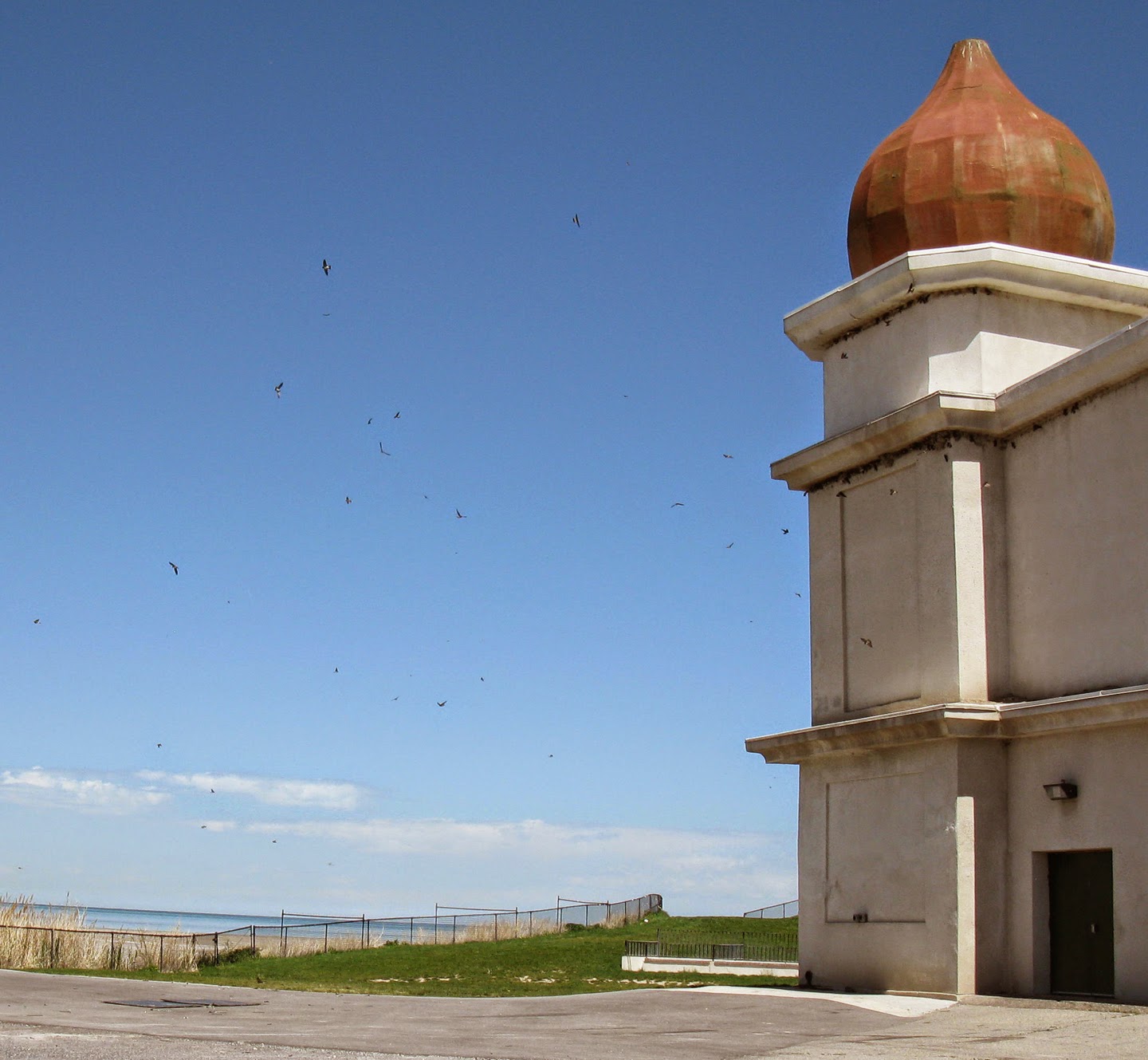 There are tons of little black birds who nest in the pavillion and swoop down within an inch of your life. 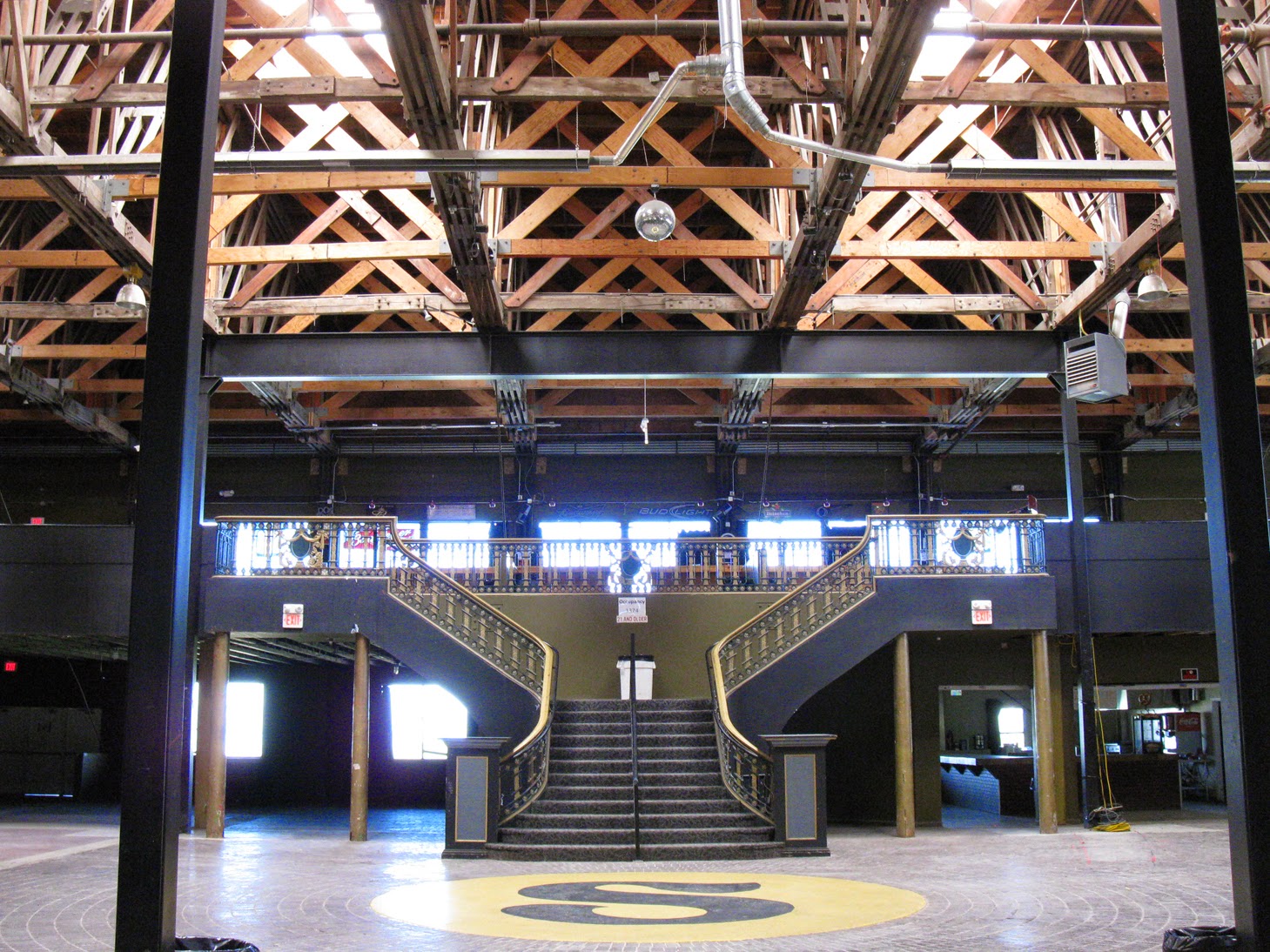 The interior. Bob Dylan played here. Is there anywhere he won't play? 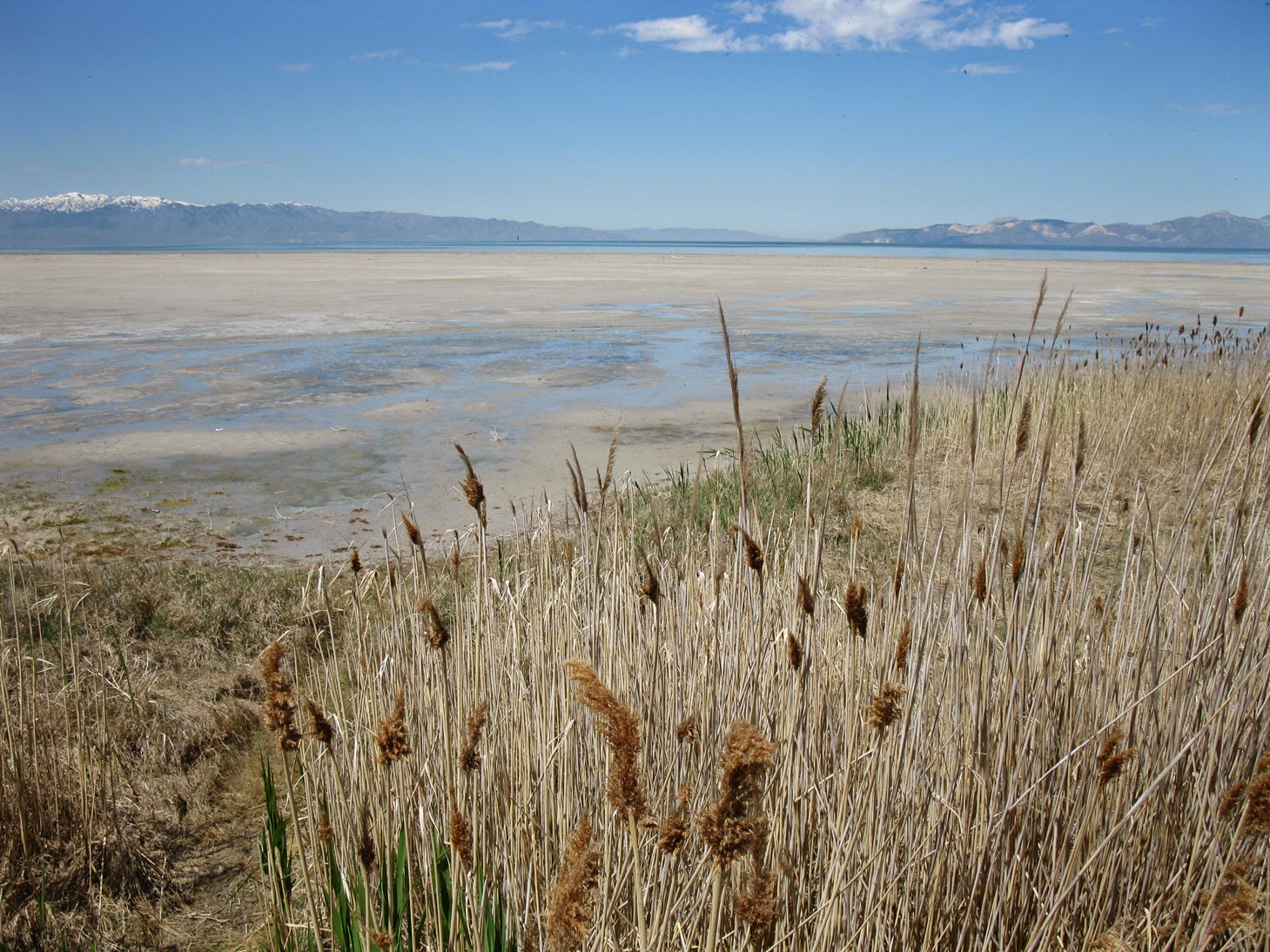 The Great Salt Lake, right nearby. No swimming, though. 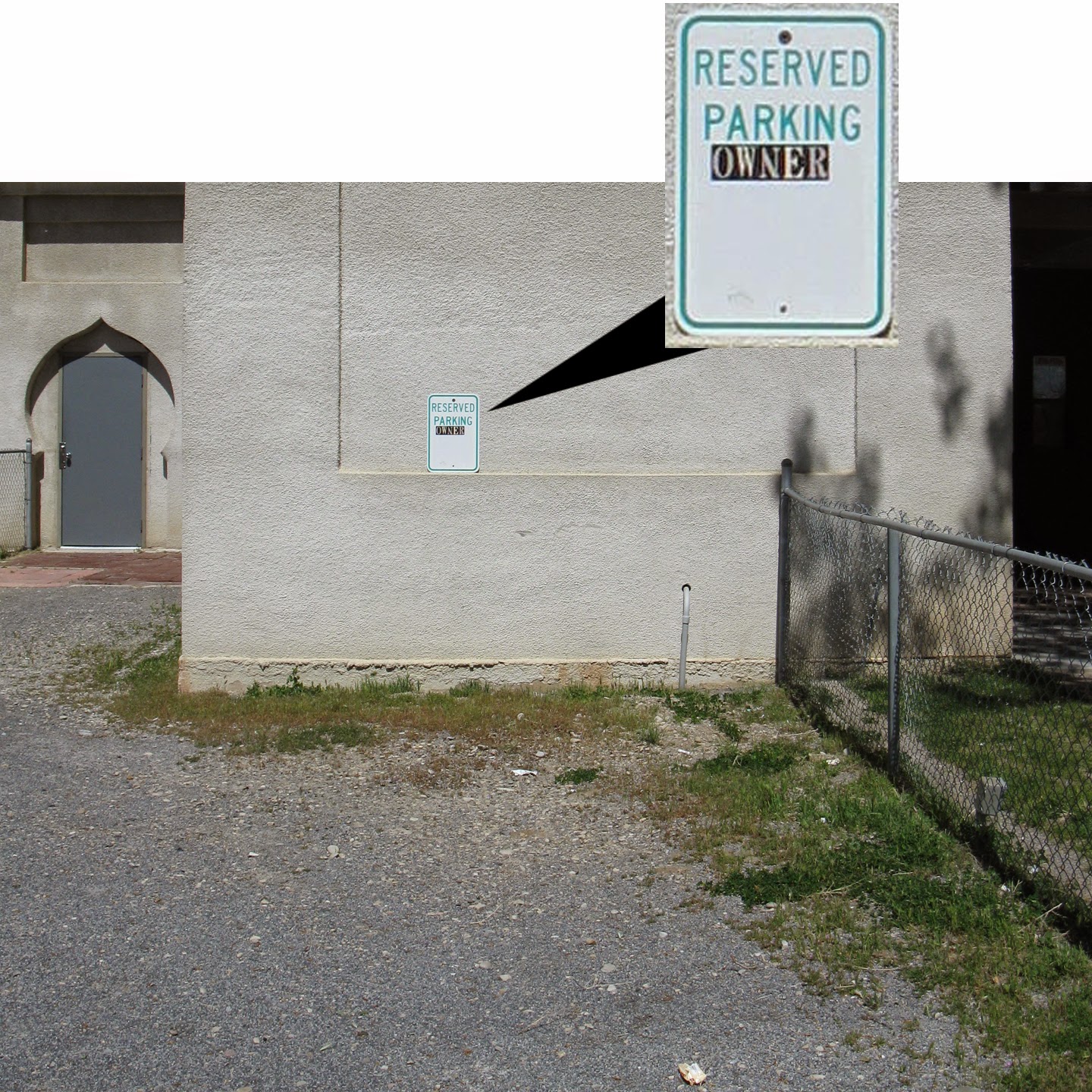 You'd think the owner of this magnificent structure would have a more prestigious parking space.

We love middle-of-nowhere places and there's a real doozy off lonesome Interstate 80 in north-central Utah. Just a mere 16 miles west of Salt Lake City sits an eerie structure with a doomed past called the Saltair. Back in the late 1800s, a giant, Moorish, onion-domed pleasure palace was built on the shores of the Great Salt Lake as a "Coney Island of the West" where the mostly Mormon population could have some good, clean, turn-of the-century fun. It was quite successful until the pavilion and other buildings were destroyed by fire in 1925. The structures were rebuilt but bad luck followed by a more devastating fire in 1931. The lake also receded, making it much more difficult for guests to go swimming, one of the main attractions. They closed during World War II and when they reopened after the war, competition made it difficult to attract customers way out to their remote location, and they finally shut down for good in 1958. Attempts were made to revitalize Saltair over the next decade, but were put to an end by an arson fire that destroyed the place once and for all in 1970. But like the owner of Swamp Castle in "Monty Python and the Holy Grail," they weren't ready to give up and a Saltair Pavilion III was constructed out of a decommissioned Air Force hangar dragged near their old location in 1981. Almost immediately bad luck again ensued when the lake flooded the structure, then receded much too far away. The location was eventually used as a concert venue but by the late 1990s had run out of gas. Still Python-esque, it wasn't dead yet, though, because a group of music investors bought the place in 2005 and have been hosting the likes of Bob Dylan, the Dave Matthews Band, Rob Zombie and Keisha since. Their upcoming lineup of shows seems to be a little less stellar, but if you've been hankering to catch Tech N9ne's Band of Psychos tour, you're in luck: they're playing Saltair on November 2.

Posted by Gunnar and Sherry at 7:40 PM