No can do: The late, great world's tallest used oil can stack of Casselton, North Dakota 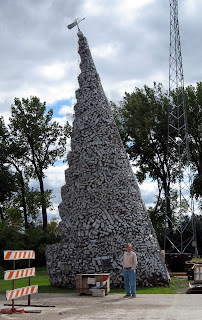 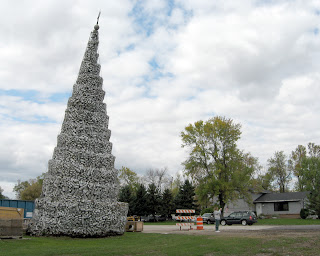 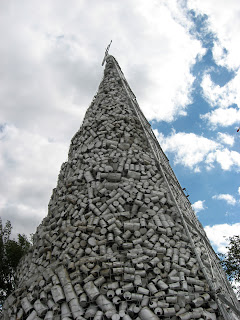 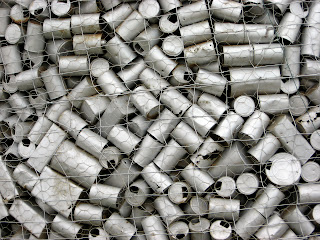 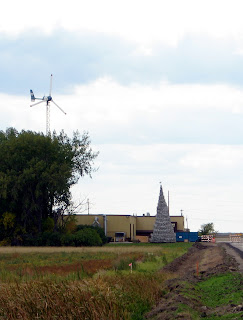 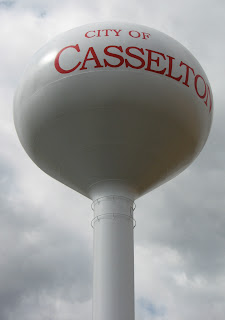 I can't say enough good things about roadsideamerica.com, the ultimate guide to eccentric roadside attractions. Most of the kooky places we've been to have been a result of researching what's on their website, and they get the credit for guiding us to one of the all-time greats: the world's biggest stack of used oil cans in Casselton, North Dakota. The Casselton Can Pile, as the locals called it, dated all the way back to 1933, when the owner of a Sinclair gas station began heaping his old oil cans in a pile that grew and grew and eventually became a tourist attraction (which by 1933 standards must have seemed like a regular Disney World). There doesn't seem to be an official measurement recorded: height was in the 25-50 foot range, width at 15-18 feet. It was an easy exit off Interstate 94 and excitement built in 2006 as we spotted the pile in the distance, like a tilting Christmas tree or something out of Dr. Seuss. The Sinclair station was long gone and the pile was sitting on the property of the Loegring Company. The reason I'm reporting this all in the past tense is, once again according to roadsideamerica.com, the can pile is no more. In 2012, the property's new owner didn't want it and the town didn't want to spend the money to move it, so can by can it was disassembled by someone who reportedly wants to try to reassemble it in Minnesota (land of 10,000 lakes and oil cans, apparently). We're so glad we had the chance to see this roadside marvel and carpe'd the diem back in '06. Ahbahdee, ahbahdee, that's oil folks!
Posted by Gunnar and Sherry at 11:05 AM

I have a postcard with an old picture of The Can Pile:
http://postcardy.blogspot.com/2013/04/the-can-pile.html

That's cool, Postcardy! Wish I could have seen it back then.

Thank you for sharing :)