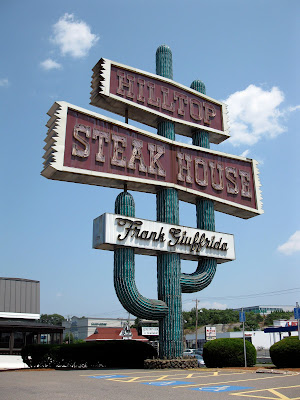 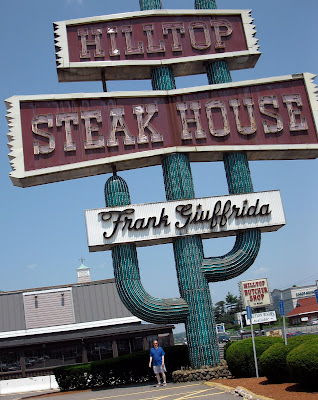 This gives you an idea of the scale of this neon masterpiece (Hitchcockian camera angle thrown in at no extra charge). 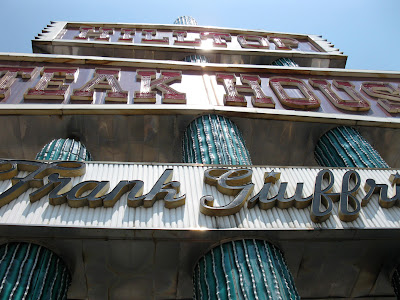 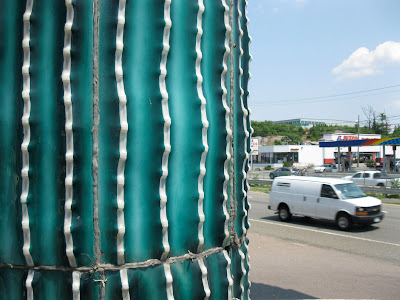 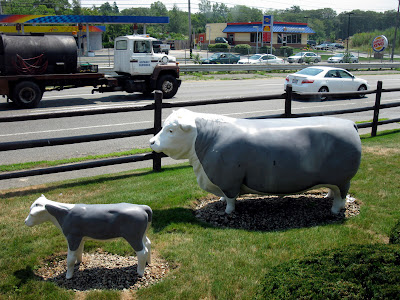 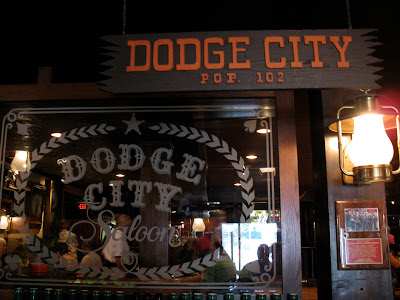 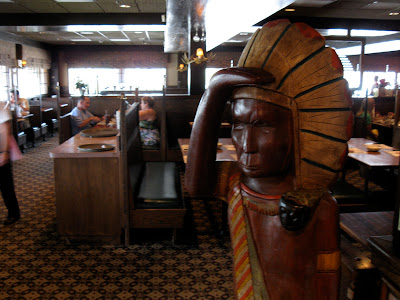 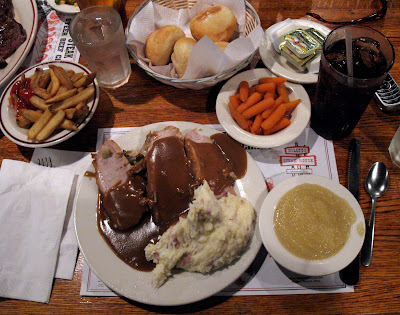 This is the pork roast luncheon special for $9.99. I kid you not. 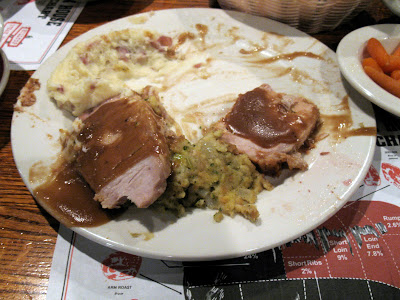 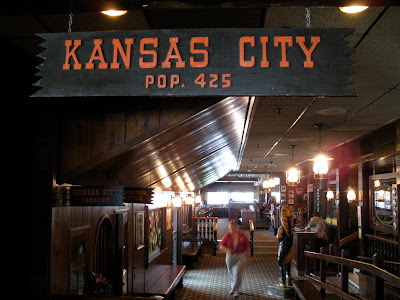 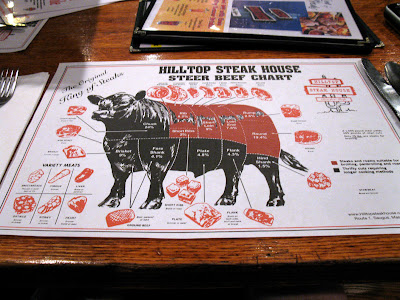 This helpful placemat lets you know just what part of the steer you're eating... 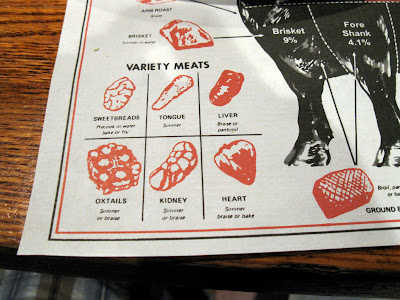 ...but there is such a thing as too much information.

Saugus, Massachusetts, thirteen miles northeast of Boston, has a stretch of Route 1 that whizzes by at about a million miles an hour. Folks in this area have places to go, people to see, things to do, and the biggest thing to do along here for the past 49 years has been the Hilltop Steak House. In 1961, restaurateur Frank Giuffrida wanted all of Massachusetts to know he was opening a western-themed steak house, so he erected a 50-foot neon cactus in the style of old Freemont Street Las Vegas to beckon all carnivores near and far, along with a restaurant building resembling a corral and life-size plastic cows grazing in front. The place became a sure-fire bonanza, serving three million customers annually in their enormous dining rooms named Kansas City, Dodge City and Carson City. Customers stampeded for the huge portions at low prices and a wait of an hour or more was not uncommon, with a regionally accented lady announcing over the loudspeaker "numba 44 for Dawge City" to get you to your table. Our old friend Gary took us to the Hilltop back in the 80s we and got the full experience: the crowds, the lady, the western motif, the meat. So we were wondering what the place would be like all these years later. Happily, it's still there and looks exactly the same (and I do mean exactly). We were there at lunchtime on a Saturday and there were no crowds at all, so no "Cahson City" pronouncements by the loudspeaker lady. The portions were still artery-cloggingly enormous and at low, low prices. And best of all, Massachusetts' most famous 5-story cactus is still alive and well.
Recent posts by diners on sites like tripadvisor are very mixed. Steak connoisseurs bust their chops over the food and service, and nostalgic locals say the Hilltop has gone down hill in the last 20 years. Personally, we thought our food was great (with enough left over for many more meals), but the food isn't the main reason for going here. It's a time warp, a reminder of a bygone era when eating a ton of meat and starch meant you were living the good life and your place mat showed you what part of the cow you were eating. So we've loined our lesson, Hilltop: what goes round comes round. You didn't steer us wrong. Shanks for the memories for a job well done.
Posted by Gunnar and Sherry at 5:33 PM

Great post. I feel full just looking at the pictures!

I will recommend that steak house to everyone. Their foods are so delicious especially their specialty. Their steaks are one of a kind. You will never taste anything like that in other restaurant.

What a great old sign. And the place looks amazing. It's such a shame they don't make restaurants like that anymore. There's a steakhouse in Panama City, FL called: Angelo's and this one reminds me of the one in FL. Great photos too.

Wow! I am full already looking at all that chow! Now you have to go back and take a picture of that sign at night!

The frickin cactus is AMAZING. You have to go back for a night shot.

Nice writing, too, my friend. I did feel like burping after I read it. (And that's a compliment ;-)

I live north of Boston and have been to Hilltop a couple of times. On a strip lined with big signs, Frank Giuffrida's cactus stands tall!! I hear that somebody stole the big cows out front a few years back, but I believe "the doggies" came home eventually.

This is definitely a local landmark.

Hilltop has closed, miss the Steak, Auctioned off contents of restaurant and the cows have been sold off to different people and places..Town voted to keep the cactus sign standing...