It's the end of the world as we know it: Sahuarita, Arizona's Titan Missile Museum 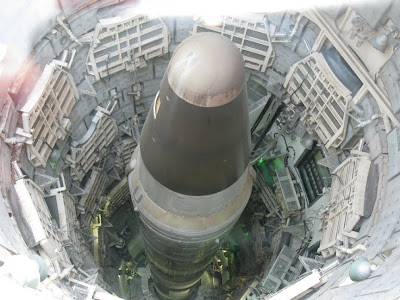 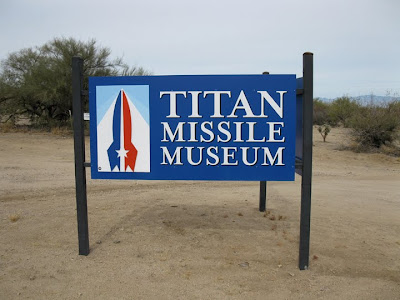 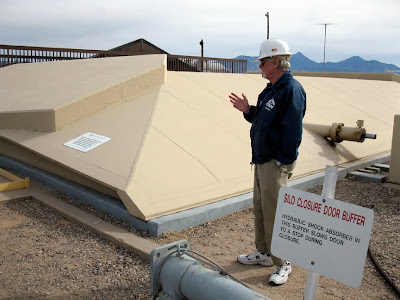 Our tour guide Jim shows us the above-ground silo closure door buffer that would have slid open during a nuclear missile blast. Yikes! 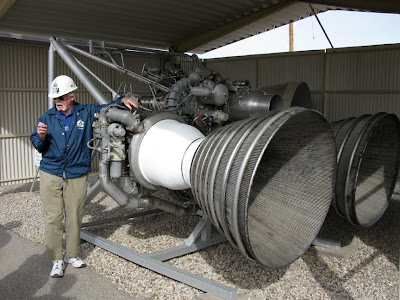 These babies would look great on our Subaru Forester. 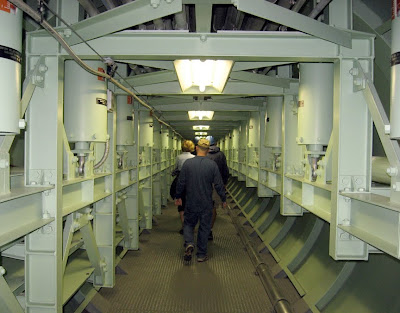 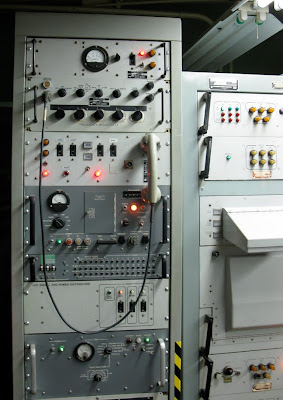 This nice lady just blew the Ruskies to kingdom come. 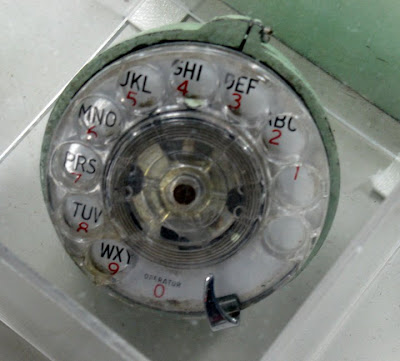 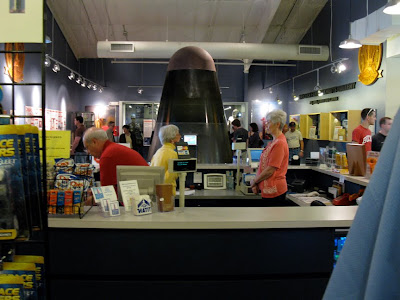 No gift shop should be without a model of a life-size nuclear warhead-carrying missile, I always say. 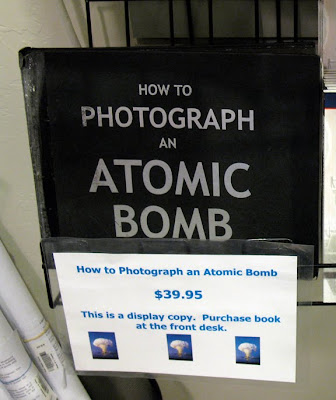 On my Christmas wish list, for sure.
It's not often you get to stare World War III in the face, but a small town south of Tucson, Arizona offers just such a golden opportunity. The Titan Missile Museum is the only publicly accessible former ICBM site in our great nation. The Titan II, you'll recall, was the rocket ship loaded with a nuclear warhead that was aimed and ready to annihilate our Soviet then-enemies back in the sixties, seventies and early eighties. Sahuarita, Arizona was one of three American sites, along with Little Rock, Arkansas and Wichita, Kansas that hosted these underground doomsday machines. The potential of mutual destruction, and a healthy dose of Fail Safe-esque fear, kept the jittery peace in those chilly Cold War days. At the museum, you get a nice one-hour tour that shows the above-ground launch-duct area and the really, really thick steel doors that would have rolled open during a missile activation. You then descend 35 feet to the underground missile complex area and are treated to a simulated Titan blast where one lucky guest gets to push the make-believe missile launch button. The whole place has a distinctly retro 1960s feel, even though it wasn't decommissioned until 1982. Rotary phones and Dennison tape gun labels are de rigeur and the cast of Dr. Strangelove would not seem out of place here. The gift shop has many fine keepsakes including photos of exploding atom bombs that would look lovely in any modern bomb shelter. By the way, they don't have any nuclear warheads here, just the decommissioned missile. It's still pretty chilling, though, and you don't have to be a rocket scientist to see that that whole Cold War thingy was no joke.
Posted by Gunnar and Sherry at 7:36 PM

Wow - I really hope that "how to photograph an atomic bomb" isn't the must read book of the year.

Actually, I DID stare World War III in the face. I was 14 years old during the Cuban Missile Crisis in Octover, 1962. And everyone I knew was scared as hell. Including me.

There is another one of these former missile sites in North Dakota that's a unit of the National Park system.

"How to photograph an atomic bomb". I am glad that such activity is encouraged, rather then suggesting you use of of those cheesie carboard things that "they" want you to use when viewing a solar eclipse.... Must be a short book, though..