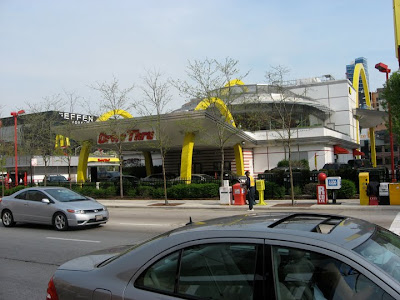 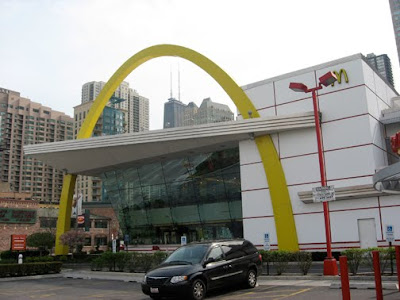 Two stories, two lanes of drive-through, too too much! 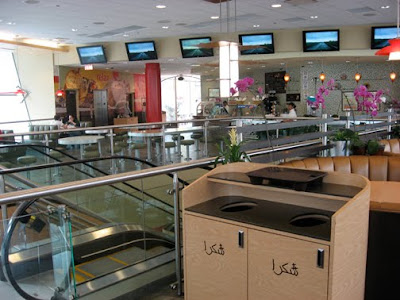 It looks more like an airport than a McDonald's. 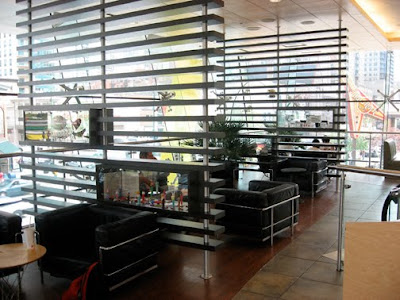 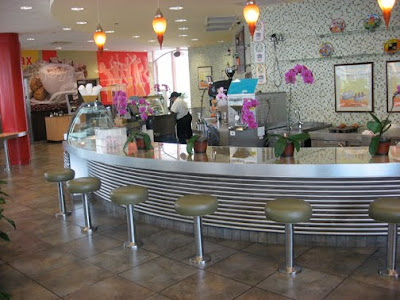 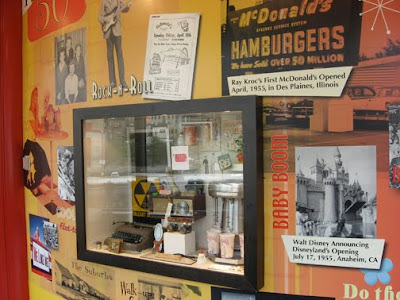 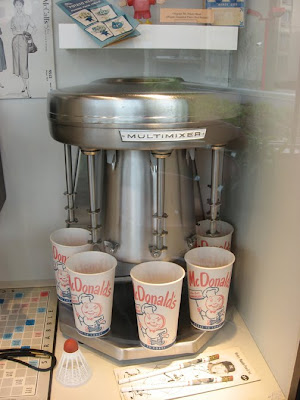 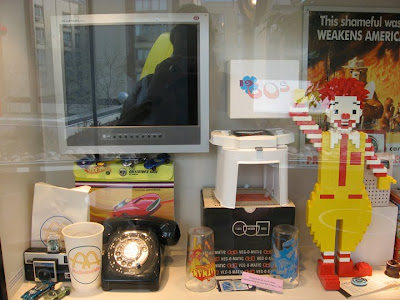 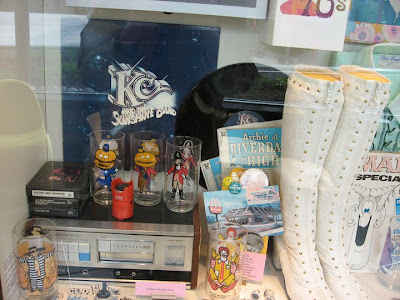 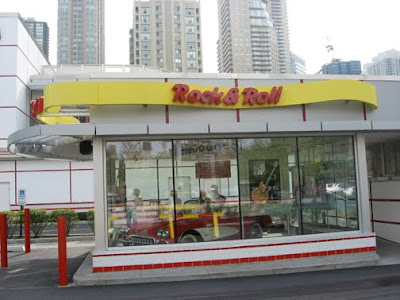 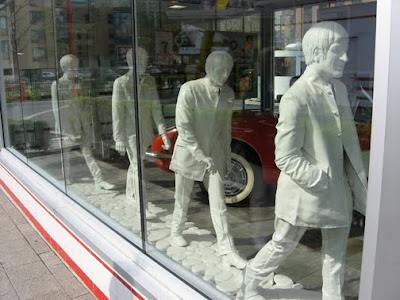 Chicago, Illinois hosts one of the largest and most unusual McDonald's in the world. On the block bounded by West Ontario, West Ohio, North LaSalle and North Clark sits a behemoth tribute to American fast food culture. More than just a McNugget dispensery, it's a bi-level combination restaurant/museum three times the size of the average Mickey Dees, with a two-lane drive through and seating for 300. The decor is chic with plasma screen TVs and Italian lighting, and lattes, gelato and biscotti are served in the coffee bar upstairs. Outside, two 60-foot arches beckon you to take a break today. Pop culture artifacts going back to McDonald's early years are displayed upstairs and an adjacent building in the parking lot houses tributes to Elvis, the Beatles and other rock and roll luminaries. Chicago's Hard Rock Cafe is in the same neighborhood and may be why this particular theme was chosen. Best of all, clean public bathrooms are available to all seekers -- quite a rarity in the middle of a huge metropolis. The original 1983 McDonald's on this block was demolished in 2005 so this incarnation could be built to coincide with the 50th anniversary of the original franchised McDonald's restaurant in nearby Des Plains, now a museum itself. And the food... well, it's exactly like every other McDonald's in the world, which, depending on your outlook, is either a good thing or a bad thing. And, yes, I'll have fries with that.
Posted by Gunnar and Sherry at 1:32 PM

This is actually the remodeled version. I remember when they were working on it...

The old Rock and Roll McDonalds was better I thought. And I used to always laugh at the old homeless guy that used to sing the Rock N Roll McDonalds theme at the train station right by it....