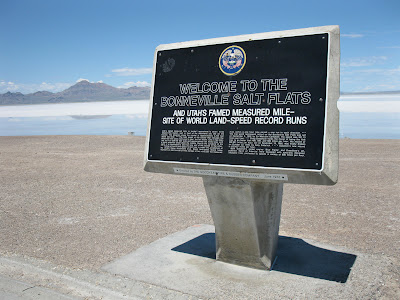 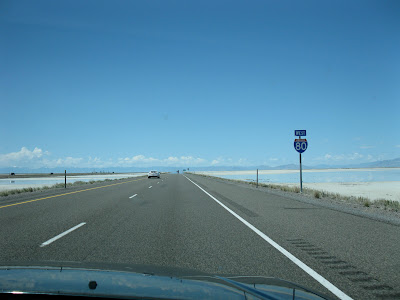 Interstate 80 takes you there. 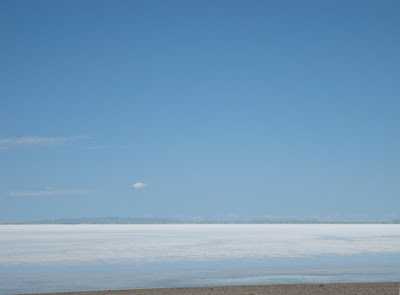 They don't call them flats for nothing. 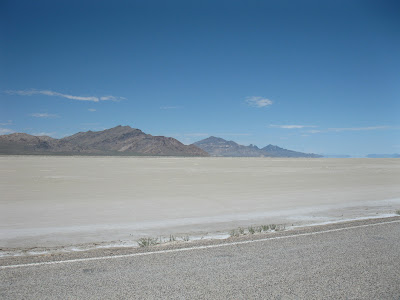 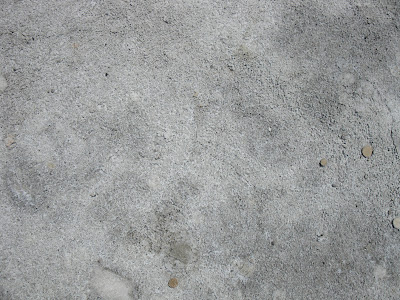 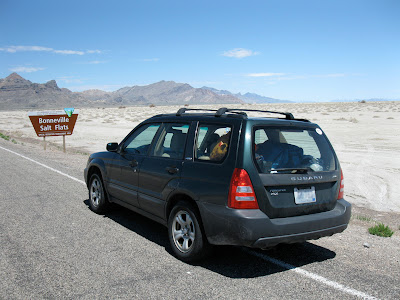 Our Subaru Forester's proudest moment: making it to the flats. 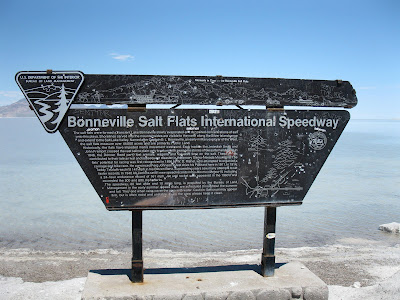 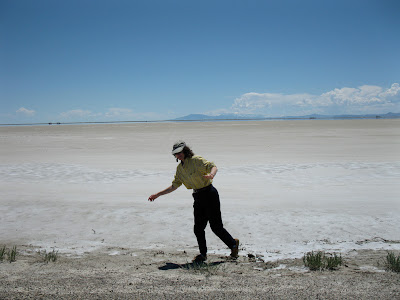 They tell you not to venture off the road... 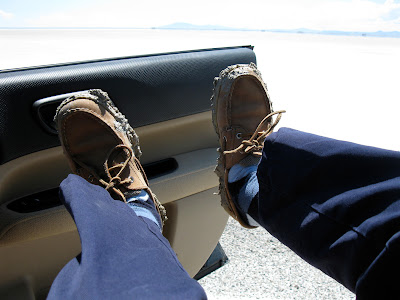 ...and for good reason. It can be pretty muddy out there in the winter and spring. 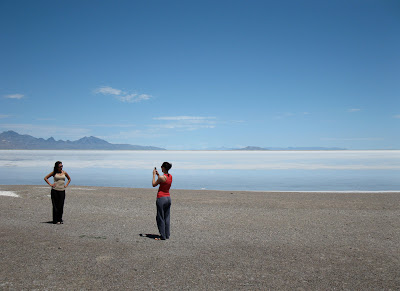 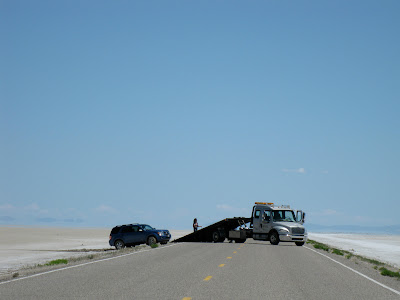 We encountered this scene on the road to the Speedway: an SUV stuck in the mud, a tow truck, a woman taking charge of the situation in the street and a sheepish-looking husband behind the wheel. Imagined dialog: Wife: "Honey, the sign says to stay on the road." Husband: "Oh, it'll be alright, trust me. Besides, I want to tell the guys back home I drove on the flats." Husband:"Uh-oh" Wife: "Sigh" 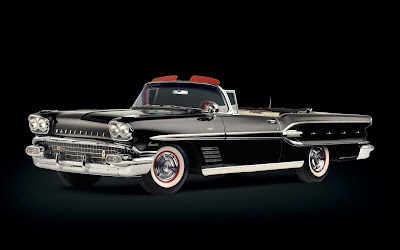 The Pontiac Bonneville is named after the Speedway, although I can't imagine this model setting any speed records. 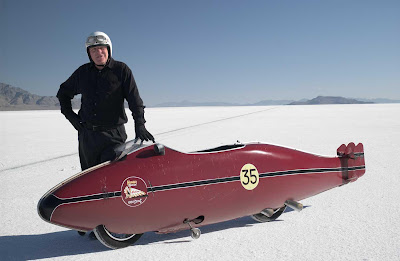 "The World's Fastest Indian" with Anthony Hopkins also takes place at the flats.
The Bonneville Salt Flats of northwestern Utah are what was left behind after an ancient lake evaporated and left huge concentrations of salt. They're named after a Captain B.L. Bonneville, an early U.S. military explorer charged with heading west. Today the salt flats measure over 44,000 acres and are mostly public land. Interstate 80, that long, long cross-country highway, runs right through them, but they are most famously known as the place where land speed records are made at the Bonneville Speedway where motorized vehicles can compete at stupid crazy speeds for as far as the eye can see when the flats are dry in the summer and fall. Several events are held during this period, the largest being SpeedWeek, run every August by the Southern California Timing Association and the Bonneville Nationals. A Mr. W.D. Rishel was the first guy to come up with the idea of using the flats as a raceway in 1896, and other notable figures include Teddy Tetzlaff and his 141 mph Blitzen Benz in 1914, and Ab Jenkins and his 24-hour-endurance-record-of-161-mph Mormon Meteor III (you heard me) in 1940. We visited in the spring when there was still water across a wide expanse of the flats, but we could definitely picture souped-up vehicles going for miles and miles across the ultra-flat lunar landscape. Maybe next year we can come back and enter our Subaru Forester in the World's Fastest Station Wagon competition. That would be flat-out awesome.
Posted by Gunnar and Sherry at 4:37 PM

Thanks for your support, Richard!