Goth to get you into my life: The American Gothic house of Eldon, Iowa 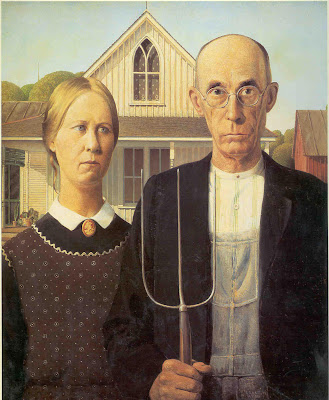 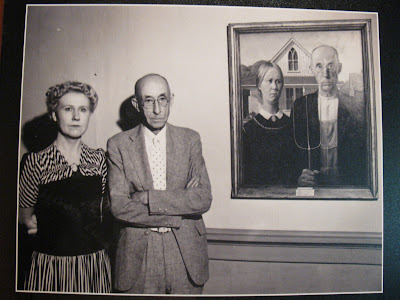 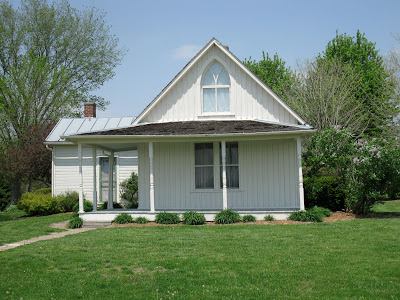 The original owners of the house were Charles and Catharine Dibble. They lived here with their eight (!) children. The Gideon and Mary Hart Jones family owned it when Wood saw it. He asked and got their permission to paint it. The house fell into disrepair in the 1960s and was placed on the National Register of Historic Places in 1974. 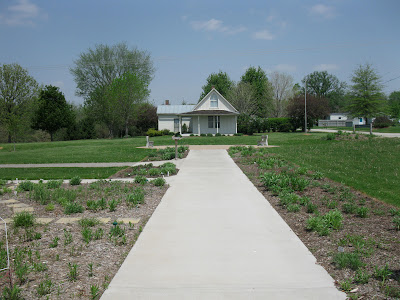 They've done a nice job of landscaping around the house and the Grant Wood museum... 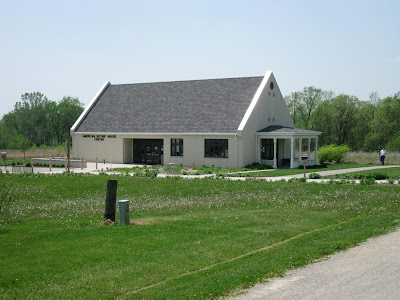 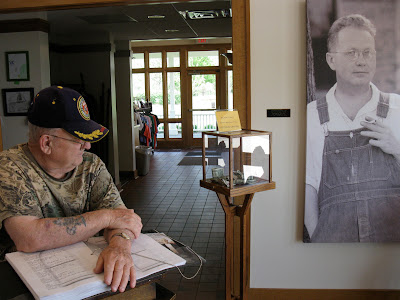 Here's Alan, one of the awesome docents we talked to, and a portrait of Wood... 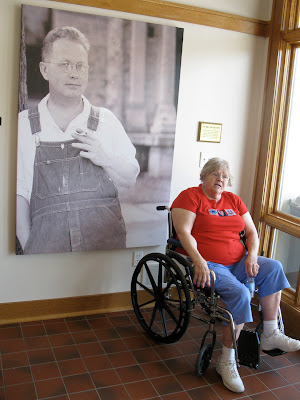 ...and his wife Rosie. We really enjoyed their friendly Midwestern hospitality. 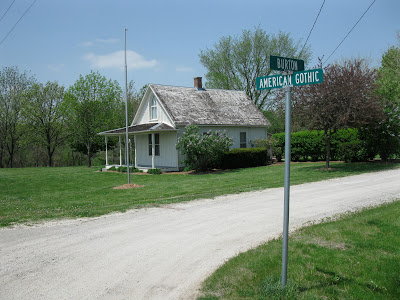 The house sits on the corner of American Gothic and Burton. 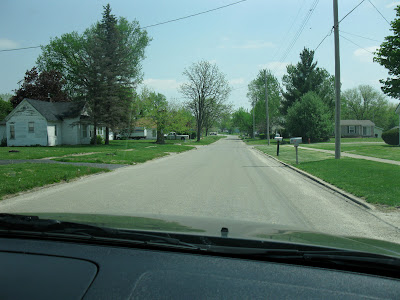 You'd never guess such a famous house would be in such an unassuming neighborhood. 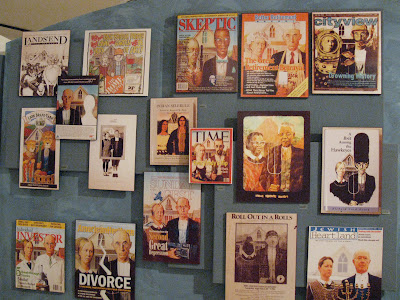 Inside the museum, there's a great wall of parodies. 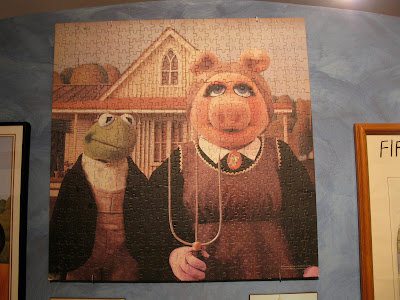 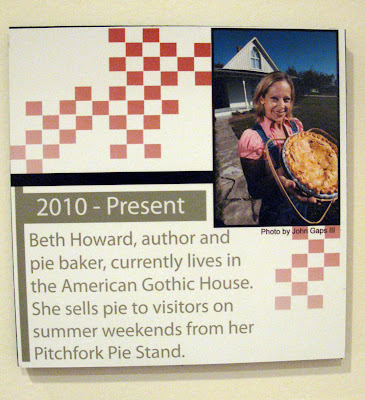 The house was left by its owner to the State Historical Society of Iowa, who lease it out to private tenants and the public isn't allowed inside. The current tenant is Beth Howard, who has a pie baking business. No kidding. 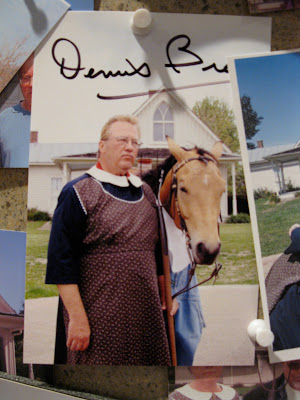 At the museum, they'll loan you costumes and take your picture. Some folks get pretty creative... 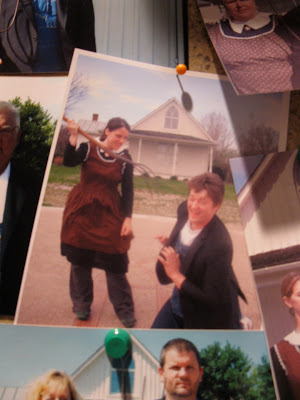 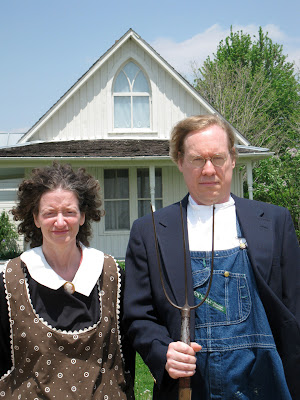 We're purists and opted for the dour-faced traditional approach. It was 97 degrees, windy, and humid.

There are only a few paintings that are so well known, they're part of popular culture. Leonardo Da Vinci's "The Mona Lisa" is one, Edvard Munch's "The Scream", another. And, of course, there's "American Gothic" by Grant Wood. In 1930, Wood noticed a simple house built in Carpenter Gothic style in his home state of Iowa and decided to use it as the backdrop of a Midwestern American scene with "the kind of people I fancied should live in that house": an elderly farmer and his daughter. The model for the farmer was his Cedar Rapids dentist, Dr. Byron McKeeby, and for the daughter he used his sister Nan. All three elements -- the farmer, the daughter and the house -- were painted separately and no one posed in front of the house. Wood entered the painting in an Art Institute of Chicago competition and the judges gave it a bronze medal and $300. The Institute also bought the painting and it remains in their collection today (not bad: 300 clams for a priceless work of art). At first, some local Iowans thought the painting was disrespectful and made fun of their way of life. This could not have been further from Wood's intentions, as he had great reverence for the local people and gave up a European painter's life to locate in Iowa as a working artist. Eventually the painting was seen with affection by both Iowans and critics, and hundreds of parodies have resulted (that's how you know you've really made it). The house is now owned by the state of Iowa and sits in an unassuming, quiet neighborhood in the small town of Eldon. They've put up a very nice Grant Wood museum next to it and when we were there, two terrific docents, Alan and Rosie, told us all about Wood and the area. Best of all, they have a whole closet full of bib overalls, blazers, colonial print aprons, white-collared dresses and a pitchfork or two so you can get your picture taken, free of charge mind you, in front of the house. We loved visiting this place so much...you don't get more Americana than this. Goth bless America.

Posted by Gunnar and Sherry at 3:34 PM

One of your best! Love your recreation shot :)

thank you for your article it is well done and we are so proud of our house, visitor center ,volunters and all the visitors that come to see us. the Mayor of Eldon

Wendy: Thanks!
Bill: I don't they even had a radio!
Shirley: Thanks for stopping by. We loved Eldon!