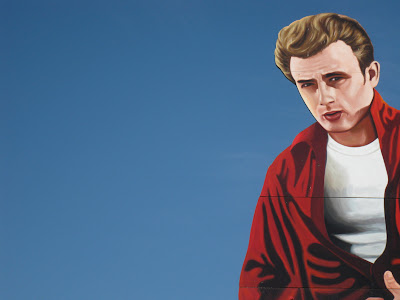 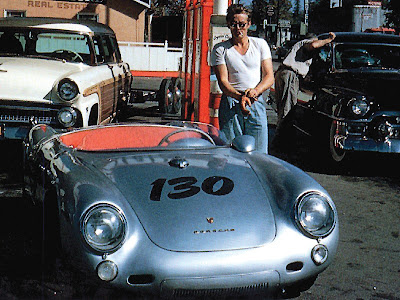 Here's Jimmy and his Porsche on the same day he died in 1955. 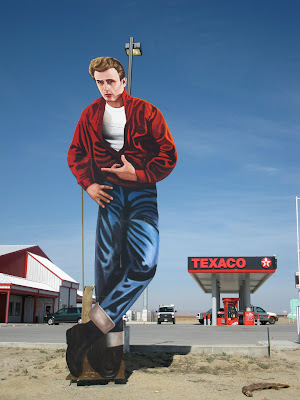 Jimmy stopped for gas at this location, Blackwells Corner at Routes 46 and 33 in Lost Hills, California, just before his crash. 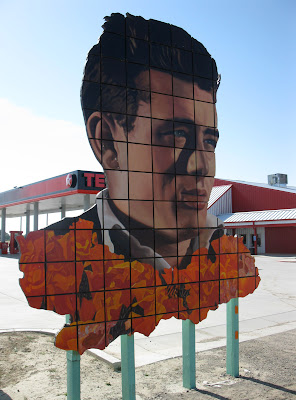 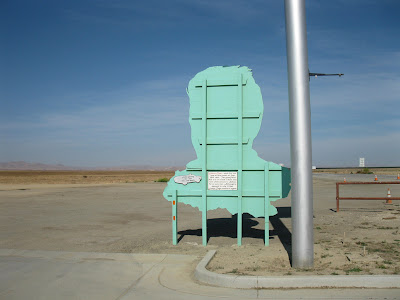 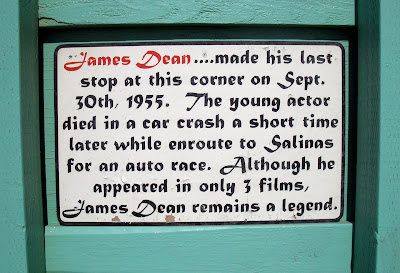 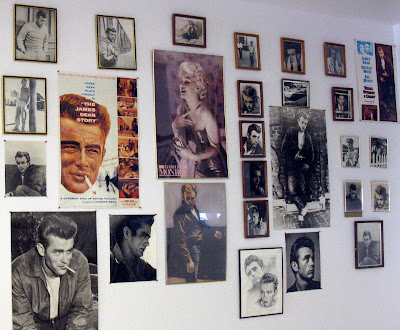 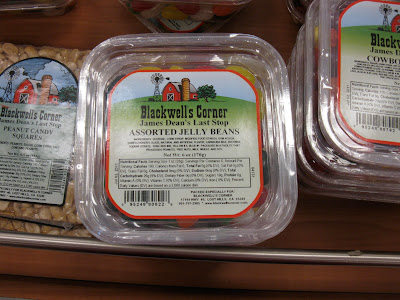 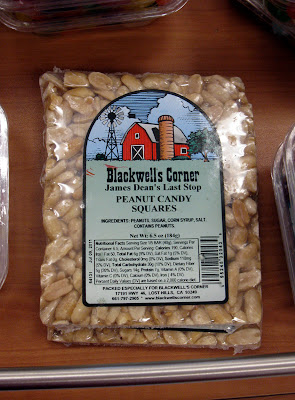 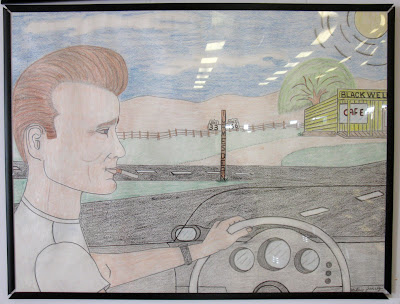 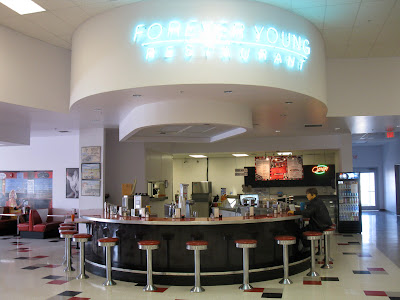 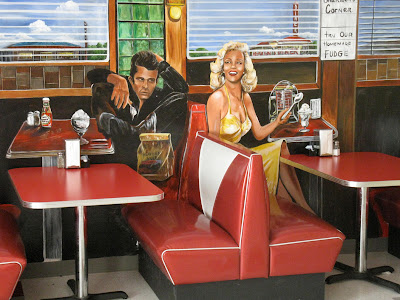 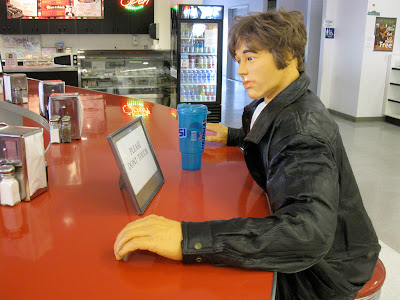 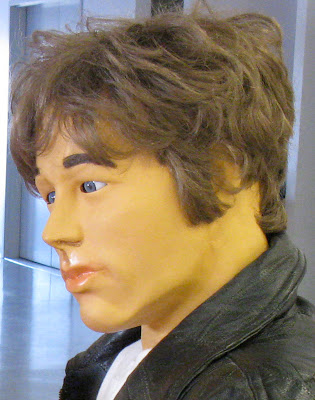 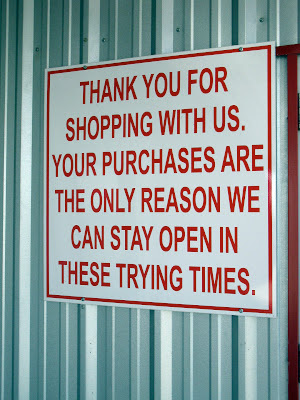 On September 30, 1955, James Dean was driving with his mechanic west on Southern California's Route 466 (today called State Route 46) in his silver Porsche 550 Spyder, nicknamed "Little Bastard," to compete in a race in Salinas, California, when a 1950 Ford coupe coming the other direction crossed in front of his path and the two cars collided head-on. The driver of the other car, a 23-year old student named Donald Turnipseed, and Dean's passenger Rulf Wutherich, both survived, but Dean, only 24, was killed and his mystique as a tragic youthful Hollywood icon began. "Rebel Without A Cause," featuring his signature teen angst role, hadn't been released yet nor had "Giant," his final film. Today, the lonely intersection of Routes 41 and 46 has been designated the James Dean Memorial Junction, and in the town of Lost Hills, 25 miles from the crash site, sits Blackwells Corner, where Dean stopped to fill up his tank at a gas station just before he died. There's still a station there, at the intersection of Routes 46 and 33, and they make the most of their moment of infamy. In addition to gas, you'll find nuts, taffy and gifts at the East of Eden Fudge Factory, and if you're in the mood for some '50s-style grub, there's the Forever Young Restaurant. Even though there's been a rest stop here since 1921, the whole place looks brand new and brightly lit. You get the feeling times have been a little tough around here, though...big signs thank you for your patronage with a plea that "your purchases are the only reason we can stay open in these trying times." We were no pikers and stocked up on lots of delicious nuts and souvenirs.

While Jimmy's "You're tearing me apart!" from "Rebel" is the line of his I like the most, there's another one of his quotes that seems apt here: "Dream as if you'll live forever. Live as if you'll die today."
Posted by Gunnar and Sherry at 3:16 PM