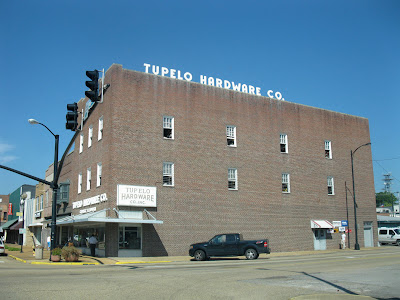 The exterior of Tupelo Hardware looks much the way it did when Elvis and his Mama walked in one day in 1945... 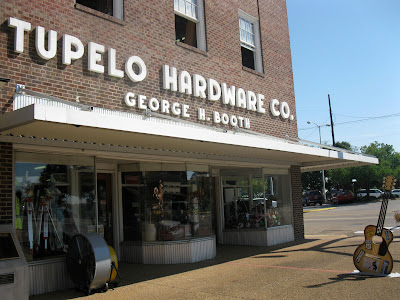 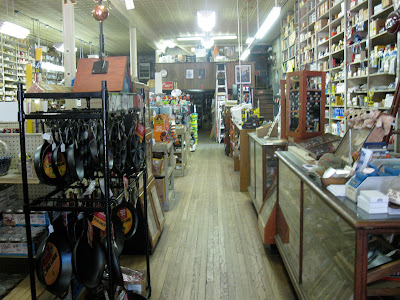 ...as does the interior. 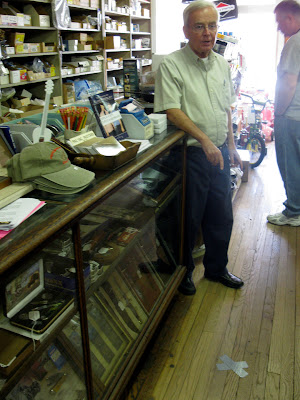 The truly wonderful Howard points to the very spot where Elvis and Gladys stood... 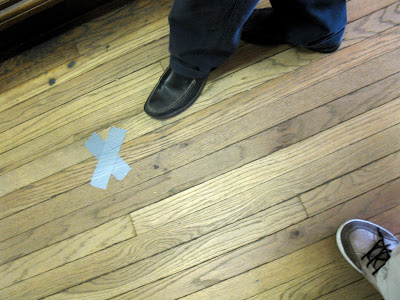 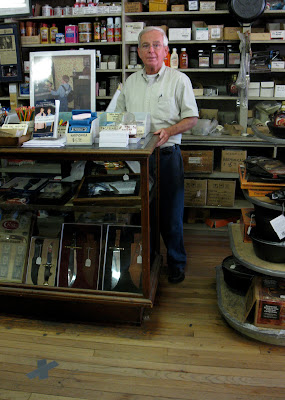 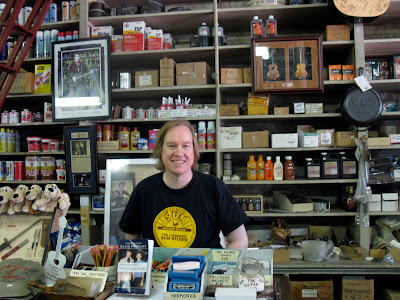 ...and apparently they'll let any joker wearing a Sun Records T-shirt stand behind there, too. 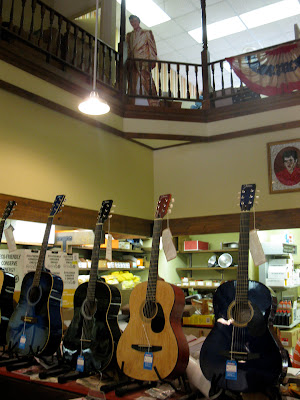 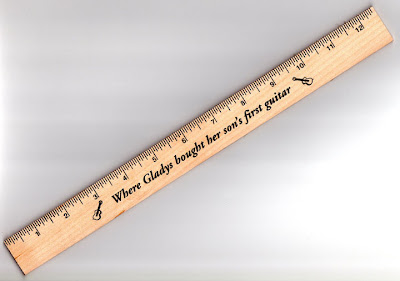 ...but they don't use the name Elvis on the souvenirs.
No visit to Tupelo, Mississippi is complete without a stop at Tupelo Hardware, a time-warp of hardware store that's been in business since 1926. With its wood floors and shelves crammed with all kinds of bric-a-brac, it has the look and feel of an old, cool, unchanged place, but an event from its past puts it in the stratosphere of must-see eccentric roadside attractions. In 1945, a 10 year-old and his mother came into the store to pick out a birthday present for the boy. That boy was Elvis Presley, who lived with his family in Tupelo. Elvis had saved up some money and had his heart set on a .22 bolt action rifle in the store. The clerk, a Mr. Forrest Bobo, let him hold and play with the unloaded rifle, but both he and his mother said he was too young to own such a dangerous firearm. This disappointed Elvis terribly and he cried. To make him feel better, Mr. Bobo suggested a guitar, which the store had in stock. Initially unenthused, he accepted it because he knew it was the guitar or no gift at all. He didn't have enough money for the guitar, though. His mother, Gladys, told him if he would agree to the guitar instead of the rifle, she would make up the difference in price, which came to $7.75 plus 2% sales tax. Elvis accepted the deal and you know the rest.
The store is proud of its Elvis heritage and happily greets tourists, who come from all over the world, especially Japan. Howard Hite, a true southern gentleman, is the store's Elvis historian, and enthusiastically regales all interested parties in the King's Tupelo Hardware tale. There's a duct taped "X" on the floor in the very spot Elvis and Gladys stood, and the original case and counter still stand, now filled with Elvis souvenirs and memorabilia. Howard will even snap your picture where Mr. Bobo stood behind the counter on that momentous day. And its not just tourists who flock to the store. A framed newspaper article behind the counter attests to the fact that Aerosmith's Joe Perry came to the store when the band was playing in the area and purchased one of the store's acoustic guitars which it still keeps in stock.

One thing about the store's souvenirs that's interesting: nowhere do they use the name Elvis, apparently because the Presley estate charges a lot of money for that privilege. They skirt this legal issue by emblazing "Where Gladys bought her son's first guitar" on the nicknacks.

Here's a nice video done by tobykeithlvrdeanzlvr's channel on youtube:

Posted by Gunnar and Sherry at 1:05 PM

Glad to see that the good folks at Tupelo Hardware
spared no expense when installing a permanent marker to commemorate this significant moment in music history. Many places would have opted for regular masking tape, or, to be fancy, maybe electrical tape. No, Tupelo sprang for the high grad duct tape. Really spiffy.