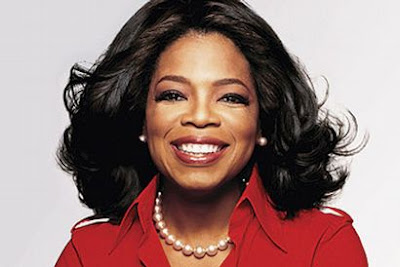 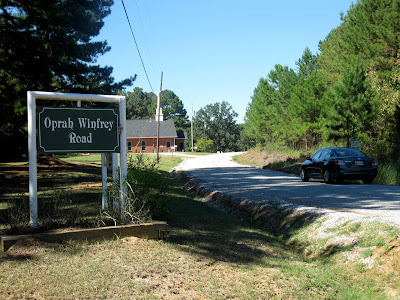 This is Oprah Winfrey Road, County Road 2207 in Kosciusko, Mississippi... 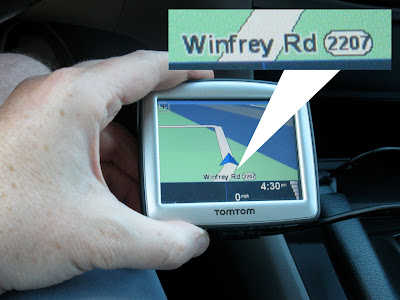 ...and here's satellite proof, if you don't believe me. 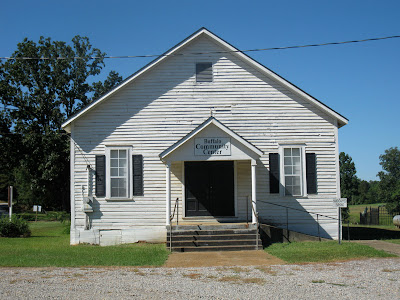 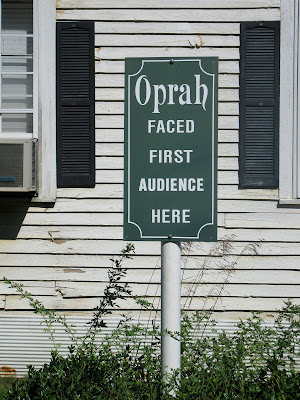 ...where they're proud to let you know she first worked the room. 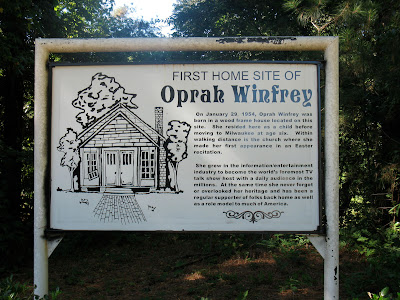 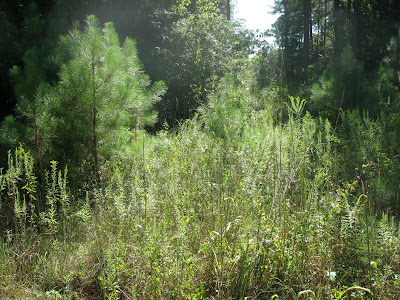 Her house til age six was on this empty lot. Don't know what happened to the place... 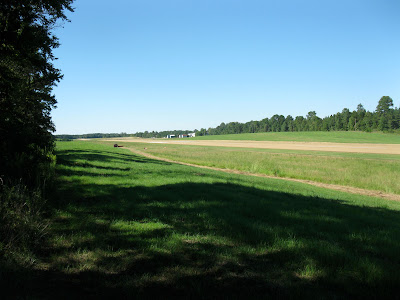 ...but there seems to be an air landing field right behind it. 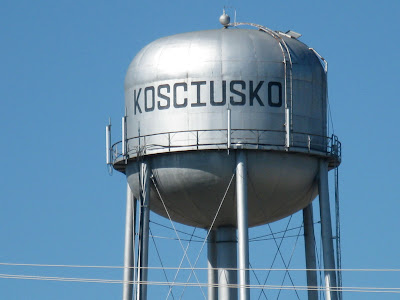 About 7,300 people live in Kosciusko today. 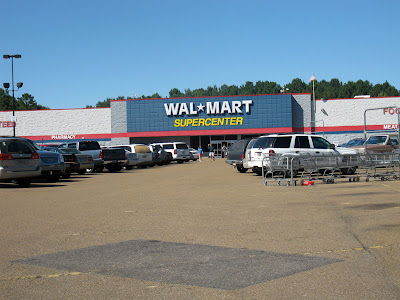 They've got a Wal-Mart. If they had a CostCo it would be the Kosciusko CostCo, and that would be funny.
There are success stories, and then there is Oprah Winfrey. From the most humblest of beginnings, she rose to become more powerful than practically anyone, and for good reason. She's a nice person who overcame poverty, abuse and hardship, worked really hard and used her success to better herself and lots and lots of other people. Born of poor teenage parents, she lived until the age of six with her grandmother Hattie Mae in the small Mississippi farm town of Kosciusko, along the Natchez Trace Parkway, about 70 miles northeast of Jackson. Her poverty was so extreme she wore dresses made of potato sacks. Hattie Mae taught her to read before the age of three and she became known as "The Preacher" at her local church because of her ability to recite Bible verses (thanks, wikipedia). The road Oprah lived on, County Road 2207, is now called Oprah Winfrey Road and markers have been put up to let everyone know about Kosciusko's most famous descendant. Her first church still stands, too, with a sign declaring "Oprah faced first audience here" and further down the road is a vacant treed lot where the Winfrey home once stood. Not much to see there now, but it gives you a sense of how far she came in her life. You go, girl.
Posted by Gunnar and Sherry at 3:23 PM

i love oprah win frey she is da bom digady.i have 2 do a black history project and my mom wants me 2 do it on oprah winfrey and my will be so glad i'm doing it on her and i'm gonna say that i'm was da only one 2 do her. yeah!