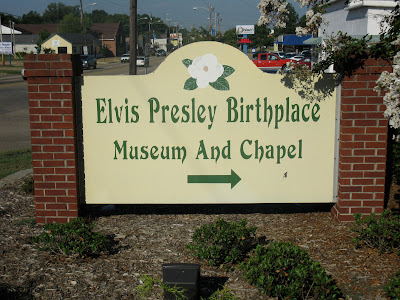 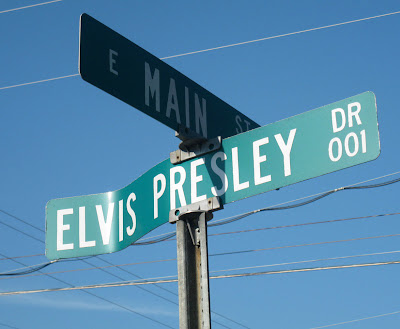 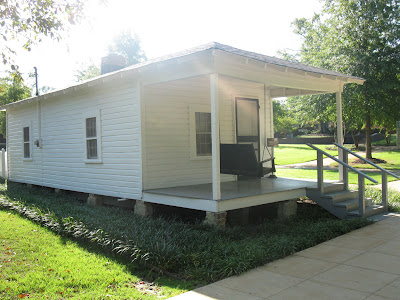 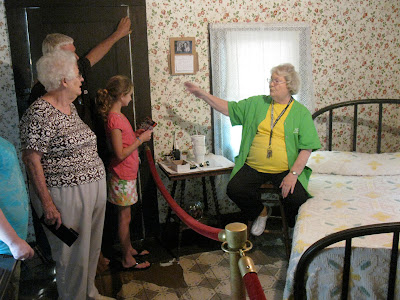 The magnificent Nina, a docent who actually knew Elvis, fills in eager tourists on all the facts. 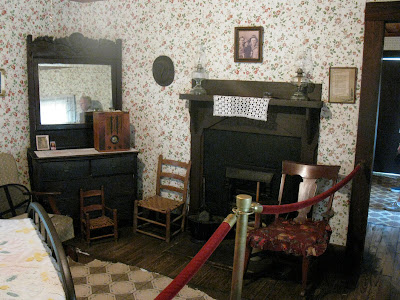 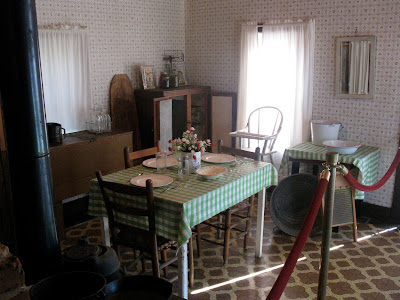 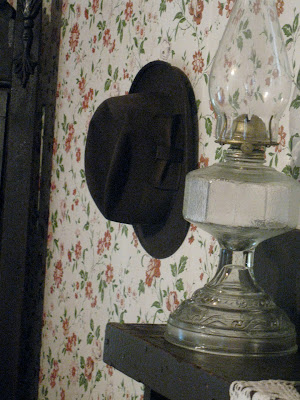 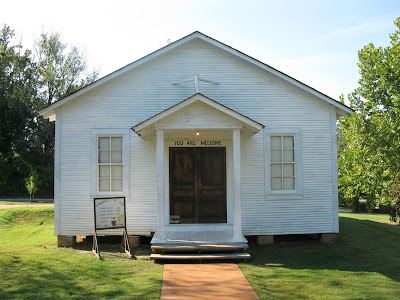 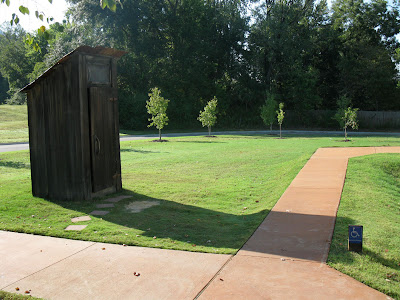 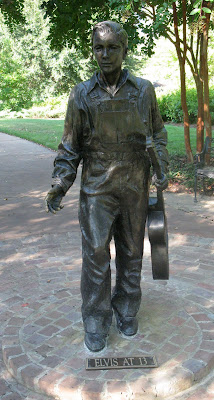 Elvis was 13 when his family moved from Tupelo... 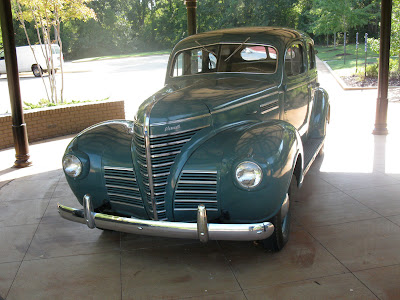 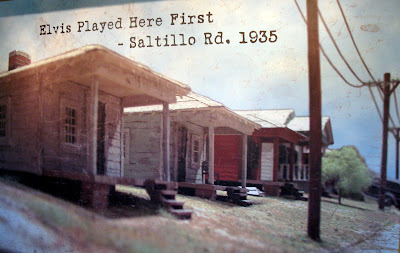 What the place looked like back in the day. 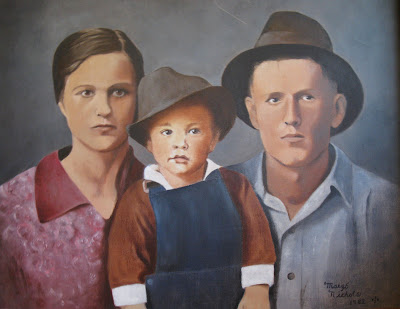 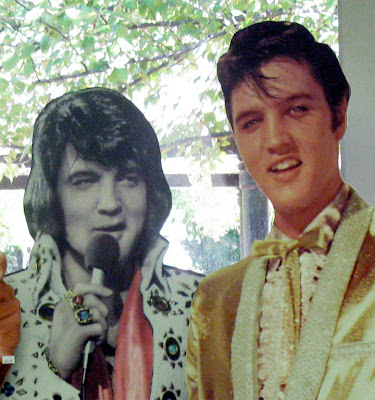 "Thanka. Thanka verra much."
You can't think of the great city of Memphis, Tennessee without thinking of Elvis Presley, but Memphis was actually the King of Rock and Roll's adopted hometown. He was born in the northeastern Mississippi town of Tupelo in 1935 and lived there until his family moved to Memphis when he was 13. Elvis' father Vernon built the family house in 1934, one of several two-room dwellings built very close together in a row. Work was difficult to find for Elvis' parents and the family had to move out of the house and in with Elvis' grandparents next door when he was two. After he became a star in the '50s, Elvis went back to Tupelo, bought his old house and left it with preservationists. The house sits today on the very spot it did when the family lived there, but, unfortunately, the neighboring houses have since been torn down. Inside are unoriginal but accurate time-period furnishings, placed in correct locations according to the family. The folks in Tupelo have done a great of job of turning the place into a very nicely landscaped tourist attraction. They've even moved the Assembly of God church (complete with outhouse!) that Elvis attended as a child to the property. Other features are a "Walk of Life" with granite blocks depicting important moments in Elvis' life, a fountain honoring his years in Tupelo, a statue of Elvis at age 13, a "Story Wall" featuring narratives of Tupelo residents' reflections on their encounters with Elvis, and a 1939 Plymouth similar to the model the Presleys had when they moved from Tupelo to seek better job opportunities in Memphis in 1948. There is also a newly built chapel, in accordance with Elvis' wishes for a place of meditation at his birthplace site.

There's a lot to get all shook up about at the Elvis Presley birthplace, so don't be cruel to yourself and go, cat, go!
Posted by Gunnar and Sherry at 8:05 PM