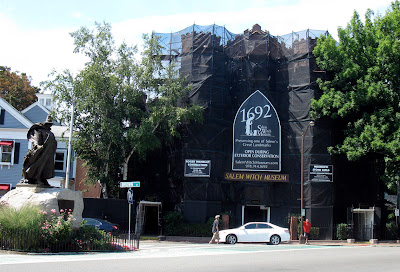 The Salem Witch Museum was being renovated but it looks even spookier, I think, with this black shroud on it. 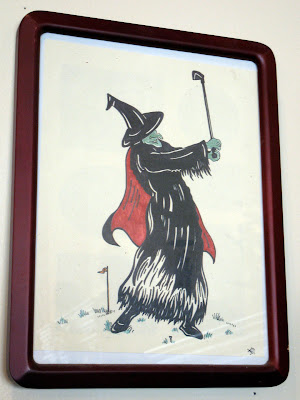 I'm no golfer, but there's got to be a Bogey-man joke in here somewhere. 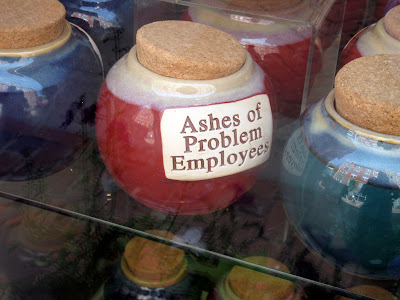 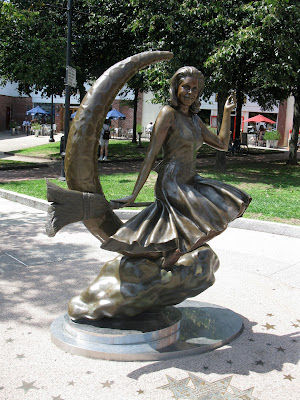 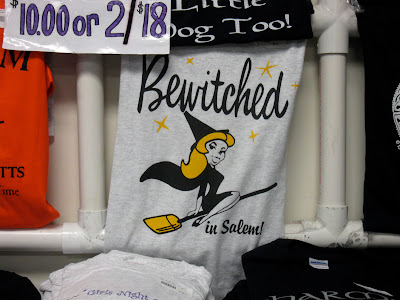 ...so impress your friends with a t-shirt. 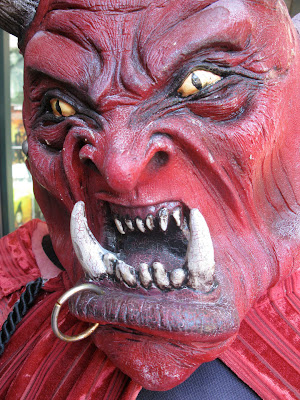 It isn't easy being red. 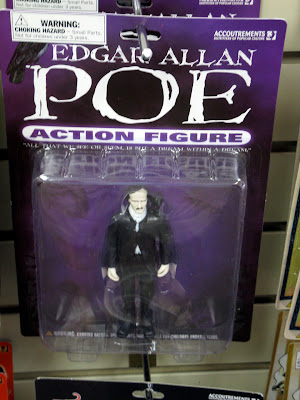 Can you find a better souvenir than this? Nevermore. 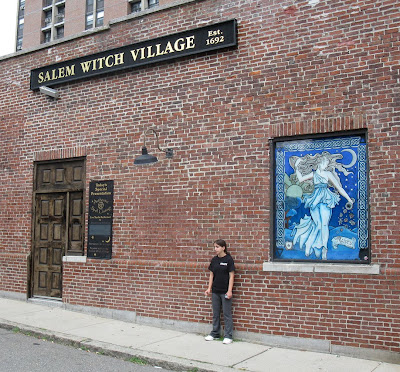 They used to burn witches and now you can't even smoke a cigarette near one. 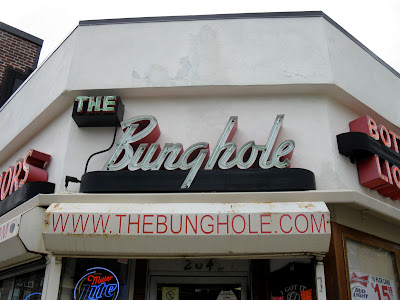 I already did a post about this Salem place, but it deserves a second mention. 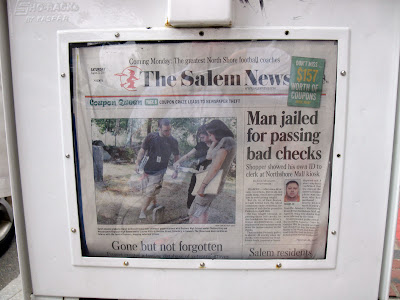 So you falsely accused a few dozen innocent townsfolk of witchcraft, hanged 19 of them and crushed one poor guy to death under heavy stones in 1693. What's a little seaside New England town to do? Why, exploit it, of course! Nobody has made lemonade out of lemons better than Salem, Massachusetts, whose notorious 17th century witch trials actually spawned the term "witch trial." Today, the town is a cornucopia of goblins, spooks and scary monsters, all played for fun and profit to fright-seeking tourists, and Halloween is their biggest night of the year. We paid a visit last August and had a swell time lurking about the kitschy horrors that hang in the air. And who do you see there? Scary Connick, Jr., the Moody Boos, Howl Pacino, Bat Sajak, the Boo Man Group, Helen Haunt, Robert Deadford, Peter Graves, Billy Mummy, Boo Screamsteen, Brad Pitandpendulum, Mariah Scary, Alice Ghostly, Red Skeleton, somebody stop me...
Posted by Gunnar and Sherry at 5:48 PM

Love your blog, Gunnar, especially the comment about the smoking witches.

Thanks, Anonymous. Don't be a stranger!

Please tell me you're sitting at the keyboard giggling when you type these posts.

Haha, Romper Room! I haven't thought about that show in a long time. When Miss Elaine had that magic mirror, even as a kid I thought "Gee, I'll have what she's having."