Look that up in your Funk and Wagnall's: Westerly, Rhode Island's Ruth Buzzi park bench 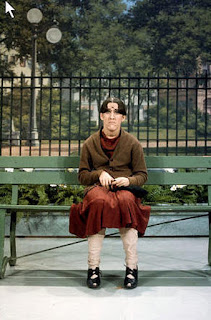 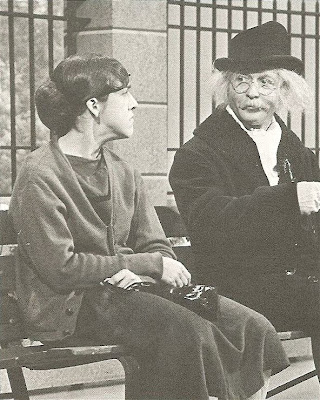 Ruth as Gladys and Arte Johnson as her nemesis Tyrone F. Horneigh 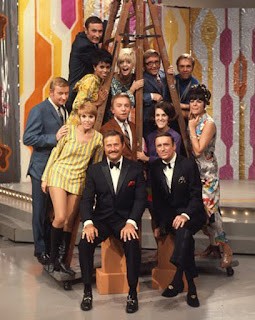 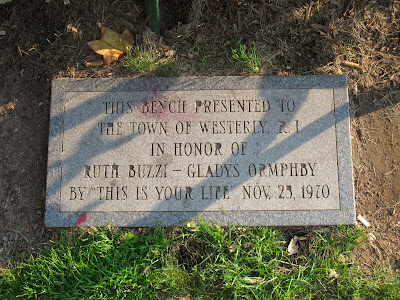 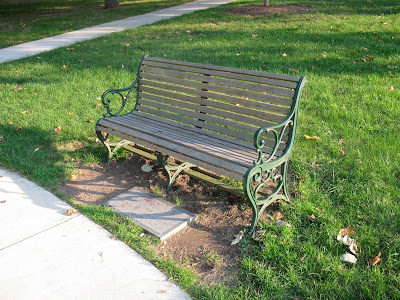 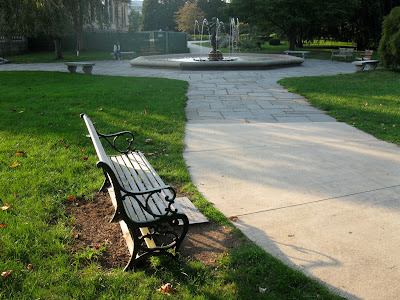 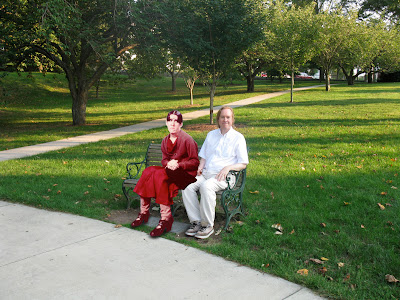 Gladys and me (thank you Photoshop)


Back in the late '60s and early '70s, "Rowan and Martin's Laugh-In" was a TV sensation made up of fast-paced sketches, kooky characters and ultra-current sexual and political humor. Anyone who was culturally aware back then knew the many "Laugh-In" catch phrases including "Sock it to me," "Here come de judge," and "Blow in my ear and I'll follow you anywhere." The only cast member (besides Dan Rowan and Dick Martin) to appear every season of its run was Ruth Buzzi, who played several characters, including drunken Doris Swizzle, Hedda Hopper-type columnist Busy Buzzi, and her most famous role, the drab spinster Gladys Ormphby. Gladys would sit sad-faced and hairnetted on a park bench until Tyrone F. Horneigh, a dirty old bearded man played by Arte Johnson, would accost her with vague double-entendres such as "How about a Walnetto?" to which she would take great offense and beat him with her handbag. In 1970, at the peak of the show's popularity, Ruth was surprised by TV host Ralph Edwards who was reviving his "This is Your Life" program. Her life was the show's subject and a bench in honor of her beloved character Gladys was donated to the town of Westerly, Rhode Island, where she was born and lived until she was six. 3,000 fans came to see Ruth at the bench dedication in Wilcox Park in 1971. Since then, the bench has become dilapidated and been repaired a few times. It was in fine shape when we stopped by lovely Wilcox Park recently. We had to ask a few bewildered people where it was and the kind lady at the Pink Poodle Parlor directed us to the fountain at the public library end of the park. There it sits with its stone marker, carved by Buzzi Memorials, Ruth's family's business still operating in the area today. Ruth went on to perform on "Sesame Street" for seven seasons after "Laugh-In" and she now lives on a ranch in Texas where she and her husband own a shopping center. You can read a fun interview my friend and colleague Alan Rosenburg did with Ruth in 2008 that ran in the Providence Journal here. And were we thrilled to sit on the same bench as the legendary Gladys Ormphby? You bet your sweet bippy.

Posted by Gunnar and Sherry at 5:21 AM

something from laugh-in , "sock it to me!"

This was a great find! Now if only we had Lilly Tomlin's phone bank :)

Well, I guess every town has to be famous for something. Go Westerly! You rock! Makes me proud to be a Rhode Islander.

Great memories! I grew up in Westerley area and love the place and the people, still. My brother Harold owns Buzzi Memorials on the road down in Wequetequock Cove just south of town. Thank you for the nice tribute! I am now on Twitter as @Ruth_A_Buzzi and I love my twitter friends, too! XOXO Ruthie

What an honor it is to have you stop by, Ruth, and that's the truth (as Lily's Edith Ann would say)!