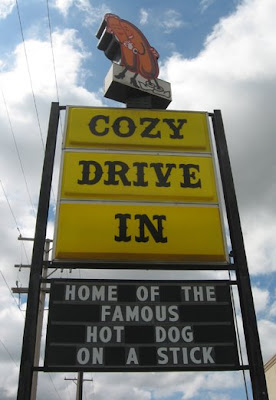 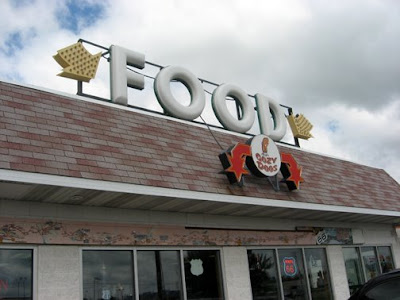 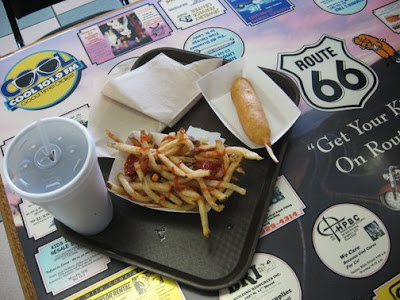 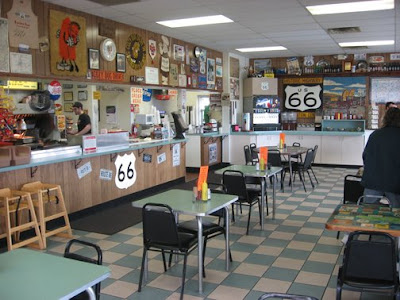 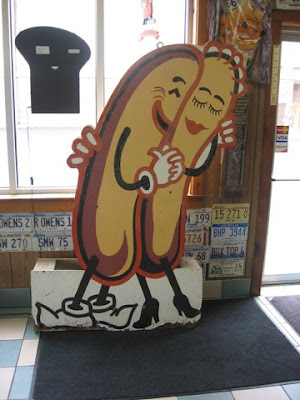 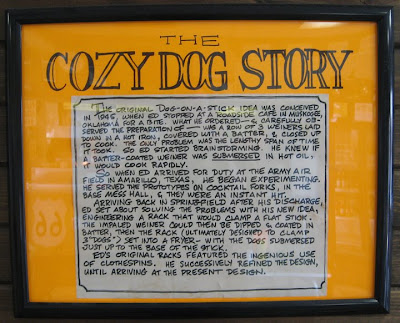 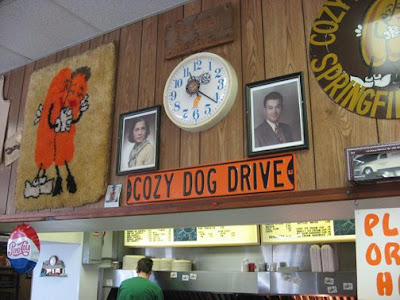 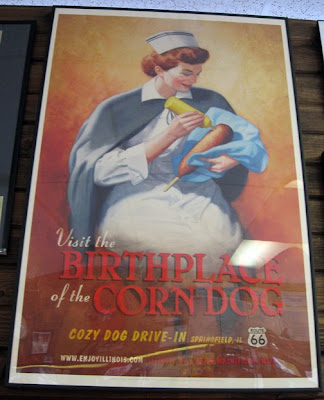 Springfield, Illinois has a lot to offer the eccentric roadside attraction fan, not the least of which is a glorious stretch of Route 66 that runs through town. A must-stop, especially around lunchtime, is the Cozy Dog Drive-In, birthplace of the hot dog on a stick. The story goes something like this: While patronizing a Muskogee, Oklahoma eatery in the 1940s, Ed Waldmire Jr. was enjoying the hot dog baked in cornbread he was eating and wanted to come up with a way to modernize it. His friend Don Strand developed a mix that would stick on a wiener while being french-fried. Ed put the battered dogs on cocktail forks and deep fried them with spectacular results, which led to their official launch in 1946. Originally called crusty curs, the more pleasing moniker cozy dogs was developed with Ed's wife's prodding. In 1949, the Cozy Dog Drive In was born, built on Route 66 at South Sixth Street. In 1996, Cozy Dog moved to its current location, where Ed's daughter-in-law and grandsons continue on with the business right next door to the original location.

They've got great Route 66 decor inside with their funky hot-dog-boyfriend-and-girlfriend logo and signage. They've also got the standard road food fare like bacon and eggs, cheeseburgers and ice cream. But how can an out of towner not get a Cozy Dog while in the presence of such greatness? I ordered one with a side of fries and, truth be told, it was the best deep fried battered weenie on a stick I ever ate. Frankly, we relished every moment we were at the Cozy Dog Drive In until we mustard up the energy to leave and ketchup on the rest of our journey. Bun voyage!
Posted by Gunnar and Sherry at 8:26 AM

I saw a story about these on PBS. The poster with the nurse is priceless!

Yes, Rick, that poster is an absolute hoot! It's too bad they don't sell souvenirs and t-shirts with that picture on them.

"...we mustard up the energy to leave and ketchup on the rest of our journey. Bun voyage!". Are you taking a buy-out to go work for Fox6Now in Racine?

It occured to me that this place was right by Shea's Gas Station, and we passed by it, but I didn't realize it...

I haer they have some very good and uniquly interesting hot dogs though...and corn dogs...

That's right, they are by Shea's. Springfield is a great town for fun roadside attractions.