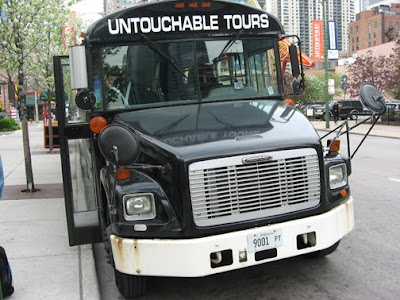 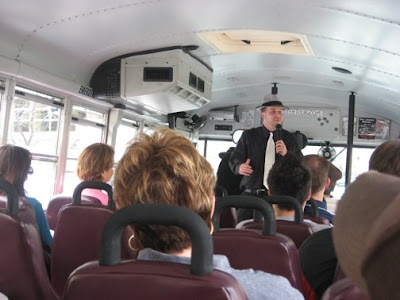 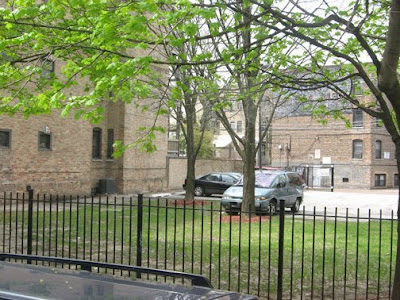 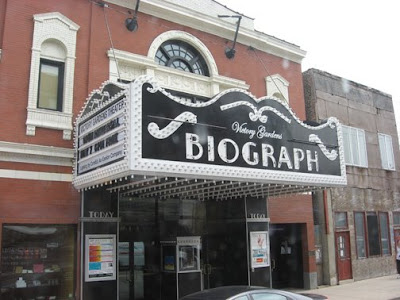 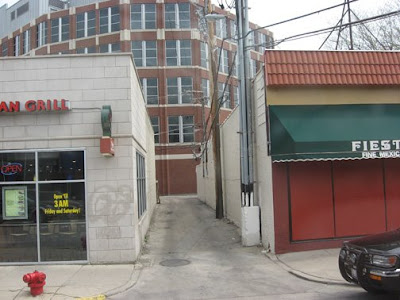 The alley where he was shot 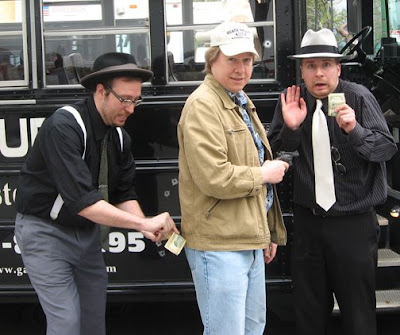 One hilarious photo op after another

We haven't had a chance to see the new Johnny Depp movie "Public Enemies" yet, but we did take Chicago's Untouchables Tour recently. It's a two-hour guided bus ride that goes past key sites from the movie and other must-see crime scenes from Chicago's checkered past. Very entertaining too, as led by our two tour guides dolled up in the glad rags of a couple of 1930s tough mugs. They explain what a Chicago overcoat is (a coffin) and a Chicago typewriter (a sub-machine gun) while driving past famous crime scenes such as where the St. Valentine's Day Massacre occurred (an empty lot today). The Biograph Theater, where John Dilliger took in his last picture show before taking a powder courtesy of Uncle Sam in the alley next door, is especially impressive. It has been lovingly and authentically restored to just how it looked in 1934 when Dillinger was given a case of lead poisoning by the G-Men waiting for him, and was used in the Johnny Depp movie. So take it from me, it's a great tour and I won't soft-soap ya for the love of Mike, it's a fine how do you do, you can bet yer bottom dollar, sez who? sez me!
Posted by Gunnar and Sherry at 3:34 PM

A very cool post! Next time I am in Chicago I'll have to do this.

Richard: Yes, don't miss it. They also go past a lot of cool non-crime scenery too.