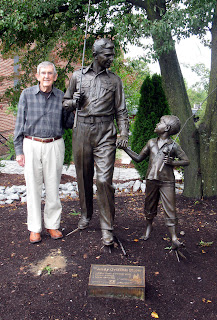 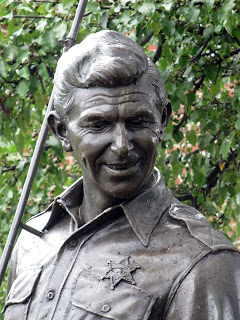 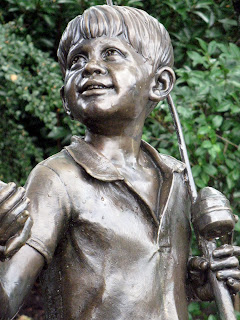 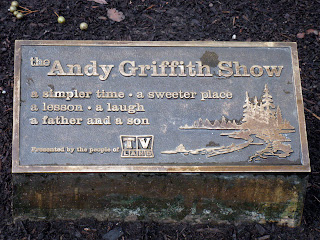 This wonderful statue of Andy and Opie walking to the fishing hole was commissioned by the TV Land network. 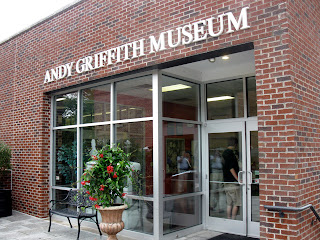 Mr. Forrest has assembled his impressive collection of Andy memorabilia into the Andy Griffith Museum. In it you'll find Andy's sheriff uniform (from Nudie's Rodeo Tailors of Hollywood) and the seersucker jacket he wore on "Matlock", Barney's salt-and-pepper suit, worn on dates with Thelma Lou and cut just right for dancing the dip, Goober's Jughead-style cap, and Otis's rumpled jacket and hat, not to mention tons of scripts, posters and other mementos from Andy's impressive and long career. 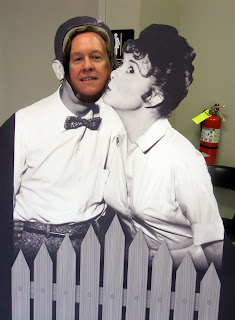 No pictures were allowed inside the museum but I did take advantage of this photo op in the lobby. That's Betty Lynn as Thelma Lou. 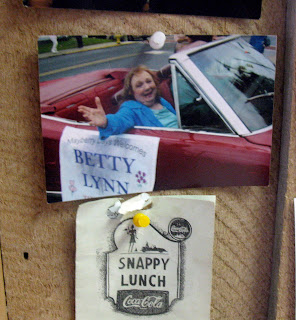 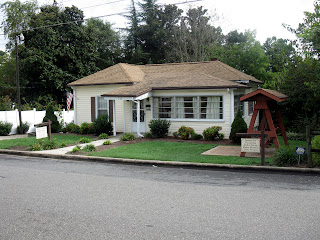 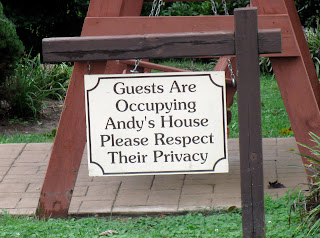 Visitors interested in the full Andy Griffith experience can stay a night or two in the real Andy's childhood house, a modest middle class bungalow on East Haymore Street and now rented out by the Hampton Inn folks. 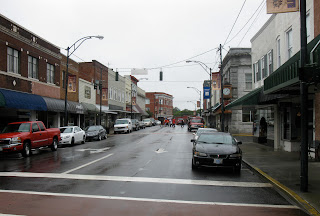 Along Main Street, gift shops are bursting with "T.A.G.S." souvenirs... 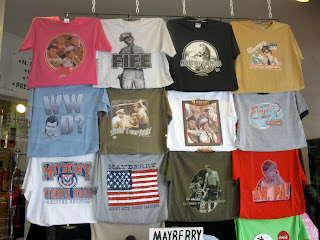 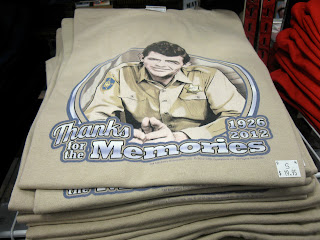 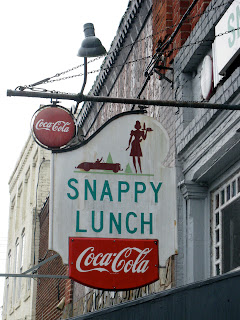 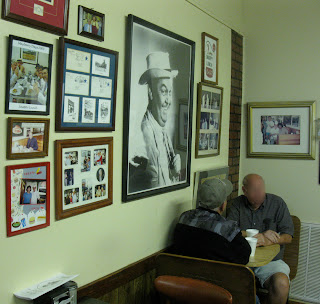 The Snappy Lunch, in business since 1923, was mentioned by Andy in the "Andy, The Matchmaker" episode. They're known for their pork chop sandwiches. 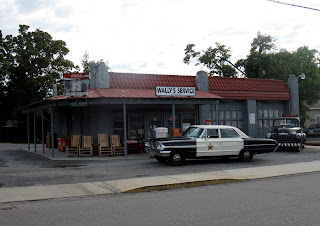 Mount Airy also has a recreation of Wally's Filling Station, where Gomer and Goober plied their trade. You can take a tour of Mount Airy in an early 60s Ford Galaxy squad car just like the one Andy and Barney used to patrol the mean streets of Mayberry. 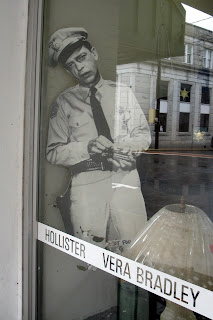 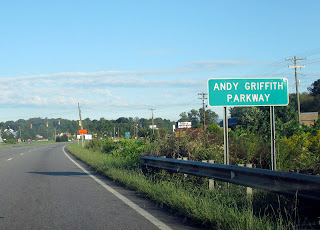 In 2002, Gov. Mike Easley dedicated 10 miles of US 52 from Interstate 74 to the Virginia state line The Andy Griffith Parkway. 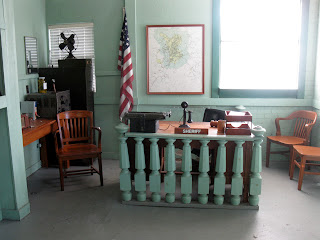 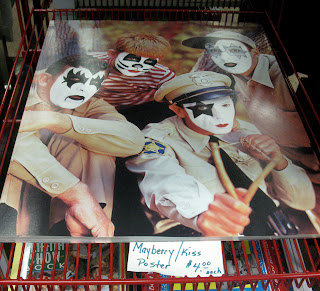 The oddest souvenir in Mount Airy: Andy, Barney, Opie and Goober dressed up as Kiss 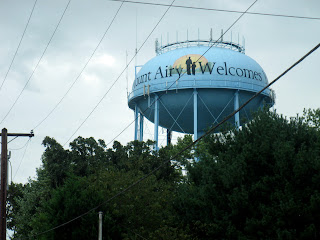 The Andy Griffith Show is such a part of the character of Mount Airy, they put Andy and Opie on the water tower.

The northwestern North Carolina town of Mount Airy was where Andy Griffith grew up and he used it as the inspiration for Mayberry, the fictional locale of his classic 1960s TV series, "The Andy Griffith Show". Even though "T.A.G.S." went off the air in the late 60s, Mount Airy still celebrates their favorite son all over the older downtown area. Mount Airy is actually a pretty big place now, with a Walmart, motels, fast food and a population of over 10,000. But if you head to the old downtown area, you can still get a taste of the small town that Andy loved. And don't that beat everything.
Posted by Gunnar and Sherry at 2:59 PM

For whatever reason, every time that I've been in the vicinity it's been after dark and I really haven't had the Mt Airy experience yet.

We stopped in to "Mayberry Station" in Fancy Gap ... I SWEAR Goober works there!

Searching for the Best Dating Site? Join and find your perfect date.