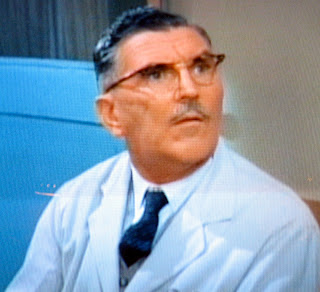 The great Howard McNear as Floyd the barber on "The Andy Griffith Show"... 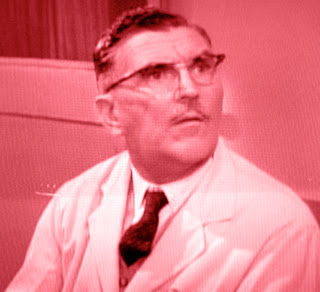 ...or Pink Floyd if you prefer. 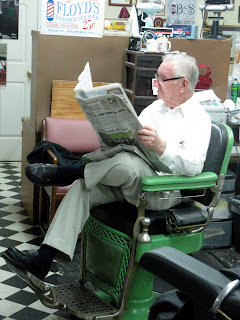 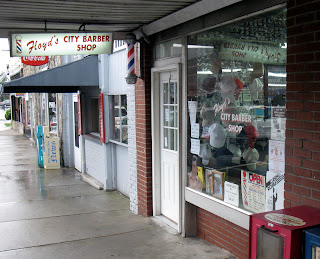 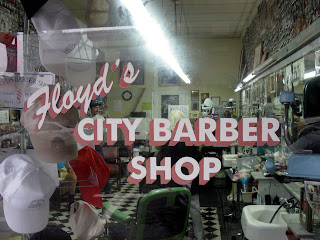 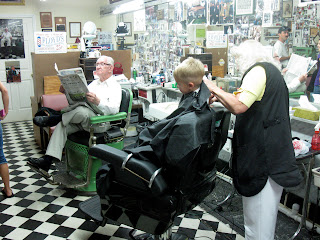 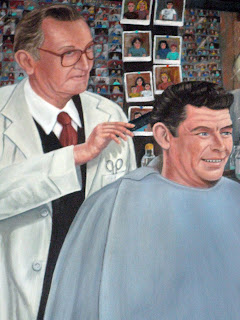 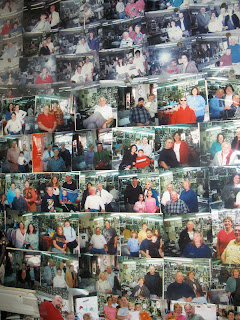 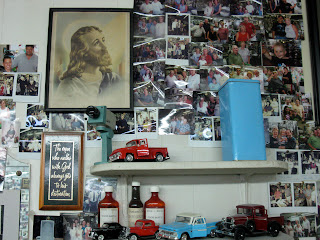 Russell Hiatt has been a barber for over 60 years in Mount Airy, North Carolina and he used to cut the hair of Mount Airy's most famous resident, Andy Griffith. Mount Airy's small town charm became the inspiration for Mayberry on "The Andy Griffith Show" in the 1960s and the easy-going, often-befuddled town barber on the show was named Floyd, with the great eccentric actor Howard McNear playing the part. "The Andy Griffith Show" became one of the all-time classic TV sitcoms and McNear's portrayal of Floyd is a real one-of-a-kind, with his rapid-fire delivery in the early seasons, and then his slow, somewhat bizarre line-readings in later episodes (McNear had a stroke during the run of the show that altered his performance but not his ability to be really funny). Mount Airy takes great pride in being put on the map by Andy and Floyd's City Barber Shop is still in business on Main Street, with Mr. Hiatt and his staff giving haircuts (still for $8 reads the sign in the window). Unlike the one-chair Floyd's on the show, it's a two-chair shop, packed with mementos and plastered with photographs of Floyd's satisfied customers and visitors on the walls. I had just had my hair cut back home so I didn't get the once-over, but I did step inside for a moment to gawk like a tourist, which they're used to there. And Mr. Hiatt was sitting in one of the barber chairs, engrossed in his newspaper, just like the TV Floyd. It's great to see a small town business still thriving, even if it is due to pop culture. After all, as the TV Floyd would say, "you hate to see anyone fall into the hands of a strange barber."
Posted by Gunnar and Sherry at 1:10 PM

Happened to be passing through there several years ago and caught the town's 'Mayberry Days' festival and parade. Fun day, but it was marred by racist remarks from some in the crowd as black members of the high school marching band passed by.

Embrace diversity and regionality. If that's the way they do things in Mount Airy, so be it. I'll take it rather than a phony 'McMerica'. Howard McNear fan here.

Loved the way you have shared your views thanks alot for sharing will surely bookmarked this wonderful resource!
barber appointment app