This neck of the Woods: Warwick, Rhode Island Applebee's tribute to James Woods 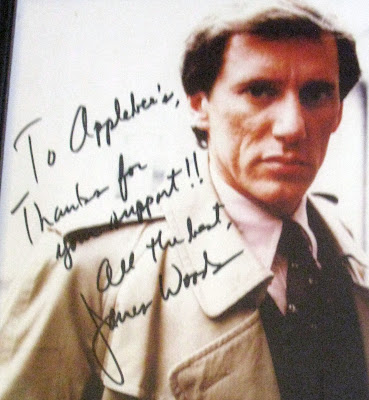 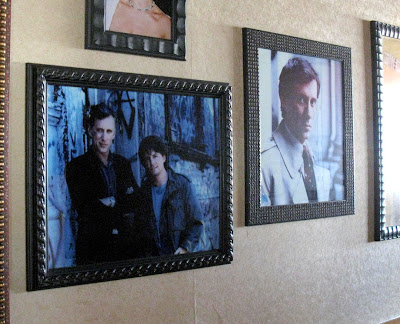 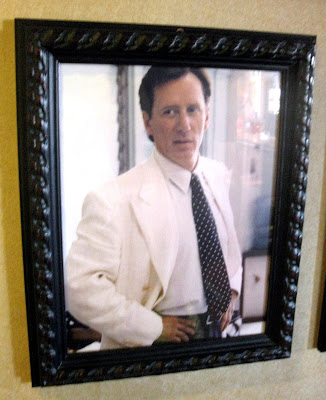 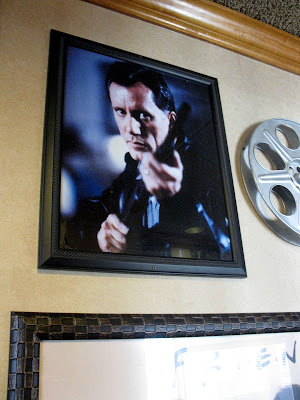 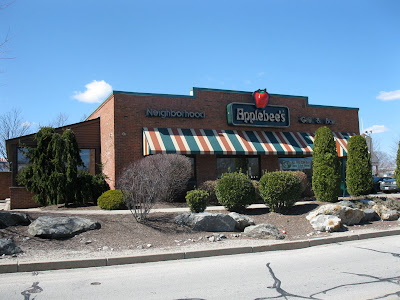 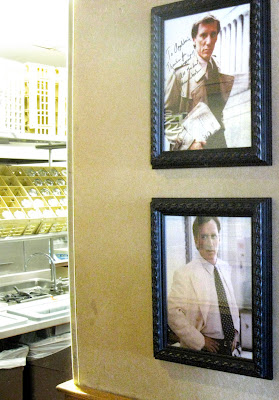 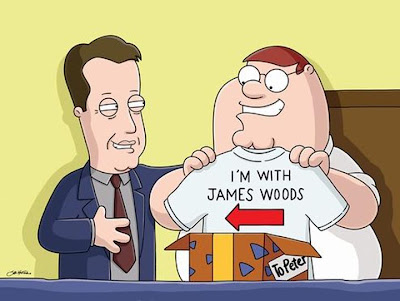 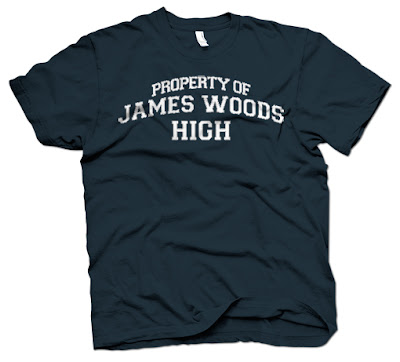 ...and let's hope he's getting a cut of the profits from this. 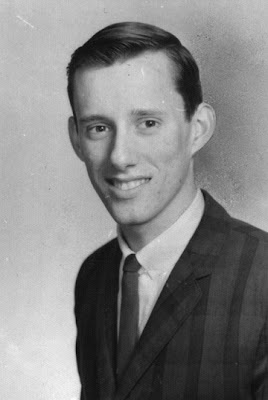 Here's a picture of Jimmy from the mid-60s when he was a senior at Pilgrim High School (not James Woods High School) of Warwick, Rhode Island. (Providence Journal photo)
The interiors of the Applebee's restaurant chain are festooned with nostalgic bric-a-brac to make you feel like you're eating in a friendly neighborhood bar and grille. To your left, a poster of a '59 Corvette. To your right, a photo-montage of Marilyn Monroe and James Dean. And in the corner, a shrine to James Woods. James Woods? The guy that plays those edgy loose cannons in the movies and on TV? That James Woods? Yes, that James Woods, at least at the Warwick, Rhode Island Applebee's. James, or Jimmy as he is known around here, grew up and went to high school in Warwick before hitting it big in movies like "The Onion Field," "Casino," "Once Upon A Time In America," "Salvador" and "Ghosts of Mississippi" (those last two earned him Academy Award nominations). They're proud of their Jimmy in Warwick, and he has stayed close to his Rhode Island roots over the years, campaigning for his brother Michael's bid for local office. Sadly, some years later, it was Jimmy who also appeared in a Rhode Island courtroom and won a settlement from a local hospital when his beloved brother was misdiagnosed and died while being treated (the money was given to Michael's children). On a lighter note, Jimmy has also been featured numerous times on TV's "Family Guy," where the kids go to James Woods High School in the fictitious Rhode Island town of Quahog. It seems fitting that a hardworking underdog of a state like Rhode Island would have Jimmy, known for playing psychopathic nutcases and otherwise unlikable characters, as a favorite son. You do us proud.
Posted by Gunnar and Sherry at 4:39 PM

Seekonk's "Hometown Hero" is former Red Sox player Ken Ryan. Talk about stretching your 15 minutes of fame. He was suppose to be a young-up-and-comer, but only ended up playing in the Bigs for about a minute and a half.... Now he owns a "Baseball Academy", aka a batting cage in an old factory in Pawtucket..... And of course, he's the HTH. Go Team, Go!

Bill, if there's a plaque with his name on it somewhere, I'm there!