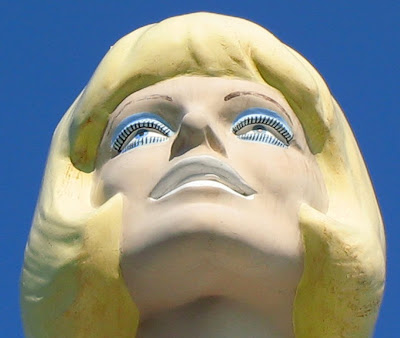 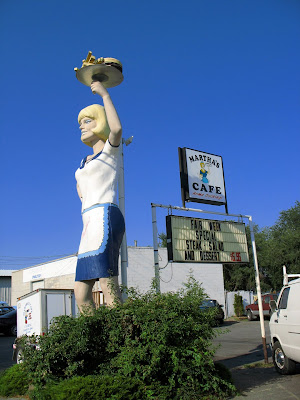 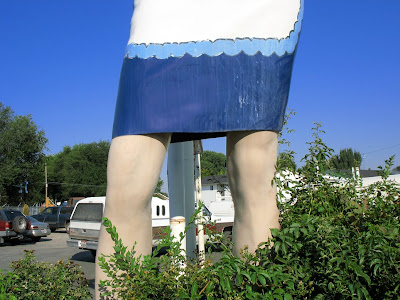 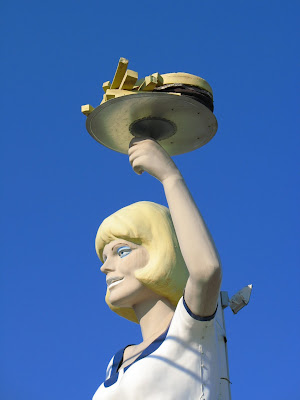 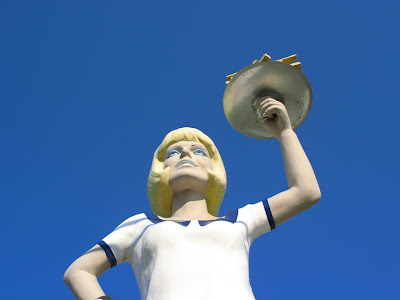 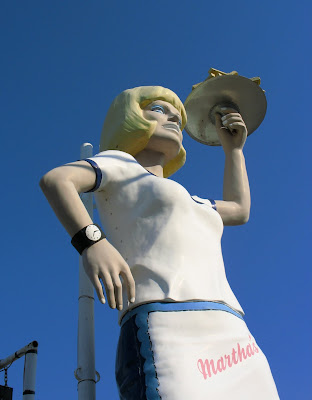 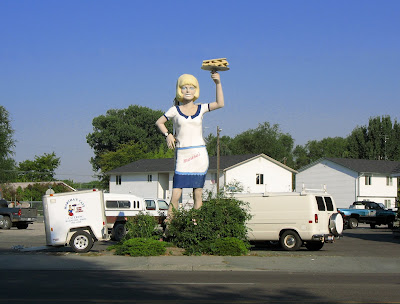 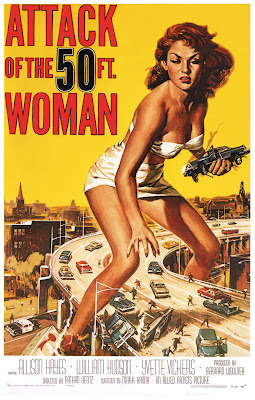 You better not tick Martha off, or there could be hell to pay!
Back in 2006 while we were cruising down State Highway 91 on our way to the Idaho Potato Expo, the beloved roadside icon seen on the masthead of this blog, we had an unexpected delight: a giant female fiberglass statue beckoning drivers-by to stop at Martha's Cafe for some (no doubt) delicious eats. She's stupendous! She's colossal! She's got a big wristwatch! Not realizing it at the time, we had stumbled quite accidentally across what some eccentric roadside denizens consider the holy grail of highway kitsch attractions: a Uniroyal Gal — leggy amazons created in the 1960's by the Uniroyal Tire Company as advertising gimmicks and considered sisters to the more plentiful highway Muffler Men. Only a dozen or so remain today, it is reported, most of which have been made over to better represent their new owners after Uniroyal discarded them. Martha went from being a tire gal to a waitress and from a brunette to a blond. The definitive place to learn more about these awesome creatures, RoadsideAmerica.com, reports that Martha has been temporarily taken down for repairs and a makeover and should be back up before the end of summer 2011. Let's hope they don't make her over too much because she's one groovy chick, baby. The original Gals were said to be have been inspired by Jackie Kennedy, so ask not what your amazon advertising icon can do for you, ask what you can do for your amazon advertising icon.
Posted by Gunnar and Sherry at 3:11 PM

She looks a little like Carol Brady, no doubt BEFORE the Bunch.

Those are the biggest and sexiest knees I've ever seen! She is amazing!