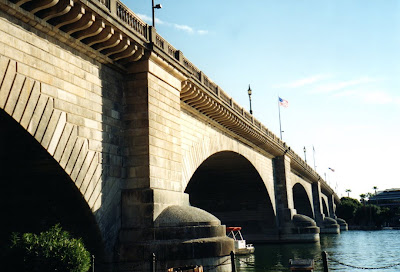 For the record, London Bridge isn't falling down at all. 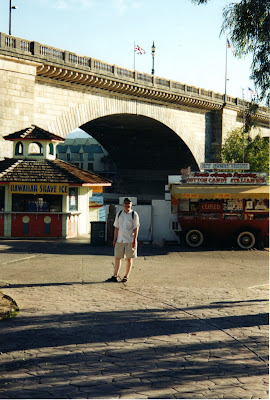 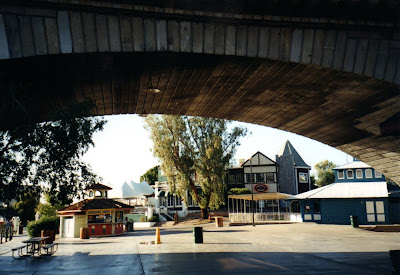 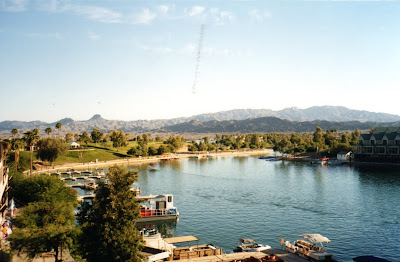 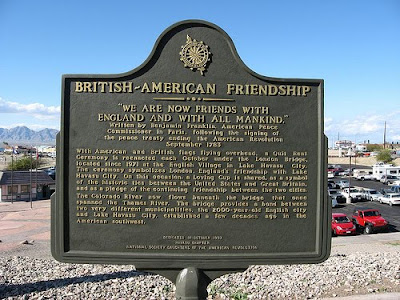 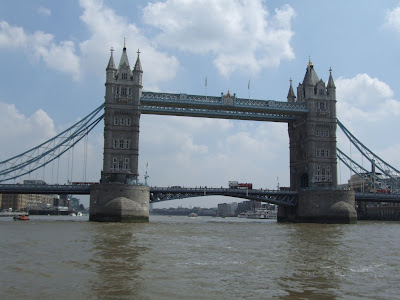 A lot of people think this is London Bridge, but it's actually Tower Bridge and it's still back in merrie old England.
So you're trying to develop an off-the-beaten-track area of Arizona into a desirable retirement community at the same time the city of London, England is replacing it's iconic but worn out London Bridge. Hmmm...

London Bridge, originally constructed in London in 1831 and stretching across the River Thames, has resided in the southwestern Arizona town of Lake Havasu City since 1971. Not structurally sound enough to carry the weight of its busy London traffic load, it was put on the market and sold to American entrepreneur Robert P. McCulloch in 1968 for $2,460,000. The bridge was then taken apart and each brick was numbered so it could be shipped and reassembled in Arizona as a tourist attraction. The bridge was rebuilt over the canal that connects Lake Havasu and Thompson Bay and was rededicated (with no less than Bonanza's Lorne Greene present) in 1971 as the centerpiece of an England-themed village. Some reports say it is now Arizona's second most visited tourist attraction after the Grand Canyon.

We were there in 2004 on a blistering 110-degree day, so we didn't do much hanging around. I wish I had taken more pictures but I suppose that's just water under the bridge now.
Posted by Gunnar and Sherry at 11:24 AM

HA! That, I did not know. I guess the old saying "If you believe that, I have a bridge I'd like to sell you" was less of a warning to that entrepreneur and more of a once in a lifetime opportunity! Wow!

I guess we are of different minds.... When I hear "Lake Havasu", I don't think of a beaten-up, broken-down, previously owned, used car of a bridge that some millionaire picked up at a British yard sale. I think of a lake full of bikini babes at Spring Break, floating on inner tubes while drinking beer from hard hats with mugs and straws attached. Or would MTV lie to me?

Amber: I was thinking it would be something if the Brits reciprocated and put up and Arizona bridge in London...

Bill: If those bikini babes are 55 and over, I think you're on to something.