Our cup runneth over: The World's Biggest "Paper" Cup of Riverside, California 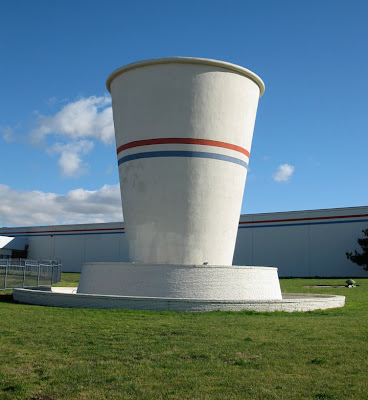 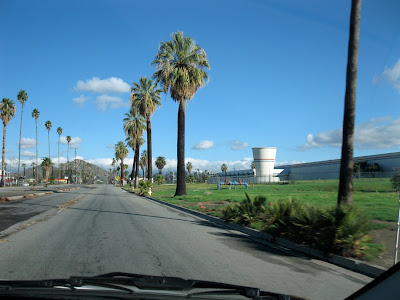 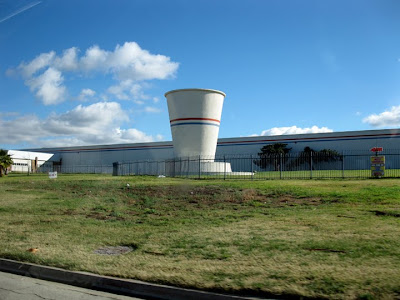 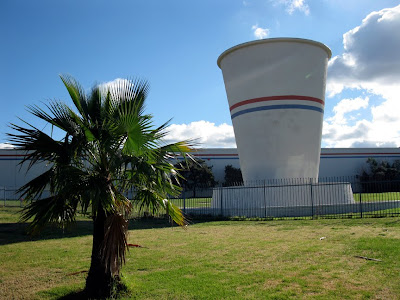 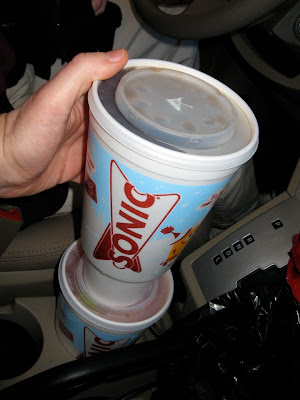 We were so inspired by the big Riverside cup that we ordered the biggest drinks money could buy at a nearby Sonic drive-in.


And should the Riverside Cup ever be evicted, might we suggest a spot next to one of the following classic eccentric roadside attractions: 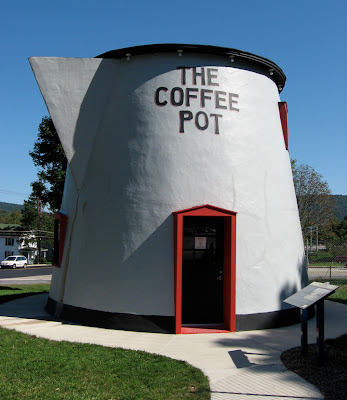 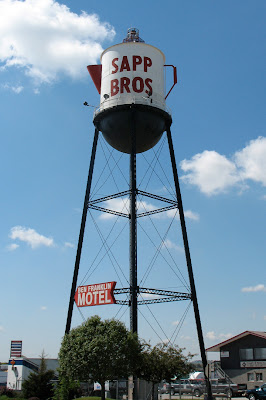 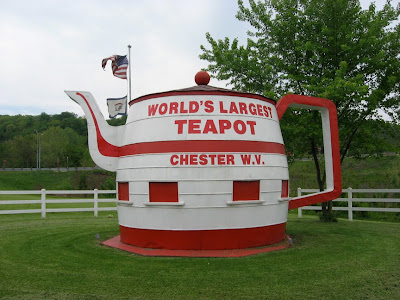 The World's Largest Teapot, Chester, West Virginia
We saw another eccentric roadside "world's biggest" milestone in Riverside, California recently: a place that claims to have the world's biggest paper cup. It's not actually made of paper and, for all we know, it might not even be the world's biggest non-paper cup, but it's still gi-goondus and a sight to behold. As recently as 1999, the Sweetheart Cup Company was located here at 800 Iowa Avenue. Back then, the distinctive Sweetheart logo was featured on the side of the cup, providing three-plus stories of quality brand recognition for all passersby. No mistaking what was being manufactured in this here plant. Years later, Sweetheart pulled out and a furniture liquidation company moved in circa 2005. They had the good taste to leave the cup standing (or a lack of funds to get rid of it). Apparently, no attempt such as "A heaping cupful of savings on sofas and love seats!" was made to cash in on their newly acquired architectural anomaly. When we stopped by last January, the building appeared to be vacant (the "for lease" sign out front was a dead givaway), but the cup still stands. It's plain and surreal, with a fence around it to protect it from cup-ransacking hooligans. Let's hope the future tenants keep the cup alive, or barring that, donate it to another cup-friendly eccentric roadside attraction elsewhere. That would be just my cup of tea.
Posted by Gunnar and Sherry at 6:27 PM

The world biggest cup of riverside in California is the biggest paper cup symbol of California. It is so huge and wonderful to see.