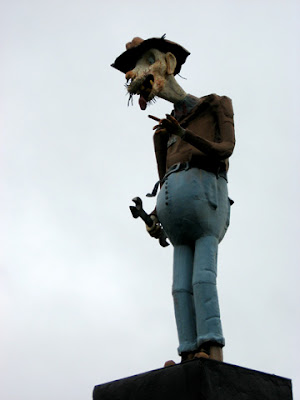 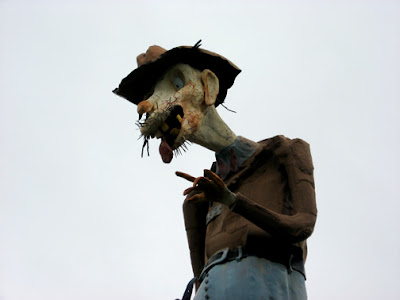 Allen, the creepy U-Wrench It greeter

SCENES FROM THE SOUTHEASTERN RAILWAY MUSEUM: 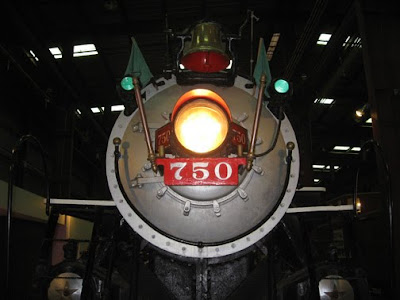 I love when a train smiles at you 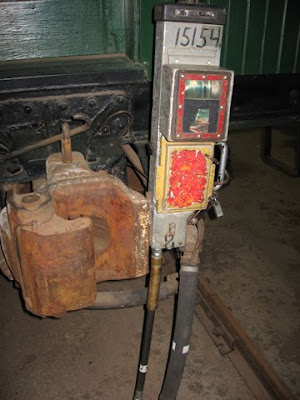 This is called the Flashing Rear End Device (F.R.E.D.), and I'm not making that up. 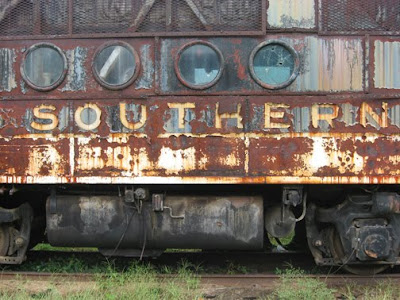 GREETINGS FROM THE DULUTH REXALL: 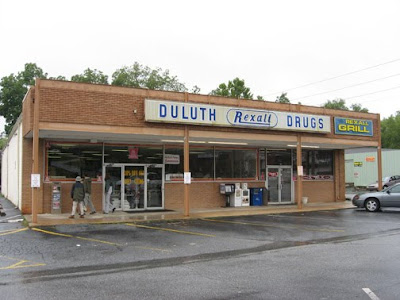 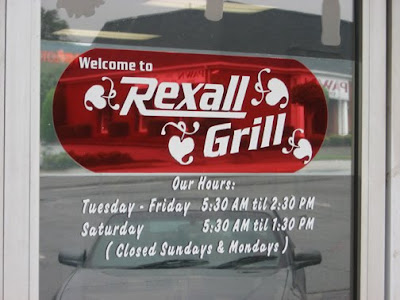 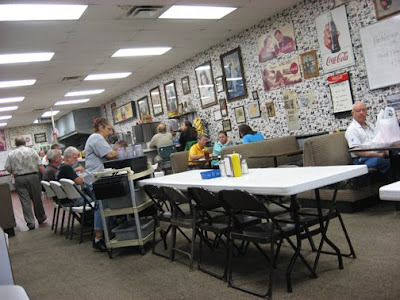 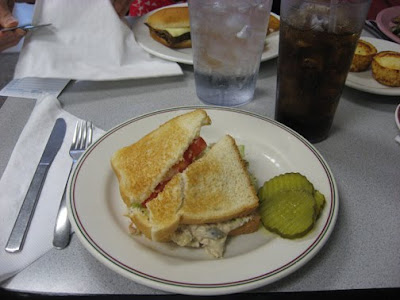 They make a mean tuna salad sandwich, and don't you forget it.
We had a lovely time visiting Sherry's cousin Bobby and his family in the suburbs of Atlanta. They took us out to a great lunch at place they knew we'd love: the Duluth Rexall Grill. At a time when old-fashioned Rexall drug stores are few and far between, this one in Duluth is thriving. Half the place is a drug store and the other half is a friendly eatery with great breakfast and lunch fare. A bit of fanciful lattice work divides the two. I'm told it's hard to get a seating here for breakfast, as the place is mobbed with regulars. Duluth also has the Southeastern Railway Museum, a fun place with lots of train-related artifacts and some real train cars you can poke around in. My favorites were the beautifully decaying models way, way in the back. But the piece de resistance was the half-man, half-rat-looking statue in front of the U-Wrench It in Norcross. This is an auto parts place that pays cash for junky old cars and its mascot is a hideous creation that appears to be made partially out of car parts. It looks like something out of a Stephen King story: Allen Badwrench, Mr. Goodwrench's hideous mutant southern relative.
Posted by Gunnar and Sherry at 11:00 AM

That dude is creepy in a wonderful way.

Thanks for sharing these photos and sceneries. Great place. Good luck on everything. By the way, I found a new social networking community that is surely exciting to join and could help us in our online shopping shipping. I hope you'll be interested too. Have a blessed day!

This is an auto parts place that pays cash for junky old cars and its mascot is a hideous creation that appears to be made partially out of car parts. It looks like something out of a Stephen King story: Allen Badwrench, Mr. Goodwrench's hideous mutant southern relative.

Norcross looks like a town filled with a lot of history!