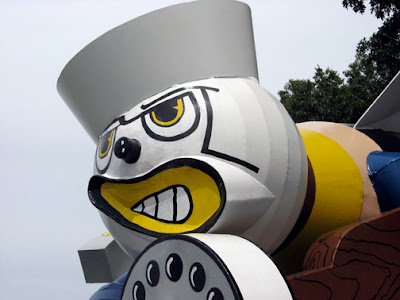 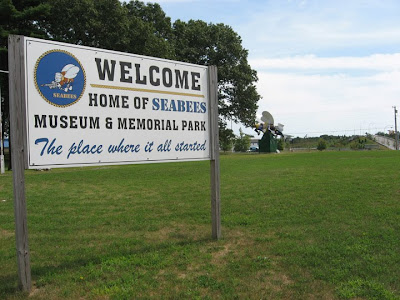 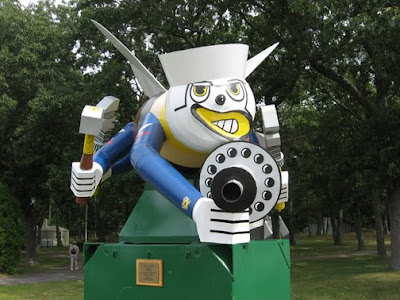 I think the great Seabees statue looks like a cross between a Roy Lichtenstein painting and Mr. Bill. 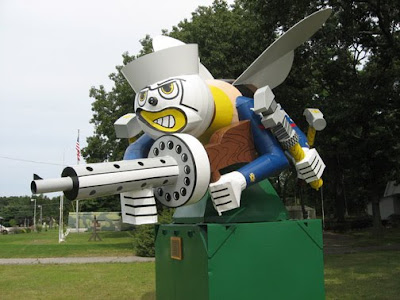 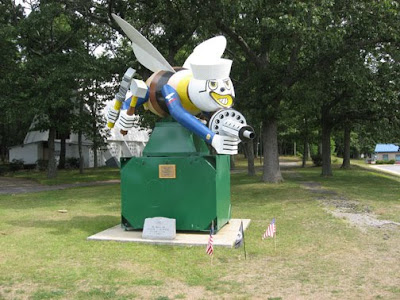 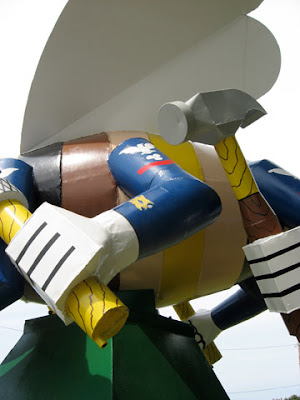 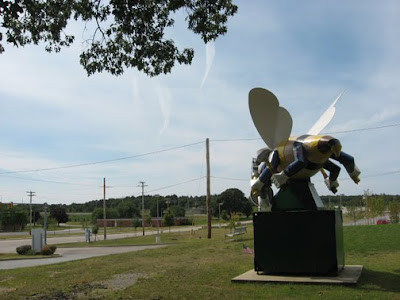 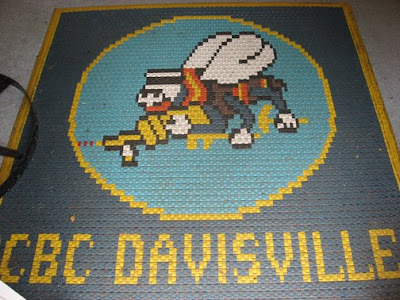 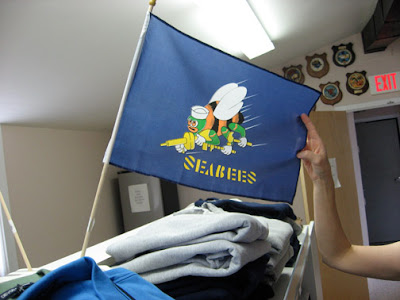 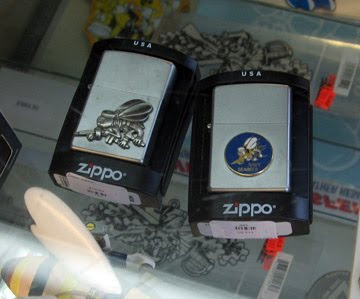 You can get a Seabee on a Zippo in the gift shop... 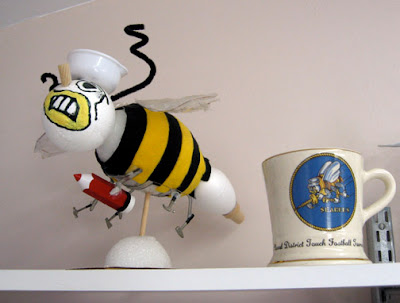 ...along with some other unique items. 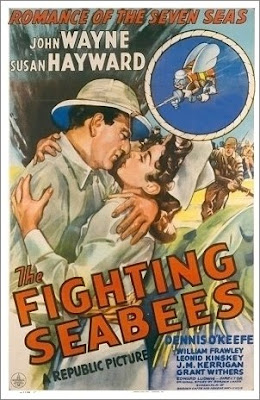 John Wayne and Susan Hayward even made a movie about the Seabees. 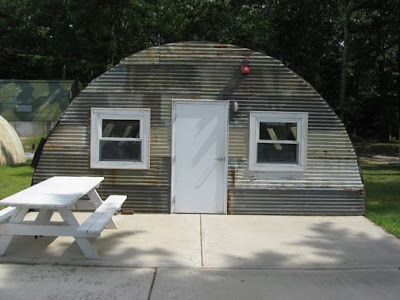 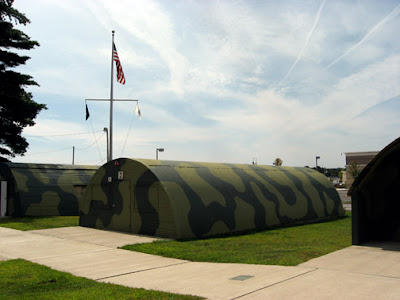 And don't forget the Quonset hut, Rhode Island's other contribution to military history... 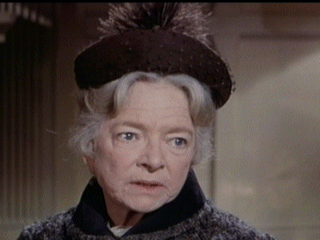 ...not to be confused with Helen Hayes as Mrs. Ada Quonsett from the movie "Airport."
After the Japanese attack on Pearl Harbor in 1941, the U.S. Navy created construction battalions to provide support to U.S. troops fighting in different parts of the world. These battalions were called Seabees and they were made up of experienced, highly skilled craftsmen including electricians, carpenters, plumbers, equipment operators — virtually any construction or building trade needed to get the job done. The original battalions were formed at a naval base in Davisville, Rhode Island and 100,000 Seabees were trained there. Frank Iafrate, a civilian file clerk working at the base, created a great insignia in 1942. Here's what he said about it: "I thought of a bee — the busy worker, who doesn’t bother you unless you bother him. But provoked, the bee stings. It seemed like an ideal symbol. The rest came easily. I gave the bee a white sailor’s cap, various tools to show his construction talents, and finally a Tommy gun to show his fighting ability. I made the bee a third-class petty officer (E-4) with the 1942 Naval insignia used by the first Seabees on each arm … a machinist’s mate, a carpenter’s mate, and a gunner’s mate." Iafrate later enlisted in the U.S. Navy in 1942 and during the war he served as a Chief Carpentersmate in a Seabee Construction Battalion Maintenance Unit.
The base at Davisville was decommissioned in 1994. There now sits a Seabee museum and several Quonset Huts, another innovative Rhode Island military invention carrying the Indian name for the region. A beautiful Seabee statue greets visitors and reminds all of their proud heritage. Sometimes it's used in parades and is a nice compliment to Rhode Island's other oversized insect statue, the New England Pest Control Big Blue Bug.
By the way, this is the year of the Seabee at the United States Navy Memorial in Washington, DC. Check it out. You do Rhode Island proud, Seabees!
Posted by Gunnar and Sherry at 1:18 PM