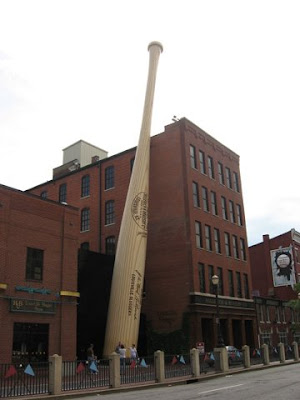 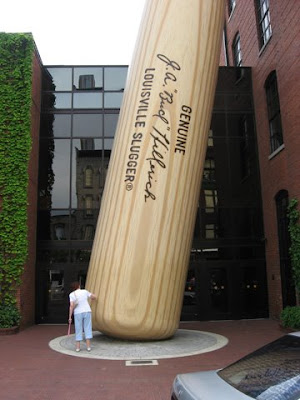 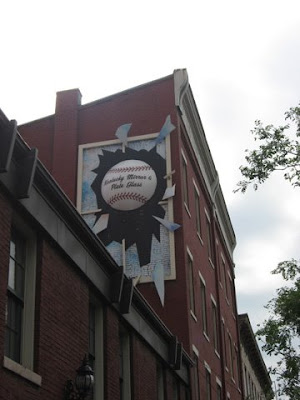 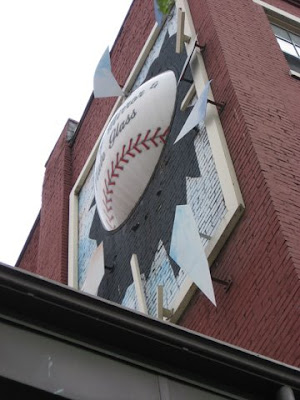 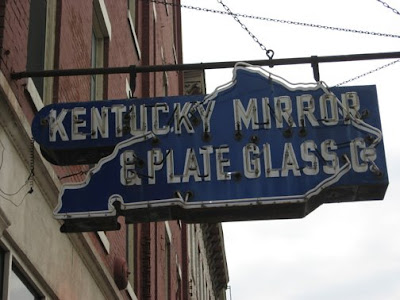 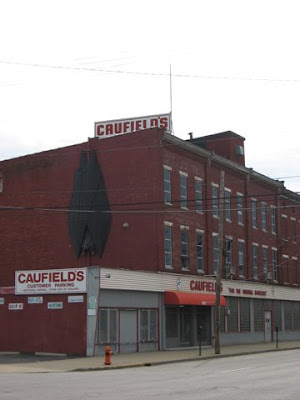 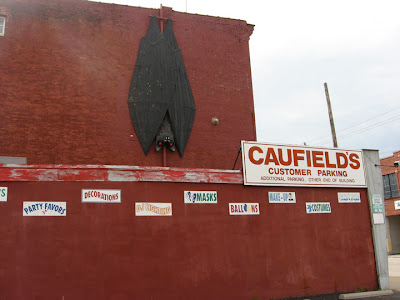 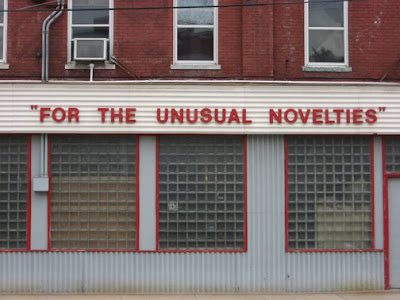 Louisville, Kentucky is home to what all seekers of eccentric roadside attractions love the most, the world's biggest whatever. Actually the world's two biggest whatevers, in this case bats. The baseball kind and the vampire kind. The Hillerich & Bradsby Co. are the proud makers of the Louisville Slugger baseball bat, now in its 125th year. In 1995, they placed the world's biggest baseball bat outside their new company headquarters on Main Street, all 125 feet of it. You don't have to be a baseball fan to see they really knocked it out of the park with this one. It leans surreally against their staid brick building with their burned-in logo on the side of the bat the size of 2 full-grown adults. Inside they have a really big baseball glove, too, but we didn't get a chance to see it as we got there after closing. Next door, the Kentucky Mirror & Plate Glass Company headquarters gets into the act with their rendition of a giant baseball smashing through a window. They go together like peanuts and Cracker Jacks. Less than a mile down the road Caulfield's Novelty Company keeps the bat theme going, albeit in their own kooky Halloween-and-novelty-supply-warehouse way. They're one of the largest theatrical distributors in the nation, actively stocking 1000’s of items including party supplies, hats, wigs, makeup, and, one would assume, fake vomit, too. To compliment the Louisville Slugger down the road, they've got a big scary vampire bat hanging upside down from their spacious headquarters. And bat's the way it is in Louisville.
Posted by Gunnar and Sherry at 12:59 PM

Great stuff- are all the buildings in Louisville made out of red brick? Love the neon!

The giant bat is pretty cool, I've seen that one before...