Baby, what a big surprise: The giant baby of Goodyear, Arizona 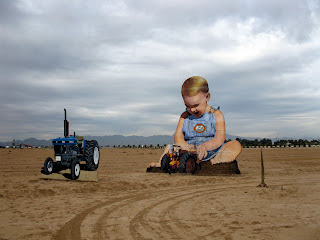 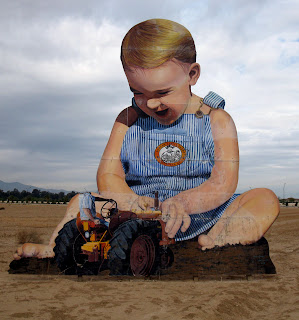 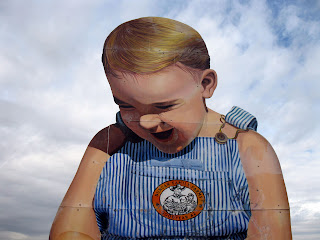 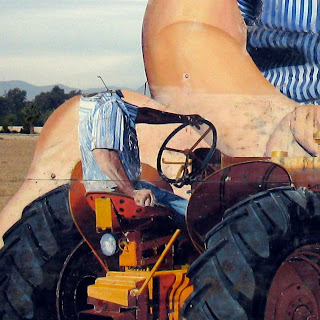 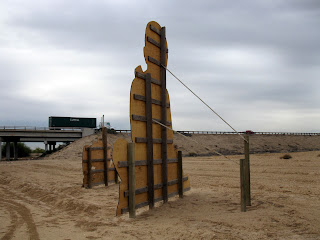 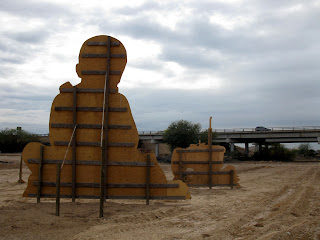 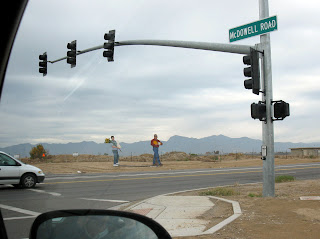 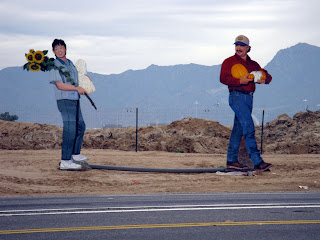 On 2,000 acres of land off Interstate 10 West in Goodyear, Arizona sits a big baby. A really big baby, in fact, 20 feet tall and delightedly playing with a life-sized tractor driven by a headless farmer. It's all the result of a collaboration between Arnott and Kathleen Duncan of Duncan Farms and artist John Cerney, whom they commissioned to create the giant cardboard and plywood infant in 1998. Originally, the baby was joined by other cardboard figures of a larger than life, but not as large as the baby, tractor, and two regular-sized adults trying to coral their huge offspring to play nice with Mr. Farmer Man's pretty tractor. The artworks were originally part of Duncan's vegetable farm and petting zoo, but a local ordinance soon prevented them from operating these businesses on the property, so the field by the highway has remained barren since 2001. Barren, that is, except for the giant baby. The two adults and the separate tractor depictions are now gone but apparently the baby still remains, as it did in 2010 when we snapped these pictures, surrealistically delighting highway commuters. Just down the road stand Cerney's over-sized depictions of two adults carrying produce. To my mind all of these are great works of art, very much in the vein of Pop artist James Rosenquist. Or to quote the great Peter Frampton, "Ooh, baby I love your way".

This made me smile more than I have in a month. Love it to pieces!

Make Me Smile! I get it! But do you really know what time it is?

A CHICAGO and Peter Frampton reference in one post! Well done, but, sadly you are showing your age. But then, this genius blog is all about the "Old Days". But I can't "Look Away:.. I should stop.