Keeping up with the tines: The giant fork in the road of Westport, Massachusetts 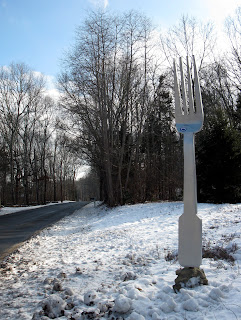 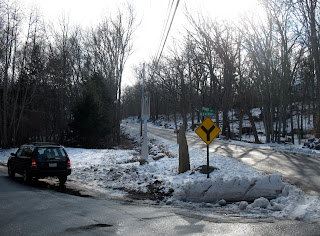 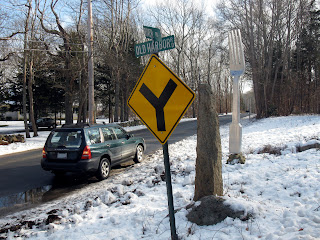 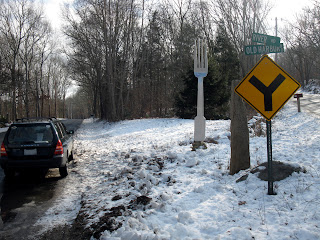 The great Yogi Berra was really on to something when he said "When you come to a fork in the road, take it", at least for us eccentric roadside attraction fans. We live by those words so much, in fact, we put them on our masthead. Some folks have taken to putting up some literal interpretations of these sage words. We came across an awesome example in Rock City, New York a while back and have now been delighted a second time with another fine example of roadside whimsy at the intersection of Old Harbor and River Roads in Westport, Massachusetts. This one is especially awesome because it's in an incredibly lovely neighborhood, with expensive homes overlooking a marshy waterfront sound. Nice to see that well-moneyed folks appreciate a terrible pun just as much as us peasants. Thanks, Westport, and may the forks be with you.

Posted by Gunnar and Sherry at 2:31 PM

I still have to nab the PA version ... but this one is fantastic!

Ha, ha, I love it...but I can never see a fork in the road -- augmented or otherwise -- without thinking of Johnny Carson's Art Fern.

No get out of your car and cut off you Slauson...