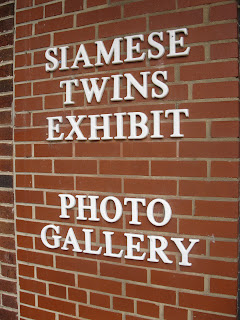 The Chang and Eng Museum is conveniently located next to the Andy Griffith Museum in Mt. Airy. 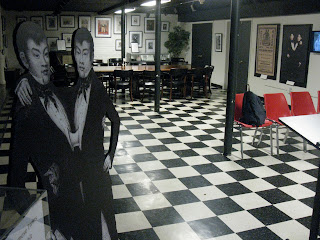 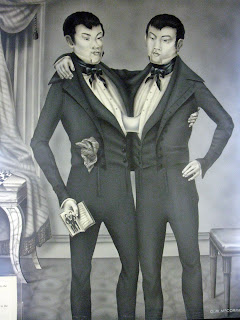 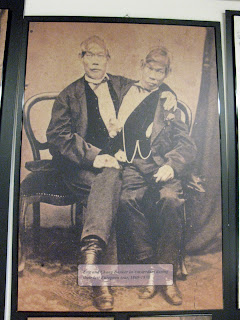 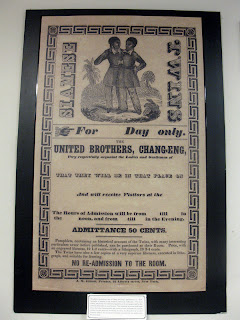 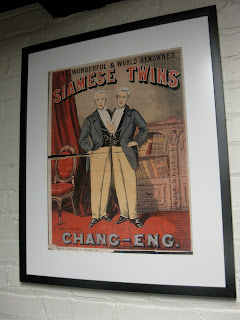 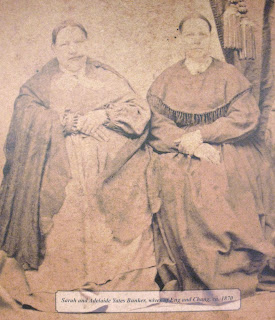 The Yates sisters, aka Mrs. and Mrs. Bunker 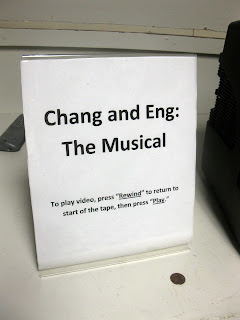 A musical was performed in 1997 and still tours. In 2000, a novel was written and actor Gary Oldman has acquired the film rights. 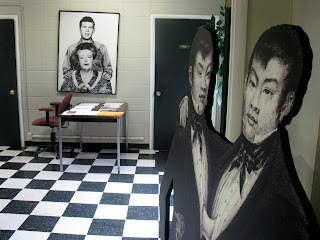 Andy and Aunt Bee aren't the only famous folks to reside in Mayberry. Y'all come back now, y'hear?

We've blogged a bit about the friendly little town of Mt. Airy, North Carolina, Andy Griffith's hometown and the inspiration for Mayberry. What we weren't expecting to see mixed in with Floyd's Barber Shop and Wally's Filling Station is a museum dedicated to Chang and Eng, the Chinese conjoined twin brothers for which the term "Siamese Twins" was coined. It seems the brothers, born in 1811 and joined at the sternum, were "discovered" by a British merchant in 1829 and were paid to travel as a curiosity around the world, eventually going into business for themselves. They settled in the Wilkesboro, North Carolina area in 1839 and were wealthy enough to buy a 110-acre plantation, own slaves and give up touring. Wanting to fit in, they took the last name Bunker (though I'm guessing an American-sounding last name didn't prevent them from still kinda sticking out from the locals) and they married two sisters, Adelaide and Sarah Anne Yates. The couples shared a bed built for four and Chang and his wife had 10 children and Eng and his wife had 11. Boom-chicka-wow-wow. Eventually, the wives had a falling out and two separate households were set up, with the twins, er, splitting their time at each three days a week. The twins died on the same day in 1874. Today their descendants number around 1500 (!) and they had a reunion in 2011 in Mt. Airy to celebrate Chang and Eng's 200th birthday.

It's too bad Andy never used this part of Mt. Airy's history for The Andy Griffith Show. Then again, maybe Gomer and Goober recast as Siamese twins would have been a bit too David Lynch for Mayberry.
Posted by Gunnar and Sherry at 3:39 PM