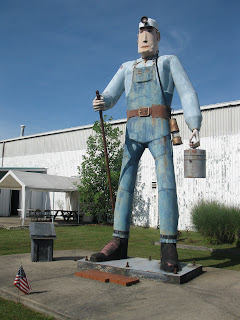 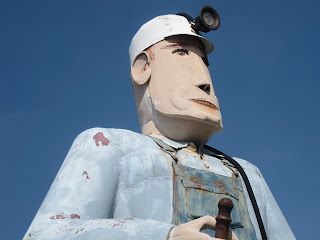 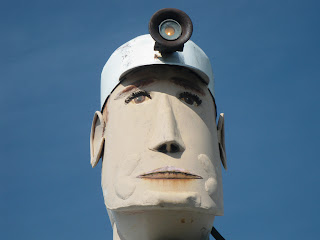 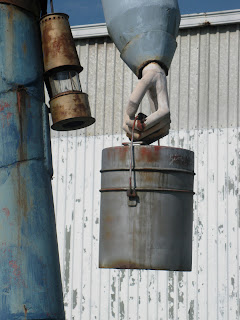 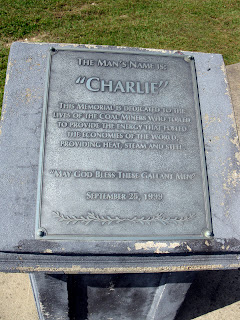 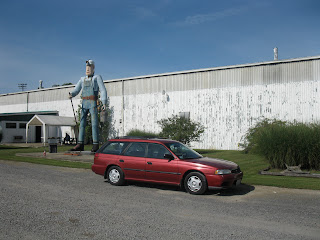 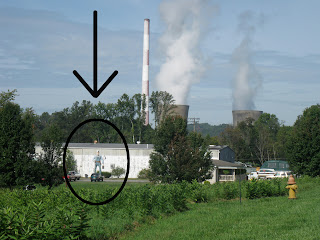 Coal mining is a big deal in West Virginia and in the town of Shinnston, they've got just the statue to prove it. Charlie, as he is known, stands a proud 21 feet tall with his blue overalls, functioning lantern helmet and lunch bucket at the ready in front of the Repair King. He was commissioned in 1999 by a Mr. Phil Southern as a tribute to his father who was killed in a coal mine in 1951 (thanks Debra Jane Seltzer). He's really awesome, in all of his rusted scrap metal glory, standing watch in front of his corrugated metal home and belching towers behind him. He's worth his weight in coal.
Posted by Gunnar and Sherry at 6:17 PM