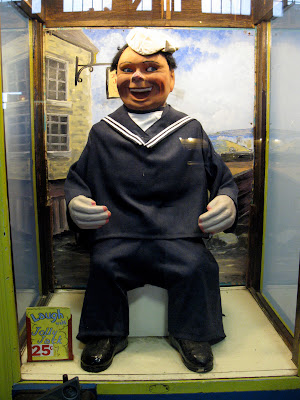 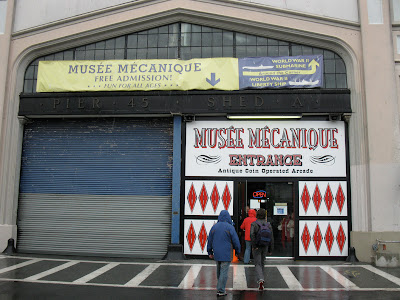 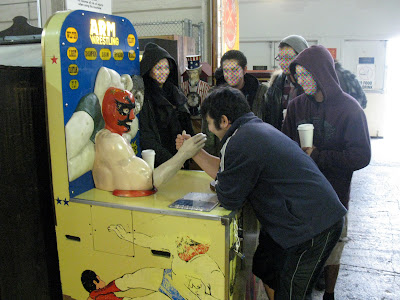 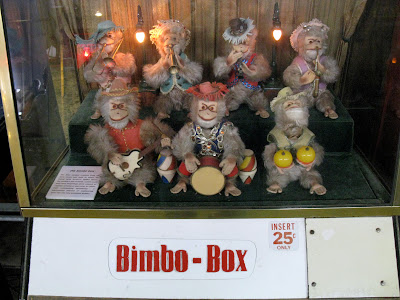 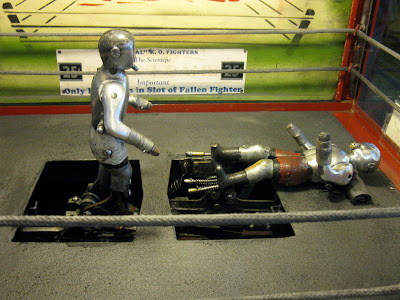 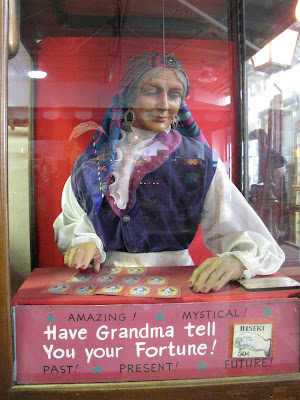 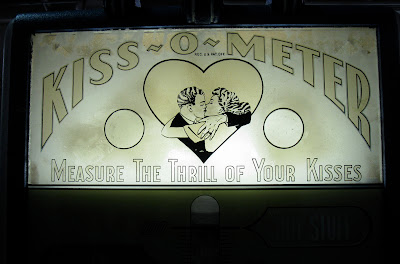 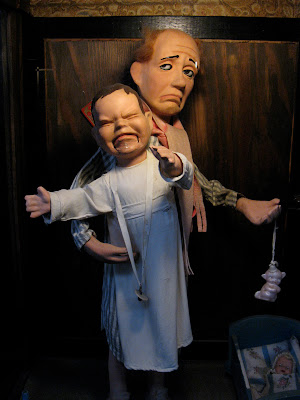 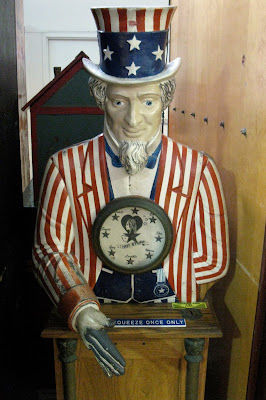 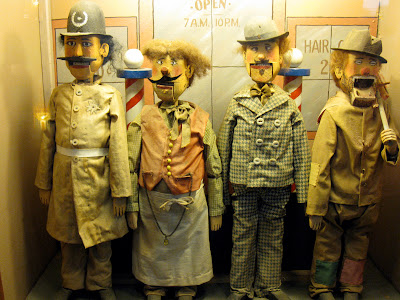 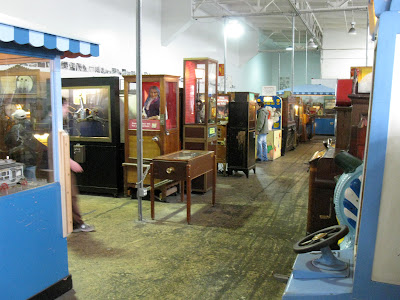 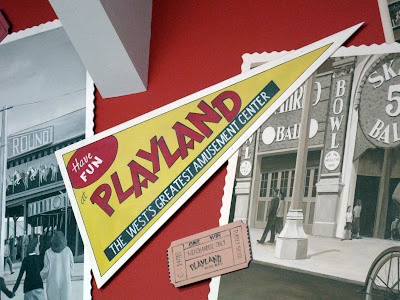 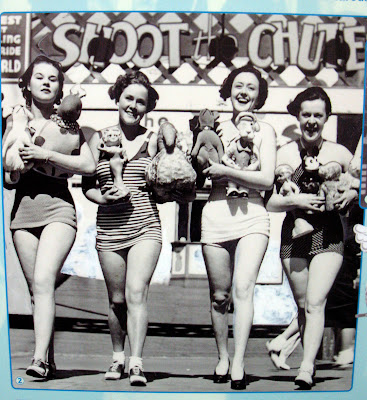 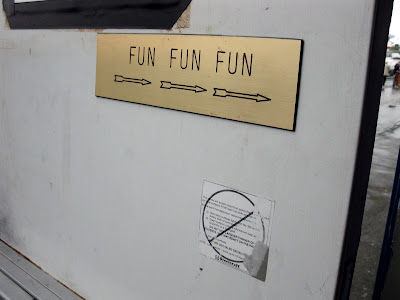 Among the busy seafood restaurants, gift shops and tourist trolley and boatriding kiosks of San Francisco's Pier 45 sits a warehouse full of one of the world's largest privately owned collections of mechanically operated musical instruments and antique arcade museums. The Musee Mecanique is Mr. Edward Galland Zelinsky's astounding collection of over 300 items, dating back about 100 years, including coin operated pianos, antique slot machines, animations and instruments (there's lots more about Mr. Zelinsky here). Want your fortune told? Take that up with Grandma, the Gypsy Fortune Teller. Think you're pretty strong? Challenge the Arm Wrestler. Amorous? Put your libido to the test with the Kiss-O-Meter. The Musee, with its grotesque characters and old, old school entertainment, is like stepping into the movies "Hugo" and "Pee Wee's Big Adventure," not to mention a "Twilight Zone" or two. The warehouse is also a tribute to the Playland At The Beach amusement park, San Francisco's beloved seaside version of Coney Island, popular from the 1920s until it closed in the 1960s.

Be sure to check out these marvels of yesteryear if you're ever in San Francisco, where it's free to get in and you can party like it's 1909.
Posted by Gunnar and Sherry at 9:34 AM

WOW. I want to go to this museum! I am in love with the Bimbo Box, I want to see those monkeys playing music! I love coin op stuff. I have an arcade in my garage at home. Nothing this cool or animatronic though! Too cool!

Thanks for your post about the Musee, we appreciate it.

I should let you know that the Musee Mecanique has a new website at http://www.museemecaniquesf.com

The one you link to is not owned by Dan Zelinsky, proprietor of Musee Mecanique.


It would be great, if you could change your links.

David: The fix is in! Thanks for stopping by.

I’m very glad to found this website because; it carries awesome and actually good data in favor of readers.

I recently came across your blog and have been reading along. I thought I would leave my first comment. I don't know what to say except that I have enjoyed reading. Nice blog. I will keep visiting this blog very often..

You have remarked a very informational blog post in your column. I enjoyed reading it and looking forward for your next blog post.

I really enjoyed reading your article. I found this as an informative and interesting post, so i think it is very useful and knowledgeable. I would like to thank you for the effort you have made in writing this article.

Thanks for sharing your article and for giving us the chance to read it. It is very helpful and encouraging. Visit my site too.

I am very happy to locate your website. I just wanted to thank you for the time you spent on this great article. I definitely enjoyed reading it and I have you bookmarked to check out new stuff you post.

Oh my goodness! an amazing article dude. Thanks However I'm experiencing concern with ur rss . Don’t know why Unable to subscribe to it. Is there anyone getting similar rss drawback? Anybody who is aware of kindly respond. Thnkx online casino gambling

There are some fascinating points in time on this article however I don’t know if I see all of them middle to heart. There's some validity however I'll take maintain opinion until I look into it further. Good article , thanks and we want extra! Added to FeedBurner as nicely online gambling casino