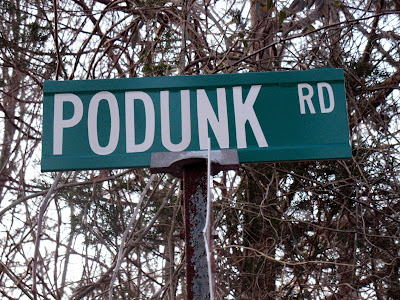 The middle of nowhere, you say? Wikipedia and I beg to differ:

Other areas known as Podunk include:

Posted by Gunnar and Sherry at 4:11 PM

I have referred to Podunk several times in my life, but this is the first I heard there was an actual town of Podunk. That is funny.