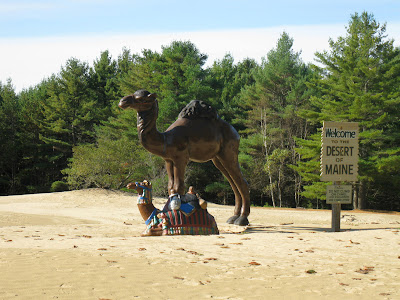 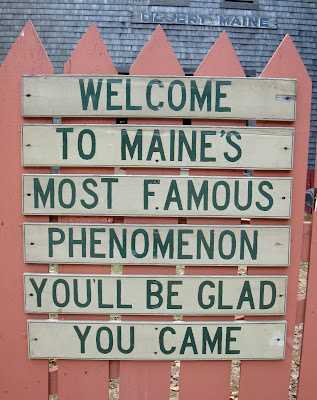 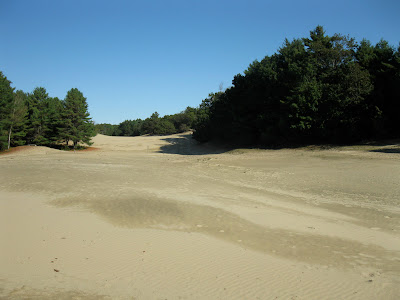 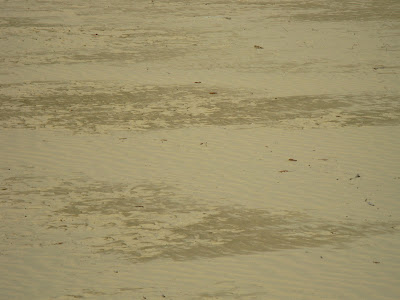 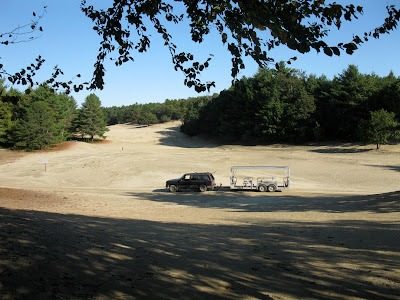 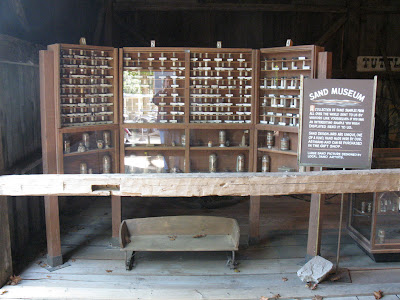 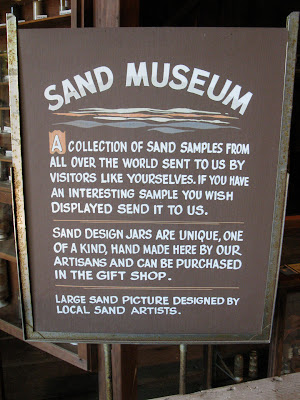 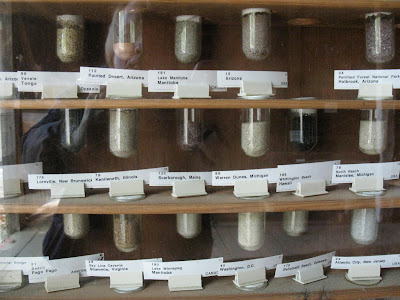 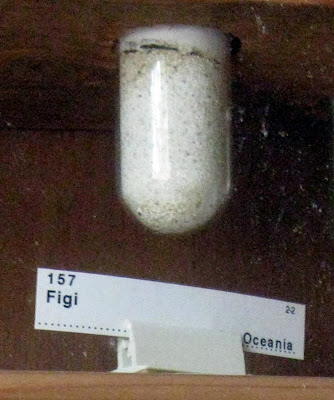 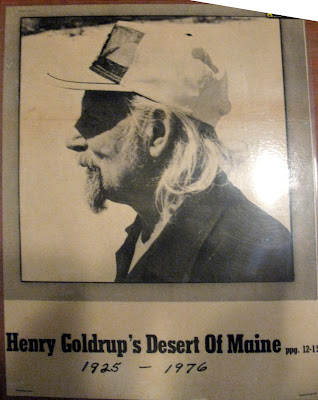 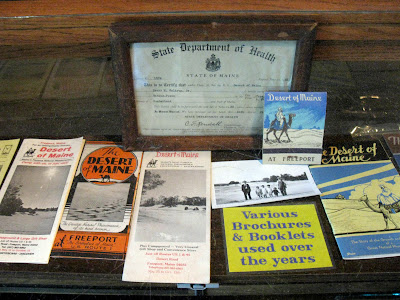 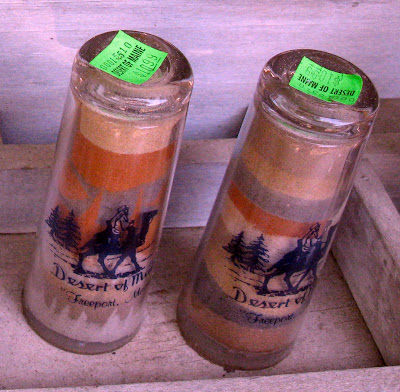 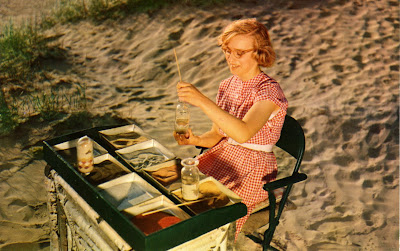 This great vintage postcard was for sale in the gift shop. Published by Bromley & Company, Inc., Boston, 15, Mass.
The great state of Maine is known for its piney terrain, rocky coast, cold weather, moose, lobsters, and a desert. A desert? Ay-yah, a desert. The Desert of Maine, to be precise, in the small coastal town of Freeport (home of L.L. Bean), a little north of Portland. But unlike the Mojave, Gobi, or Kalahari, this desert is the result of man's folly. If you go back 10,000 years (the good old days), glaciers left a sandy silt all over southern Maine. Then, over the next centuries, topsoil formed, allowing vegetation and agriculture to grow. A Mr. William Tuttle bought 300 acres of this land in 1797 and farmed it successfully for decades, but eventually, poor crop rotation and overgrazing by sheep ruined the soil and caused it to erode -- so much so that that layer of Ice Age silt became exposed and claimed the farm and its buildings despite the Tuttles' best efforts. Having lost the farm, they tried using the sand for brick making, but the sand was lousy for that, too, and the bricks fell apart. In 1917, a Mr. Henry Goldrup bought the place and hit pay dirt by turning it into a tourist attraction. In 1925, The Desert of Maine opened for business and it's been a thriving mecca for eccentric roadside attraction fans ever since, bringing in 30,000 curiosity seekers a year in recent times. A guided half-hour trolley tour takes you across the 40-acre property, a lot of which has been reclaimed by grass and trees. You're riding on a 50-plus-foot sand dune, reminiscent of a ski slope, but with sand instead of snow. Our friendly guide Nate gave us all kinds of information about the geology and how the sand basically took over the place like a slow-moving tsunami. Originally, and in keeping with the desert theme, live camels roamed the place and greeted guests, and employees dressed in Bedouin garb. Unfortunately, camels are not the most hospitable animals, and when the stink and spitting became too much, they were given to a local zoo. Donkey carts were used for tours and this proved successful until local officials insisted a full-time veterinarian was required for any business employing animals thusly, so they were replaced by today's truck-pulled trams. An added bonus for today's tourists is the Sand Museum located in an adjacent barn, featuring vials of sand from as far away as Figi and Alaska. They also have a retro-tastic gift shop and campground.

So if you find yourself in Freeport, Maine, don't bury your head in the sand...check out the Desert of Maine. I double dromedary you.
Posted by Gunnar and Sherry at 6:45 PM

I remember visiting the Desert of Maine years ago and they offered blankets to cover you in the cart if it was cold out. So glad to see it's still around - totally Retro Roadmap worthy!

A Maine course followed by a cool desert! I love it! Who knew there was a desert in Maine!

Hello I'm interested in using a few of your Desert of Maine photos and was wondering if you would grant me permission. Do you have an email address where I can contact you with the details? Thank you