Breaker number nine, put your ears on me now: The World's Largest Truckstop of Walcott, Iowa 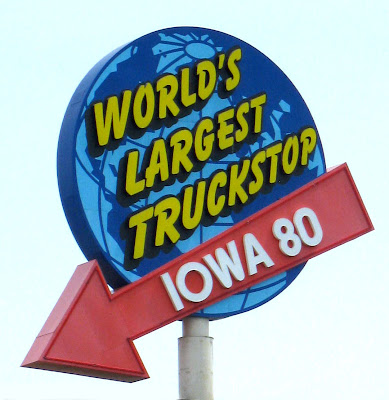 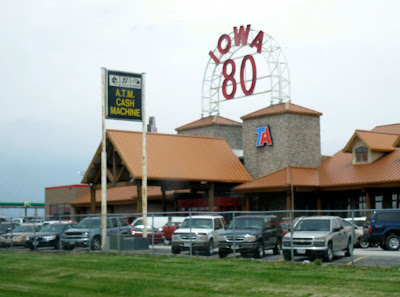 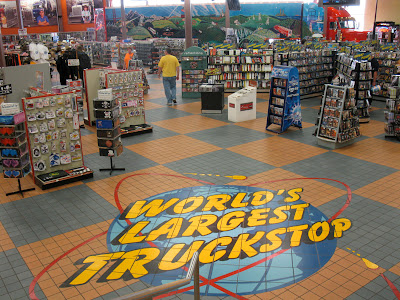 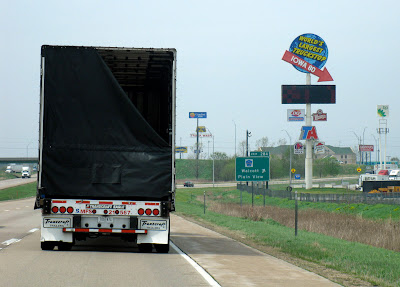 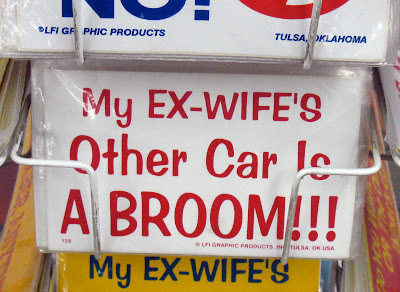 Way to keep it classy. 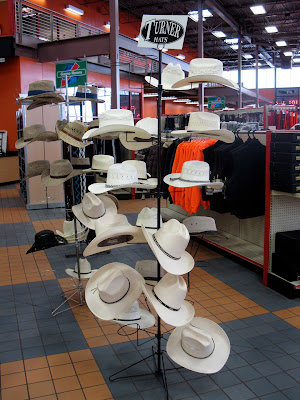 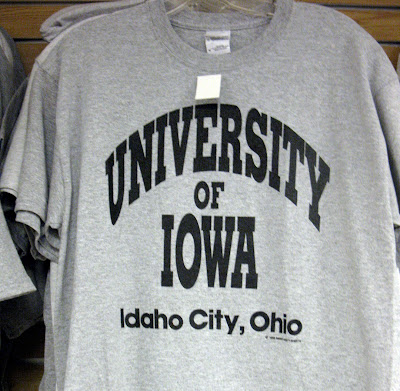 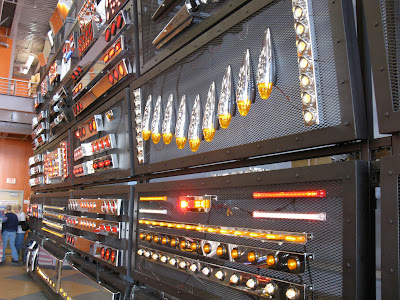 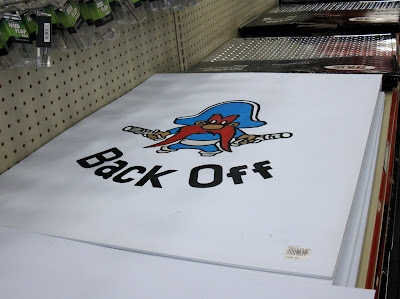 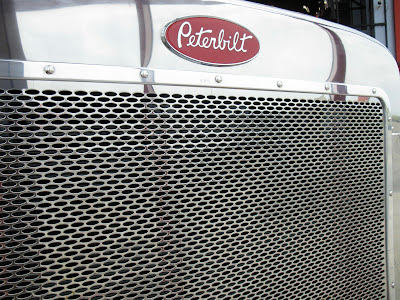 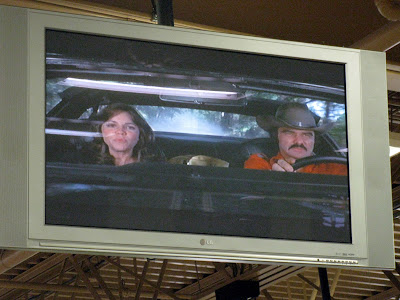 They've got "Smoky and the Bandit" on DVD, in case you've worn out your copy. 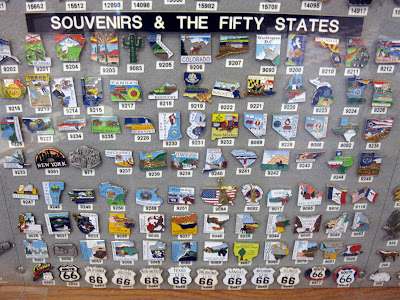 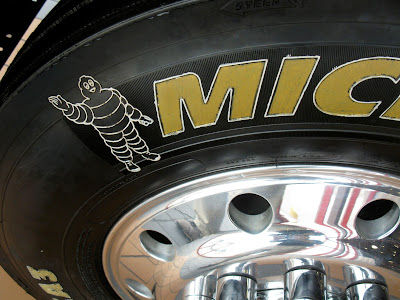 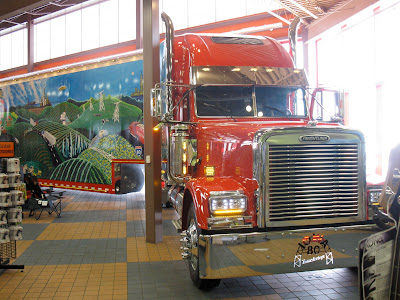 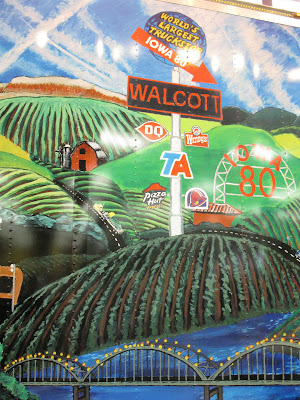 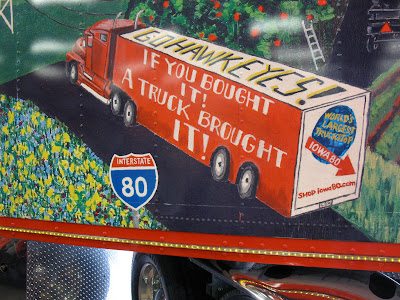 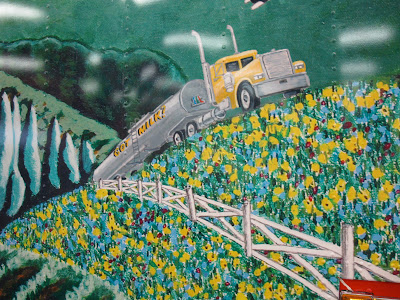 In 1964, the Standard Oil Company opened a small truckstop in Walcott, Iowa on the then-brand new Interstate 80 that offered one lube bay, a truckers store and a small restaurant. Forty-seven years later, that location is known as Iowa 80: The World's Largest Truckstop and in it you will find a 300-seat restaurant with a 50-foot salad bar, a two-story 30,000-square-foot Truckers Warehouse with chrome accessories, books, DVDs, CB radios, bumpers, custom built show trucks and a 20-by-40-foot wall displaying 500 illuminated truck lights, 24 private showers, a 60-seat Dolby Surround Sound movie theater, the Driver’s Den lounge with leather chairs and a fireplace, two game rooms, an embroidery center, a vinyl graphics shop, a barber, a dentist, a truck service center, a Truckomat truck wash, a CAT Scale, a huge fuel center, a Wendy’s, a Dairy Queen, a Blimpie, an Orange Julius, a Taco Bell, a Pizza Hut, and enough parking for 800 tractor-trailers, 250 cars and 20 buses. There's also a trucking museum housed in its own separate building that, alas, was closed the day we stopped by last spring. There was still plenty to see, though, in this trucker's Mecca of the Midwest. A half-hour of browsing, two large sodas, a T-shirt and 10 gallons of Regular later and we were on our way west. 10-4.
Posted by Gunnar and Sherry at 4:47 PM

WOW! That is honkin' huuuuuuuge!

This joint makes our tiny little Rhode Island truck stop look puny in comparison! This post just adds to the disappointment I feel when I pass our place. Maybe the false advertising they have at the truck stop is more to blame. The sign at the "Truck and Auto" plaza states that it is "RI's largest T & A Plaza." Well, I guess I was thinking of a different kind of T & A, because there wasn't any of the stuff I was thinking about happening in there!

Bill, I believe the T&A Plaza is right next to BootyWorld, where you'll find a vast assortment of footwear. I also believe the Iowa truck stop is actually bigger than R.I.