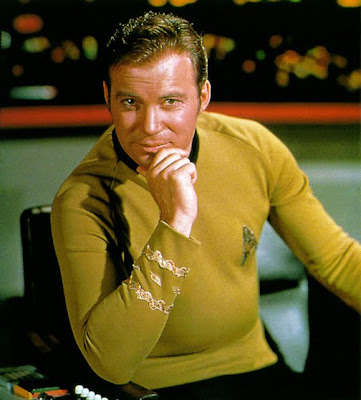 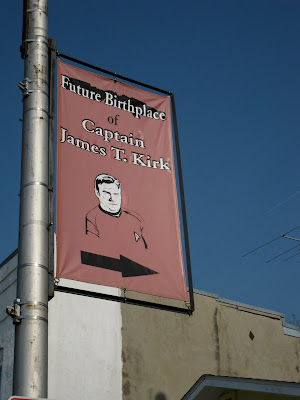 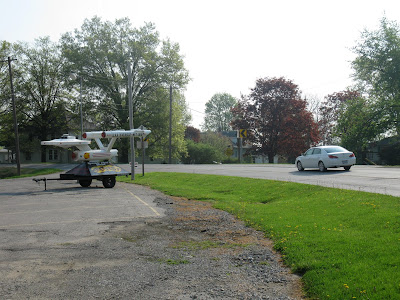 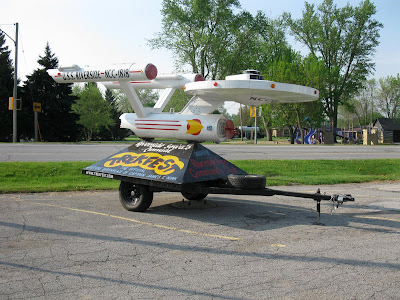 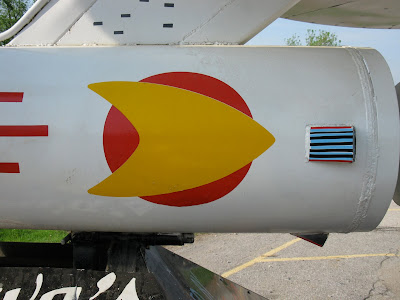 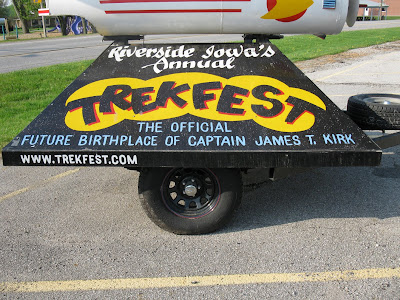 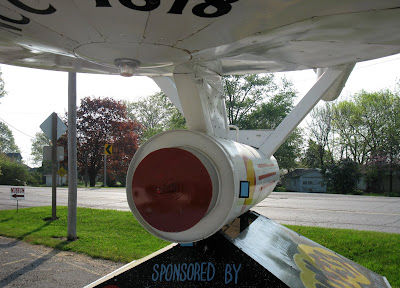 I've given her all she's got, Captain. I can't give her no more. 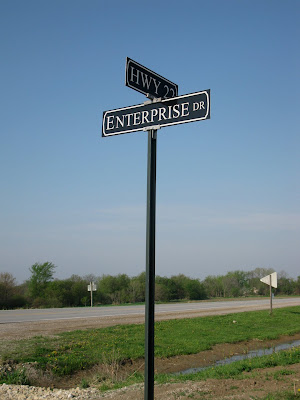 Dammit, Jim! I'm a doctor, not a city planner. 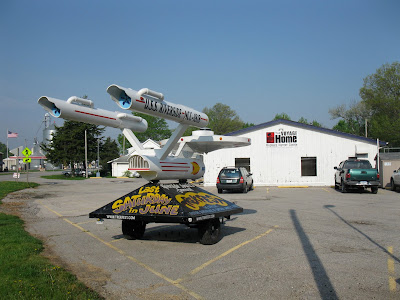 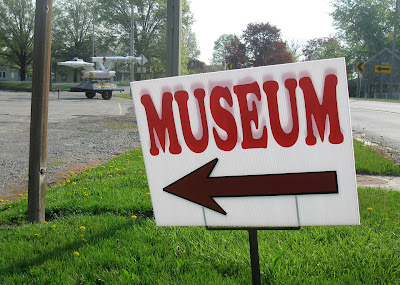 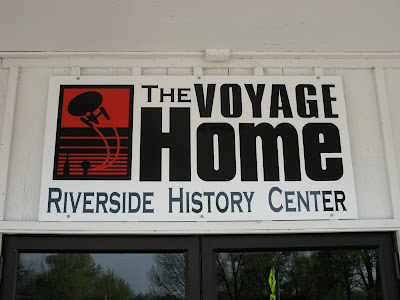 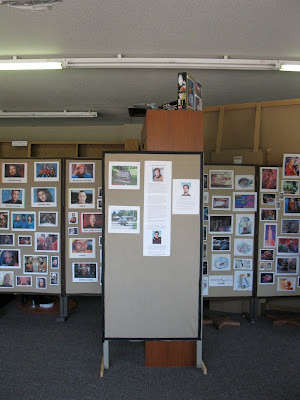 Set phasers to stunning, as in a stunning display of Star Trek-abilia. 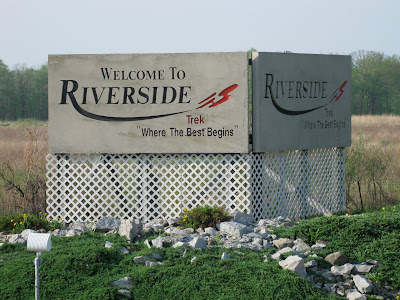 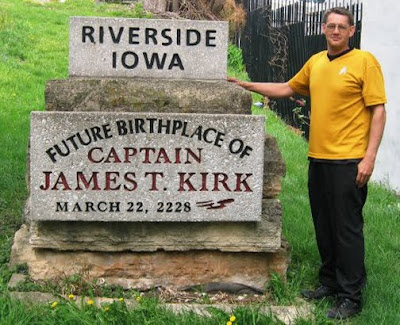 He's not dead, Jim: Riverside, Iowa's Trek Fest President Ken McCracken. (This picture comes from their awesome website.)
Gene Roddenberry, the creator of the landmark TV series "Star Trek", states in his book "The Making of Star Trek", that his lead character, Capt. James Tiberius Kirk, was born in the year 2228 in the state of Iowa. Seizing an opportunity to bring notoriety to his southeastern Iowa town, a Mr. Steve Miller (not the big old jet airliner guy, but another Steve Miller) suggested to his fellow Riverside, Iowa City Council members that Riverside declare itself the future birthplace of Capt. Kirk. The council agreed, got Roddenberry's blessing and found its place in the hearts of velour pullover-wearing Trekkies everywhere. There's a plaque near the Community Club declaring Riverside's Kirk connection and in a modest strip mall, you'll find The Voyage Home Heritage Center and Star Trek Museum, featuring two rooms of eastern central Iowa history and Star Trek memorabilia. Best of all, they have a truck-sized scale model of the Starship Riverside, a legally acceptable facsimile of the Starship Enterprise, parked on a trailer in the museum's lot along Highway 22. It was quite a sight to behold as we rounded 22's bend and saw it, ready to explore strange new worlds, to seek out new life and new civilizations, and to boldly go where no man (or eccentric roadside traveler, at least) has gone before. Unfortunately for us, we were in Riverside on a Sunday when the museum was closed but a tantalizing peek in the window showed lots of photos and information ready to be taken in by Trekkies and non-Trekkies alike. Riverside was declared Capt. Kirk's hometown in 1985 and every year since they have held a Trek Fest the last weekend of June. In previous years, they've had parades with the likes of Walter Koenig (Mr. Chekov), George Takei (Mr. Sulu) and Nichelle Nichols (Lt. Uhura), and this past June's shindig looks like it was out of this world: a pet show, demolition derby, scifi swapmeet, costume contest, golf cart rodeo, Gunny the Clown and the ever-popular Pin the Lobes on the Ferengi.

So here's to you, Riverside. Live long and prosper.
Posted by Gunnar and Sherry at 4:07 PM

Now it's beam me up to Riverside, Iowa.

They should add an adopt a tribble event to this years festivities! What a clever guy that Steve Miller was, he really put his town on the map and made it out of this world at the same time!

So cool! I must go. Interesting how in the Trek reboot the Enterprise is being built right there....